THOUGH their glory days, when they were one of the top clubs in the country, are long behind them, Hunslet have always been among rugby league’s most innovative and forward-thinking institutions.

Founder members of the Northern Union, 125 years ago this month, the south Leeds side were the first to achieve the feat of winning ‘all four cups’, when – led by one of the sport’s early superstars, Albert Goldthorpe – they took the Yorkshire Cup, Yorkshire Championship, Challenge Cup and Championship trophies to Parkside in 1907-08.

Hunslet played in front of a world record crowd, 54,112, when they defeated Leeds in the 1938 Championship final at Elland Road and were pipped in one of Wembley’s great finals 55 years ago, their stand-off Brian Gabbitas being named joint man-of-the-match with Wigan full-back Ray Ashby, the first time the Lance Todd Trophy had been shared.

In the 1970s, New Hunslet used gridiron-style tuning fork goalposts when they played at Elland Road greyhound stadium and in more recent years the club have pioneered a new management model, being owned and run by their fans.

David Plange, one of a shockingly limited number of black men to have coached at professional level, led Hunslet Hawks to the Northern Ford Premiership title – and the brink of Super League – in 1999, but the club have longer-standing, less well known credentials as equality pioneers.

More than a century ago, in January, 1912, Hunslet made history when they gave a debut to American wing Lucius Banks, the first black player to play professional rugby league.

Born in Virginia in 1888, Banks moved with his family to Arlington, just outside Boston, Massachusetts, when he was a young boy.

After attending Arlington High School, where he pitched for the student baseball team, he joined the US Army’s 9th Cavalry.

Based at West Point Military Academy, where he taught horsemanship to white cadets, he was playing American football, as a quarterback for the college team, when he was spotted by a Hunslet committee man who was in the area on business.

The representative, who Collins has been unable to identify, made a report to Hunslet’s board and they signed Banks later that year, after writing to his commanding officer to request a release from the Army.

Though a photograph exists of a black player with the Pendlebury amateur team in 1903, Banks broke new ground in the professional game when he scored a try in his first appearance for Hunslet, against York at Parkside.

“It is a really interesting story,” said Collins, whose book, The People’s History of Rugby League, will be published this month.

“It shows the way in which the game is always looking beyond its heartlands, the fact they would contemplate an American footballer who had never even been to Britain.

“Also, the fact he was black had no impact on the club at all; it was not a factor in their signing of him or anything to do with his career there.”

Though the colour of Banks’s skin was not mentioned in Hunslet’s programme, sadly, and embarrassingly for those employed by the newspapers 108 years later, the Yorkshire Post and Yorkshire Evening Post did not share the club’s perspective.

The former objected in print to the “gimmick” of “coloured players from America”, while the latter used a racial slur in a headline referring to Banks.

“It is only the newspapers who tried to make an issue of it,” says Collins.

“To Hunslet the colour of the player’s skin did not matter.”

In fact, Collins has discovered: “It is interesting that Hunslet asked for an apology at the time.

“Though none was made, it is a good example of how the idea that everybody was like that at the time is not true.

“I have not found anything in newspaper reports or the Hunslet minutes about racism directed towards him on the pitch or from crowds.

“The only controversy was when he was mentioned in the Yorkshire Post and the Evening Post and I think the fact the club was offended by that and asked for an apology demonstrates what the general feeling was.

“The club felt it was representing the community and had to do something to defend one of its own.”

Collins believes the diverse nature of Hunslet at the time explains the club’s willingness to bring in an outsider.

He says: “Obviously, things have changed, but at that point Hunslet was a community club, it was a working-class community and, like a lot of other places, there were people from all sorts of backgrounds who would come in search of work and make their home there.

“The club reflected that.”

Having made an impressive start to his northern union career, Banks touched down in each of his first four matches, playing outside future Hall of Fame centre Billy Batten.

He was moved, possibly because of his quarterback experience, to stand-off the following season, but decided to return to the States that December, leaving with the club’s best wishes.

Collins feels rugby league’s willingness to focus on the player rather than the colour of his skin is something the sport should be prouder of.

He points out: “In the 1930s there were black players playing international rugby league, long before they were playing for England at football or became fixtures in the England rugby union team, which was in the 1980s.

“I don’t think we make enough of it. Sometimes it is used to avoid dealing with issues about race and different communities today; people can use that as an excuse not to do anything, by saying we’ve always had a progressive policy.

“But on the other hand, it is what marks rugby league out as different from other sports. Up until the 1940s there was a colour bar in boxing, so if you were a black boxer you couldn’t fight for a British title.

“It wasn’t removed until the late 1940s, which is the time Roy Francis was playing for Great Britain and Cec Thompson making his debut for Hunslet.”

Following his return across the Atlantic, Banks went on to serve in the First World War, joined the Boston Police Department and, after a long and eventful career, marred by racism from within and outside the service, died in 1955. Flags on public buildings in Arlington were flown at half-mast 0n the day of his funeral.

His son, Richard L Banks, was a civil rights lawyer in Boston and later a judge. 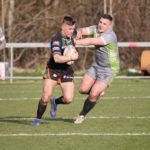 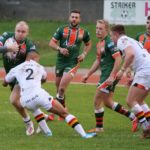 Chrimes happy to remain at Hunslet 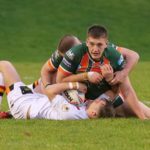 King crowns an impressive start at Hunslet by remaining for 2021