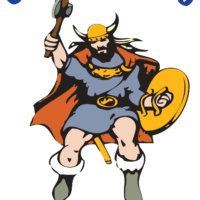 Hunslet were first on the scoreboard through Will Cooke after 7 minutes, but Oulton pulled the score back to 6-4 a few minutes later.

On 18 minutes Jack Lee crossed the whitewash to score the first of 42 unanswered points as Hunslet built up an unassailable lead. First half tries from Brad Foster, Cain Southernwood, Jimmy Watson and Nyle Flynn followed and the teams went at the interval with Hunslet ahead 36-4.

The second half continued the misery for Oulton. Hunslet scored through Nathan Chappell, a second for Nyle Flynn, Ryan Mallinder, Tom Ashton, Joel Gibson and Liam Mackay on the hooter. Oulton scored two converted tries in the second half.