Hunslet to kick off 2021 campaign at home to Workington Town

HUNSLET Rugby League club will launch their assault on the 2021 Betfred League 1 title with an attractive home fixture at their South Leeds Stadium citadel on Sunday 9th against Cumbrian outfit Workington Town.

The Parksiders, who were top of the table when last year’s campaign was brought to a premature conclusion by the Covid-19 lockdown, are again expected to be among the front-runners under head coach Gary Thornton.

He said: “The announcement of the fixtures by the Rugby Football League has given the players and the coaches – including me – a boost.

“We’ll all have something definite to aim for when training resumes in around a fortnight, and I’m sure our loyal and fantastic supporters will also be excited. Having been in pole position when fixtures were halted last March, we’ve unfinished business to complete and we’re all chomping at the bit.”

As things stand games will, until such time as lockdown restrictions are eased, be played behind closed doors, although Hunslet are working with the Rugby Football League on proposals for live streaming of matches.  “We’d obviously love our fans to be at our fixtures, they give us tremendous and important backing and they deserve to have some live Rugby League to enjoy,” said Thornton.

“Before the League 1 season starts, though, the Covid-19 landscape could have changed, with Super League and the Championship set to start first. Hopefully crowds will be allowed in – it would be nice to think that our supporters will be able to attend our first two home games, against Workington and Barrow, and will be able to travel to North Wales Crusaders and Keighley Cougars with us in what is an exciting programme in May.”

Hunslet’s regular season will close with the return fixture with Workington, at Derwent Park, prior to play-offs to determine which of five sides will join the eventual champions in gaining promotion to the Championship.  “We’re naturally targeting top spot,” said Thornton. “Six or seven other teams will be similarly minded in what looks like being an exciting competition, with league positions important in determining home advantage and favourable pairings in the play-offs.

“We will be aiming for a strong start to the season, like everyone else, and we’ll definitely be seeking to arrange a full contact friendly in April.” 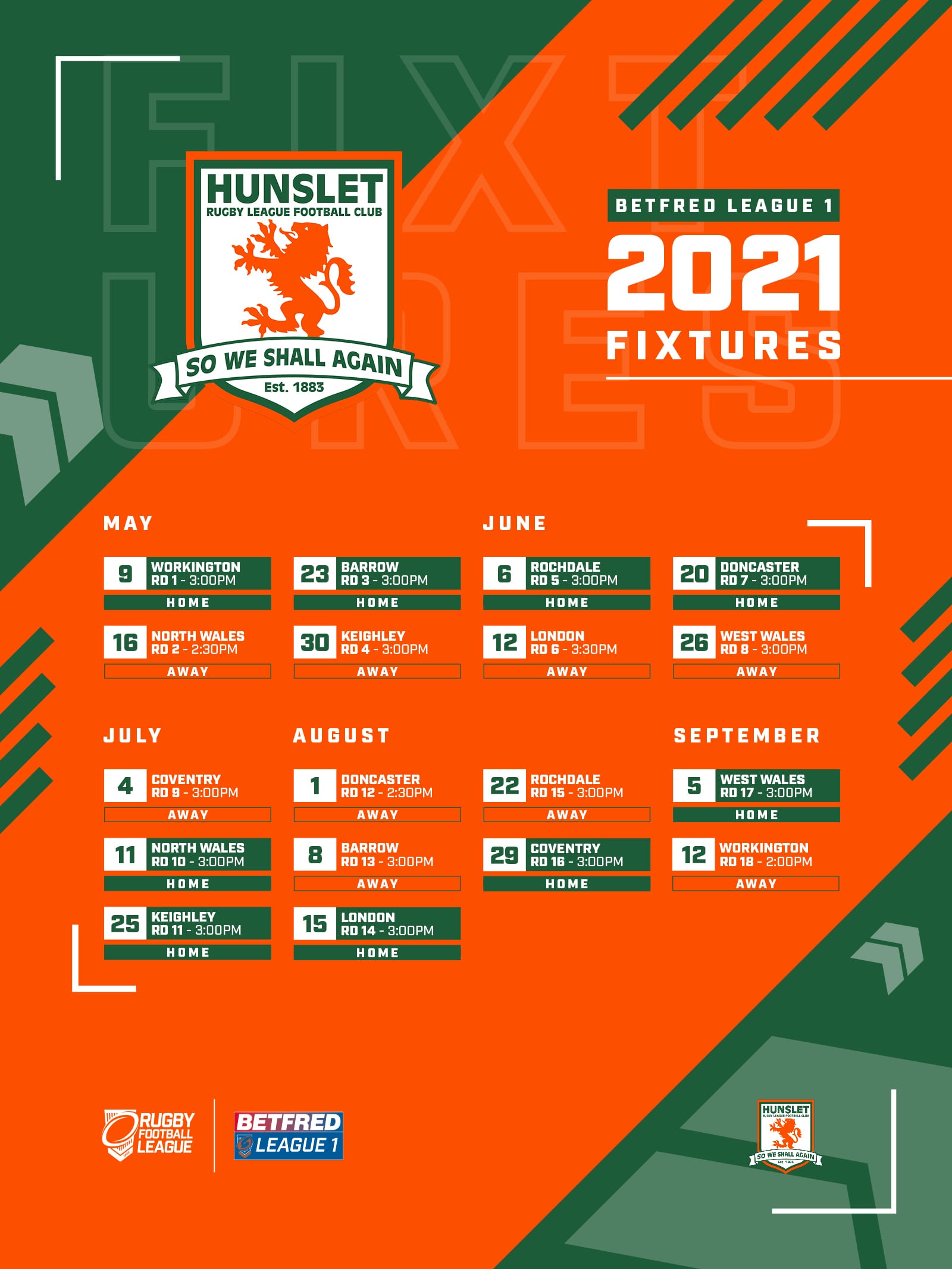