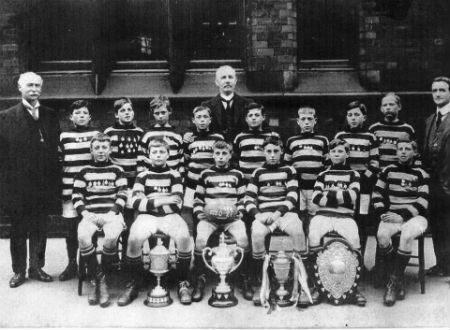 Collins – Rugby League’s leading historian – introduced the event with a selection of photographs of the Parksiders’ glorious past, including several surrounding the All Four Cups feat of 1907-08, when Hunslet became the first Rugby League club to pull off a `clean sweep’, and the south Leeds outfit’s inaugural appearance at Wembley in 1934.

Boothroyd reflected on the history of schools’ rugby in the area, focusing largely on the all-conquering Hunslet Carr sides of the 1920s and the Clapgate teams of the 1970s, as chronicled in his recently published `The History of Schools’ Rugby League in Leeds’.

And former prop Pryce, who is a member of Hunslet’s Hall of Fame, regaled those present with insights into the 1997 Plate Final at Wembley, and the 1999 Northern Ford Premiership Grand Final triumph.