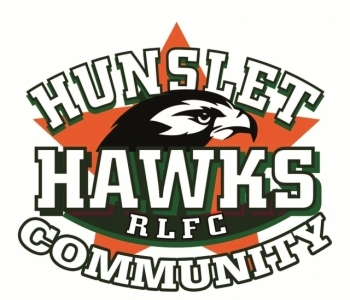 To celebrate the beginnings of rugby in Leeds, the Central Library has arranged a series of talks and an exhibition.   In 1864, an advert was placed in the local paper asking for anyone interested in forming a rugby club to come to Woodhouse Moor.  From this small beginning, the sport of rugby union and then rugby league took hold in schools, clubs and professionally.

Our own heritage team of Jarvo, Stuart Keane and Pat Benatmane have ensured the name of Hunslet is prominent in the exhibitions and which consists of 2 cases of memorabilia, including a famous Hunslet shirt.  There are also several large panels packed with photographs, one for each of the decades as well as schools rugby. Again, Hunslet is well-represented with reproductions of many historical moments from our past.

Along with the exhibition are 2 free talks:

Hunslet will also be holding 2 events at the Stadium to tie in with the exhibition:

Thurs 22 May “Playing the Joker” –  a play about Eddie Waring
Fri 25 July “Celebration Dinner” with many former players from different eras.
Both are not to be missed.