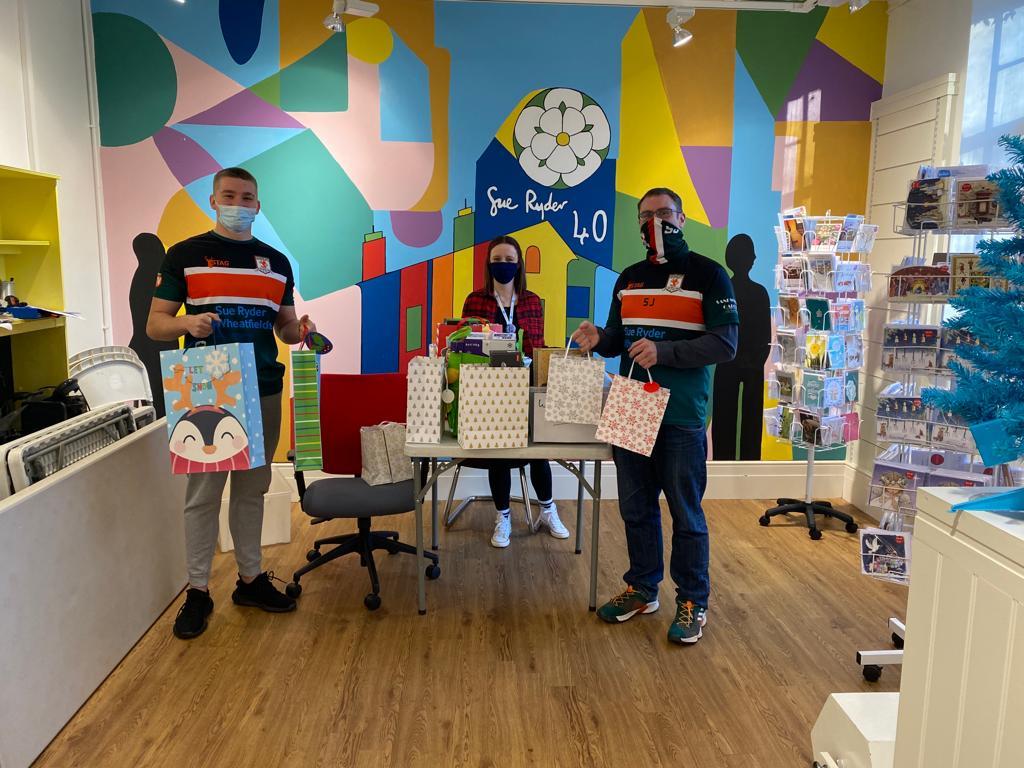 The initiative, which has been driven for several years by the dynamic duo of Trevor Brown and Scott Johnson, is being repeated in 2022 despite the former’s recent retirement from his duties as kitman.

Scott, who has taken over Brownie’s role in addition to continuing to compile match-day videos for use by head coach Alan Kilshaw and his staff, said: “Apart from arranging sponsorship of the tops a couple of years ago we also donated gifts, many from players, for the families of the patients.

“Our current squad, which includes quite a few lads who have only signed on recently for Killer’s revamped squad, has been very keen to repeat the exercise and we called at Wheatfields before Christmas with this year’s gifts.

“It’s a fantastic cause which means a great deal to us, and we’ve been only too happy to help again.”

Michelle Darbyshire, Community Fundraiser at Sue Ryder Wheatfields Hospice, said: “The support Hunslet RLFC have shown us is incredible. We can’t give a person more time at the end-of-life, but we can make that time better, meaning more time to hold hands, hug and more time that can be filled with love this Christmas.

“The presents for patients and their families, who will sadly be in the hospice over Christmas, is such a kind, thoughtful way to make sure everyone gets the Christmas they deserve. Thank you to all the players and staff from the club who have contributed and for the ongoing support of the hospice. You’re all amazing.”