Hunslet Stars of the Future 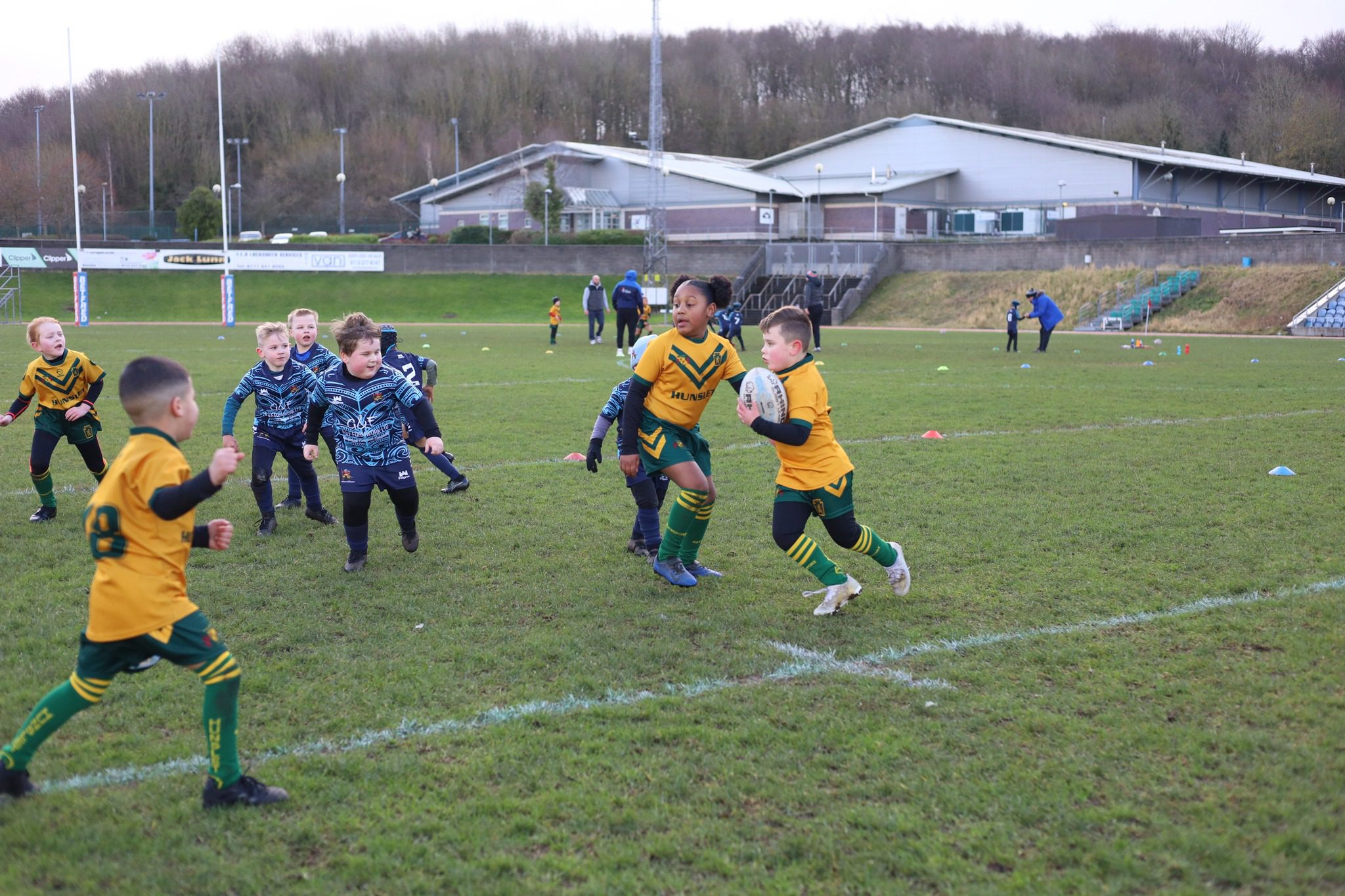 Alan Kilshaw’s youth policy really ramped up at the weekend as the Club welcomed players from the Under 7 and Under 8 teams from Hunslet Warriors, Hunslet Club Parkside and Whinmoor Warriors who took part in a series of games prior to Hunslet’s annual pre-season fixture against Leeds Rhinos.

Four mini-pitches were set out in the South Leeds Stadium so that the youngsters were all involved at the same time – it was too cold to be standing around waiting!

Everyone enjoyed themselves, including the sizeable crowd of parents and other relatives – and maybe the odd scout looking for new talent?!

Thanks to the Hunslet Rugby Foundation, the coaches of the teams involved, who organised and encouraged their young players, and especially to Lee from Hunslet Warriors who was the chief organiser of everything on the day.

We look forward to welcoming them all back as supporters and players in the near future. 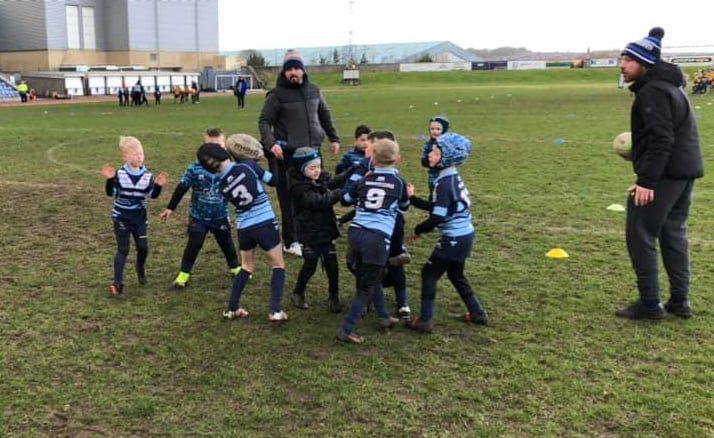 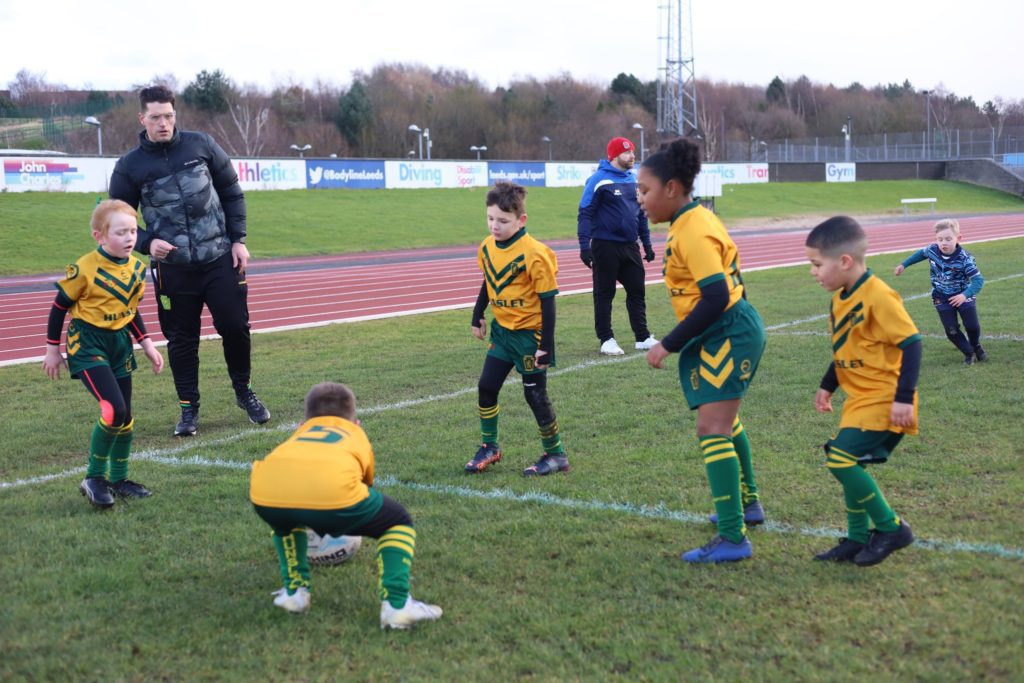 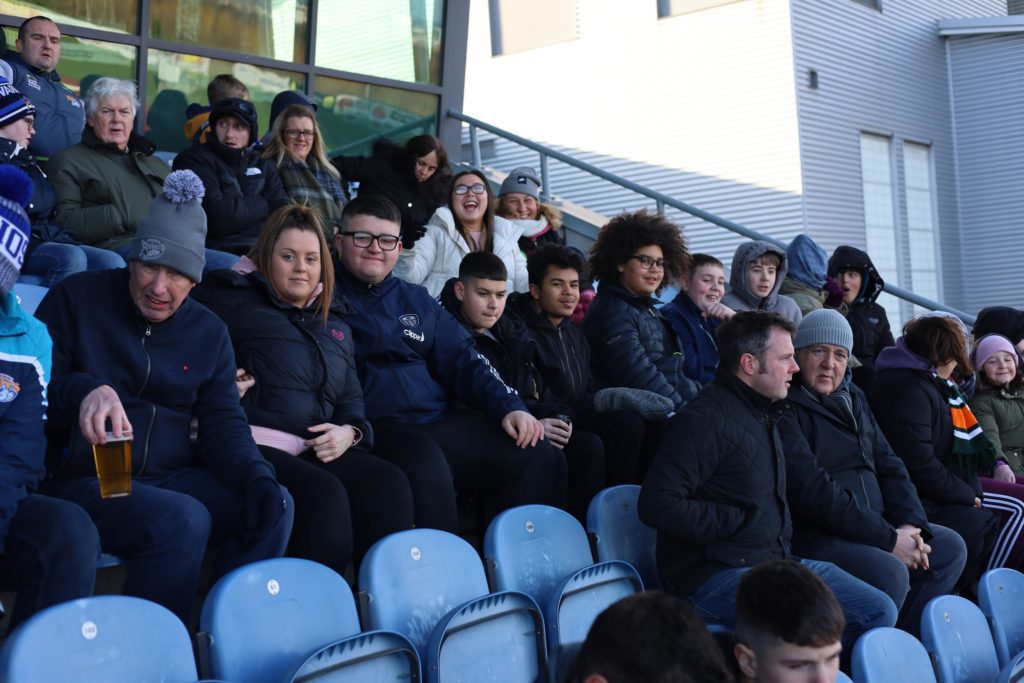 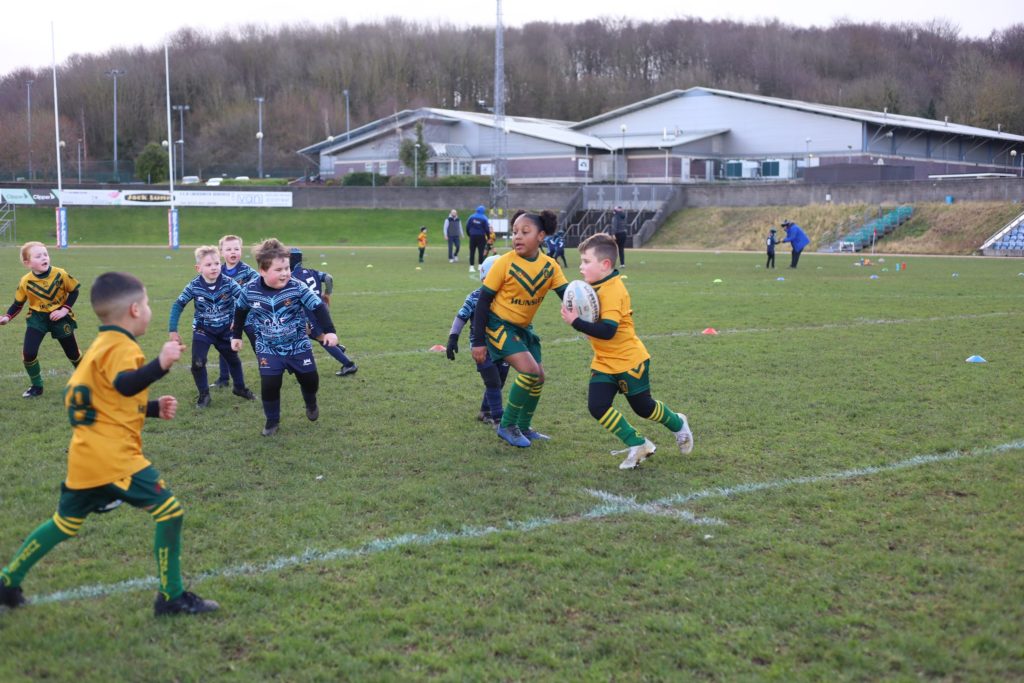