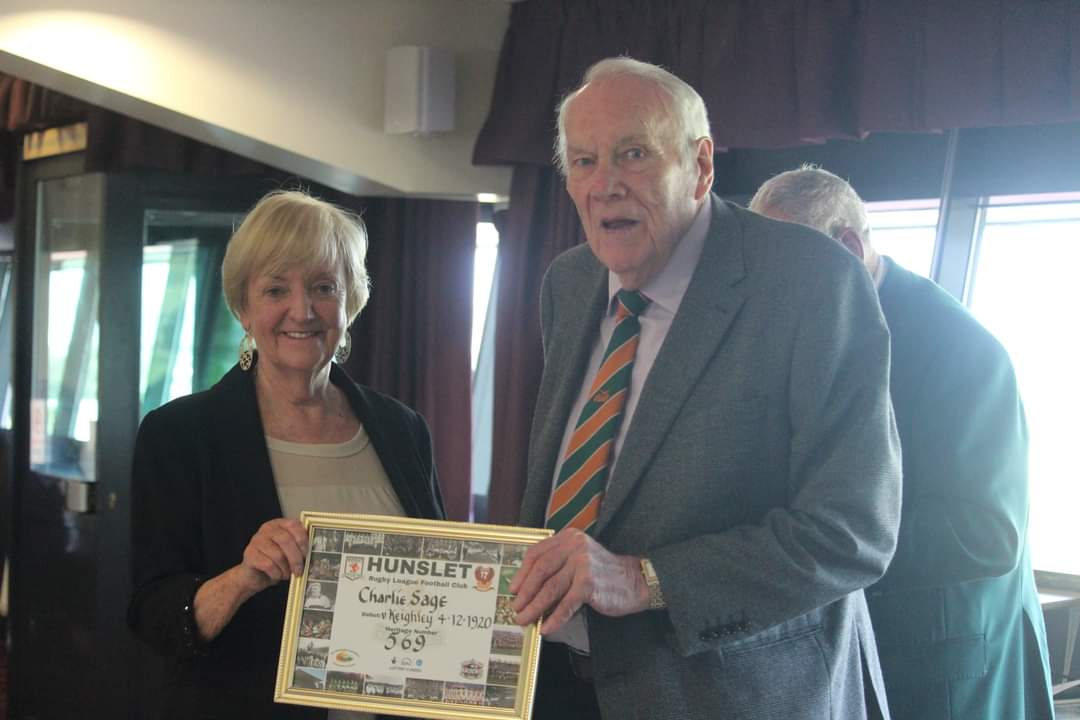 On Sunday 5th September the club’s hospitality suite was full as part of Hunslet Remembers (Sun) Day celebrating the lives of the Hunslet Family who have sadly died during the pandemic and also awarding several ex-players with their Heritage Numbers.

Raymond and Peggy Hewitt.  Raymond was the big supporter but Peggy was the one who always had a laugh and a joke for our lottery agents – they had been agents for the club for decades. Raymond had supported Hunslet since he was a boy. He held a season ticket for many years and enjoyed attending matches until he became too frail. He met his wife Peggy when they were young on the way to a Hunslet match at Castleford. After meeting through Hunslet they were married for over 60 years.

Rita and Eddie Ashworth who for many years run the greatest players tea bar in rugby league.  Rita was a real character and would be, lets say, a bit vocal during the game but as soon as the final whistle went nice as pie and then there is the legend that is Jack Bedford.  Jack supported the club for 90 years and him and Warren must have clocked up thousands of miles.

Heritage Numbers were presented to the following:

David Bradbrook. Heritage Number 1033. Made his debut against Workington on 20/04/1964. Played hooker and was unfortunate that at this time Hunslet had a surplus of Quality Numbers 9s.

Charlie Sage, HN 569. Played for Mountain Ash a West Wales side. He relinquished his amateur status signed pro for Hunslet and made his debut on the 4/12/1920 against Hull ‘a’ his last game for Hunslet was on 29/10/1927. In total he played 195 first team games, Charlie at some time in his life joined The Royal Canadian Mounted Police. Charlie was the father to 10 children and his youngest daughter Margaret Brook was presented with his Heritage Certificate.

David Brook, HN. 1361 Charlie’s grandson (his mum is Margaret Brook). David made his debut for Hunslet 70 years after his Grandfather and that was against Trafford Borough on the 14/10/1990. David made 178 first team appearances and left Hunslet in August 2003.

Dickey James, HN, 1203. Married one of Charlie’s granddaughters. Making him Charlie’s, grandson in law. Dickey made his debut for Hunslet against Bramley on the 19/11/1978 and last appearances in Hunslet’s colours was 19/04/1981.

Bryn Powell HN 1597. Who is Charlie Sage’s Great Grandson was to be presented with his Heritage Certificate on the same day unfortunately could not attend.