Junior Festival a smash hit for the Hunslet Foundation! 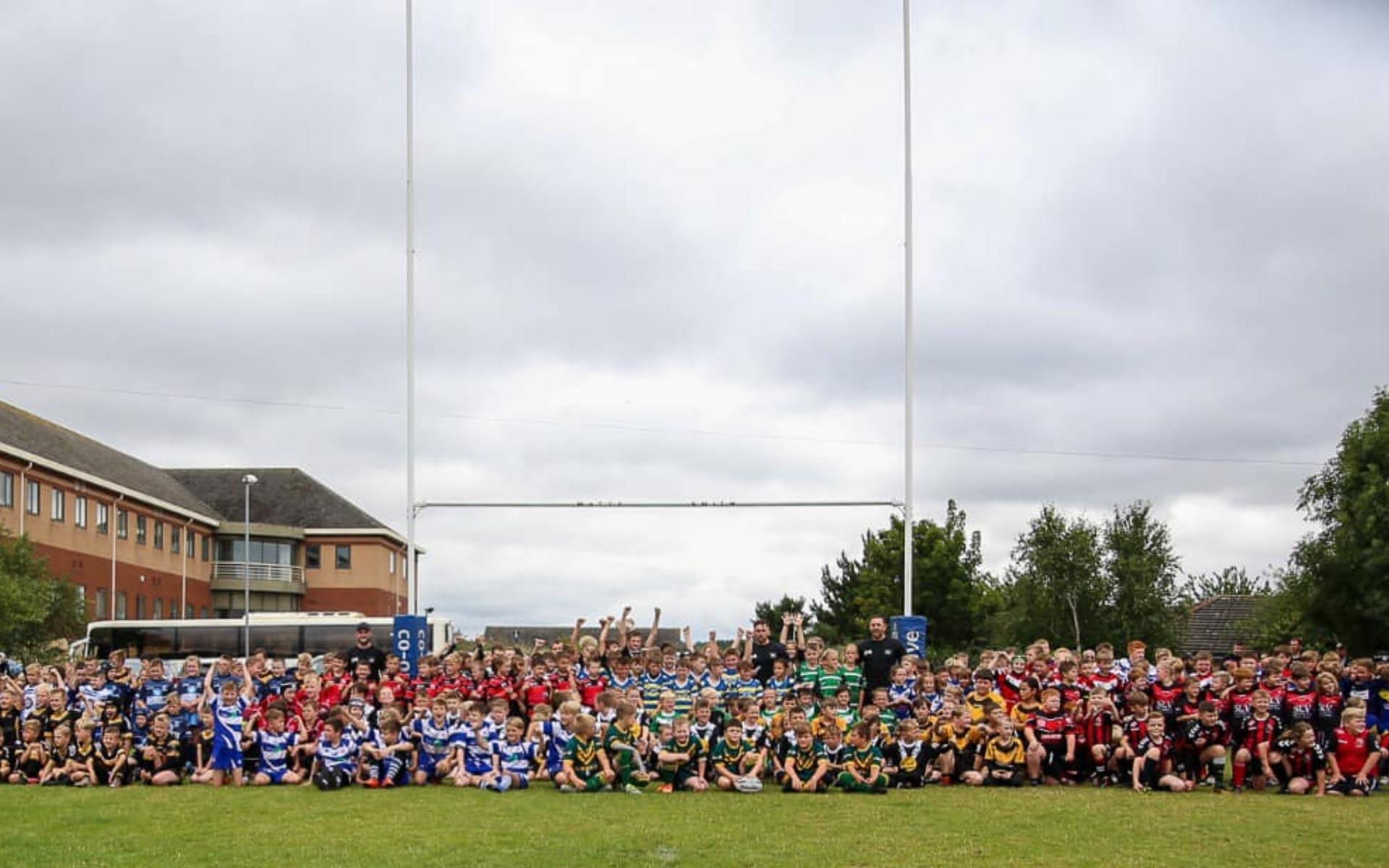 HUNSLET FOUNDATION’S Summer Junior Festival, which involved teams at Under 10s, Under 9s, Under 8s and Under 7s from around the north of England, and which was hosted by Hunslet Warriors, simply couldn’t have gone better.

That’s the considered view of the Foundation’s General Manager Mikey Nuttall, who readily admits that he was too busy on the day itself – on the last Sunday of July – to properly savour an occasion which also owed much to the Luke Gale `Kicking for Grassroots’ initiative, who were proactive partners from start to finish.

Teams from Birkenshaw, Bronte Barbarians, East Hull, Elland, Farnley Falcons, Garforth Tigers, Goole Vikings, Hull Dockers, Hunslet Club Parkside, Hunslet Warriors , Illingworth, Keighley Albion, King Cross Park, Oulton Raiders, Rochdale Mayfield, Rylands Sharks, Skirlaugh, Stanningley, Wetherby Bulldogs, Whinmoor Warriors and Wigan St Judes took part in the event and Nuttall enthused: “As soon as I got home I began receiving tremendous and wholly positive feedback from everyone who had been involved. There were thousands at an event which was a real family occasion, with so many people involved in junior Rugby League, including from Hull and Lancashire, coming together and simply enjoying a great day out in a fantastic festival atmosphere.

“It was the culmination of many months of hard work, and it was worth it. A lot of planning went into it, for example we sought to avoid a day on which there were Super League fixtures, we had to get the venue sorted – and Hunslet Warriors deserve big raps, they were superb – and there were things like getting programmes designed and printed to attend to, and the formatting of the day’s fixtures, plus a host of other things to consider and resolve beforehand.”

Nuttall had not, before the germ of the idea was raised earlier in the year in conversations with fellow Foundation workers Lee Robinson and Tyler Finister, considered the possibility of a national festival, in part because the Hunslet Foundation is already highly active – and very busy – in promoting Rugby League, together with sport as a whole and other activities, in the south Leeds area. He admits: “It’s not even in my job description, it’s an extra event we created, but I’m so very glad we did. It was a great day for the Foundation, and for the Luke Gale Academy, but most importantly for the players, their parents, their coaches and their clubs, all of whom were superb, with all the players being given medals. It was a chance to give something to the local community, and a boost for the entire Rugby League family. It was also a way of giving back to Hunslet Warriors, who really put themselves out as very supportive hosts.”

He concluded: “It was one of those days when I was able to walk around and think to myself `this is why we do it.’ It was about more than just rugby as well – my mum enjoyed herself running the tombola and by girlfriend was busy helping ensure that everything ran smoothly. And the fact that every single team stayed back to watch other sides from their respective clubs play summed up the festival spirit, as did the universal respect shown for opponents, which was illustrated by a lovely message to Siddal Under 9s from Oulton. It was a tremendous day and we will definitely be staging a repeat next year!”