CEO Martin Flynn on the rebrand 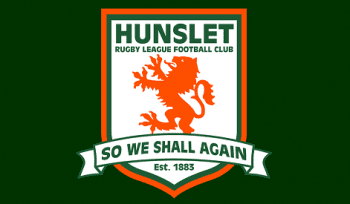 Hunslet CEO Martin Flynn caught up with our Media Executive Liam McCarthy to discuss the rebrand and his aspirations and aims for the club moving forward.

Hunslet Chief Executive Martin Flynn believes the club’s rebrand is the perfect opportunity to re-connect with their roots and the local community. Following extensive discussions with numerous supporters, Flynn recognised a recurring theme, and the board decided to give the club’s fans a choice.

“During discussions with a number of people, the same thing always came to my attention, the club was always described as Hunslet.” Flynn said.

“I came into post 4 or 5 months ago as part of the foundation. I could see how the club is a well run club, but has the potential to be a really well run club with a few changes.

“I thought the club had lost it’s way a little bit with it’s values and it’s connections with the community. It just seemed like the right time to talk to people about what the club was all about. The vast majority of feedback I got was positive towards Hunslet, ‘We are Hunslet’ or ‘We want to be Hunslet’.

“Fundamentally it’s a members owned club and it’s about what the people who support the club want, so we tested it out and asked the question. We put it to a vote and it was an overwhelming vote in favour of going forward to Hunslet R.L.F.C.

“That’s what we need to emphasise, it’s not going back to the old name, it’s about the journey forward. We had to really take a look at who we are, what communities we serve, what are our values and remind ourselves of what Hunslet really is.”

Following that, another important decision had to be made. During Saturday’s clash with Toulouse, the club invited supporters to vote for which crest should represent Hunslet R.L.F.C. There were two potential options on the table, the ‘Rampant Lion’ which was the original club crest, or the ‘Phoenix Rising’ which symbolised the club’s rebirth in 1973.

Flynn admitted he was eager to make sure only those connected with the club were able to vote and that he was reassured with the ‘high turnout’ of supporters who voted. “Initially, if the supporters had voted for Hunslet Hawks, that would have been the end of the process.

“There is a real affection for the Phoenix, a lot of people who support the club, certainly in it’s post 1973 existence, went with the Phoenix as it’s all they know. But again, those people who love the club know that the Lion existed before that.

“Again, we put it to a vote, the original vote for the name we made sure everyone could vote, but only if you were involved with the club.

“So, for example, on the vote for the name you could vote online but you had to say who you were so we could cross reference that with our database to make sure you were a supporter of the club. If you wanted to physically vote you had to attend the game and we knew that the vast majority of people who voted were all supporters.

“For this one, you had to attend the game against Toulouse to have a vote and again it was a bit of a sifting process to make sure we weren’t inviting all and sundry to vote on something that’s close to our hearts.

“There were no foregone conclusions about whether it would be the Lion or the Phoenix, the Lion is obviously traditional and the Phoenix coming out of the ashes when the club was reborn, they’re both close to peoples hearts.

“There was a reassuring high turnout for the vote and it was quite closely split. The outcome was the Lion and we’re happy that everyone was involved who wanted to be involved. Let’s all get behind it and move the club forward.”

The end of 2016 will herald the end of an era for the club, with 21 years as the Hawks coming to an end. The club have admitted there are plans in place to celebrate the achievements of the club during that period. The events will enable supporters of the club to reminisce over the highlights of the Hawks era, including the 1997 Challenge Cup Plate final, the 1999 Northern Ford Grand Final win, the 2010 promotion campaign and the 2014 Championship One Grand Final victory.

“I think as a club we will pay due respect to that period of our history and I think people who have grown up with the club over 20 years may have a hankering for the Hawks, the same way as the Phoenix before it.

“It is part of our history and what we can’t allow is our history to divide our future. Our future has got to define our history in that respect.

“We’ll have a couple of celebrations to say goodbye to the Hawk and pay due respect to all those who wore the shirt and the badge and achieved those great things under the Hawks name, but it’s time to move on and move forward.

“The Hawks will play a big part of our club going forward in respect of heritage and paying respect to it.”

Flynn is eager to look to the future and the start of a new period in the club’s history and is confident the Hunslet supporter’s feel the same.

With 2017 on the horizon, Flynn believes creating a pathway for amateur community players into the professional game could help the club achieve it’s goals. With a plan and structure in place for the foreseeable future, everyone at Hunslet is able to sing from the same hymn sheet.

“We need to re-connect to our roots. Having said that we are a professional club so we need to move forward in an appropriate way.

“Our ambition is to be out of this division as soon as we can, but realistically that’s part of a three year plan, to get into and maintain a position in the Championship.

“We want to be part of a pathway for young people who live in South Leeds and play rugby league in South Leeds to see Hunslet as the next stage of their career from being a community player to being a professional player.

“We want people who share the values and culture of the club to play for the club.

“They’re a mad lot here in terms of support and if you put some effort in, as the game against Toulouse showed at the weekend when we lost last minute to the title favourites, put the effort in and these supporters will sing your name all day everyday.

“Let’s go forward with a ‘We are Hunslet, we are together and it’s a journey we’re all going to go on.’”