Hunslet’s Chairman Kenny Sykes has issued an open message to the club’s loyal and enthusiastic fans in which he revealed that measures put in place during the winter should stand the BetFred League 1 leaders in good stead in the face of the coronavirus pandemic.

Sykes said: “I hope you’re all well and not missing your Rugby League too much (I have to admit I am!).

“You don’t need me to tell you that the coronavirus pandemic has had a massive impact on all walks of life, including on Rugby League.

“Just a note to say, though, how delighted the board is by the wonderful commitment of the players to the cause. Each and every one of them has, as you’ll have seen, agreed to accept furlough payments until such time as fixtures resume, which hopefully will be sooner rather than later as head coach Gary Thornton and his squad target promotion from Betfred League 1.

“The board has, after several discussions in which all options and potential consequences have been debated in detail, put plans in place which should ensure that Hunslet RLFC survives the crisis. Indeed it’s no secret that, partly because of the issues we faced and addressed during the close season – and, crucially, with the huge backing of supporters, who backed our membership drive so impressively – we are in a better position than most professional sports clubs to ride the storm.

“Temporary measures have had to be put in place to help us do that, one of which is that, as announced recently on our website, the lottery has been suspended.

“In addition, like any business, we have to be realistic and it’s quite possible that there will be a loss of future revenues which will leave us with no option other than to `cut our cloth’ accordingly.

“However, just as we (with supporters at the forefront) got the club onto a stable financial footing during the winter, we can deal with – and resolve – any potential issues in advance.

“Supporters can help Hunslet achieve that in several ways, including encouraging new members, coming forward with, or seeking out, sponsorship opportunities and, of course, getting down to matches with friends and families when we are back playing.

“We swept the seas before boys – and so we shall again!” 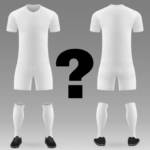 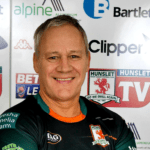