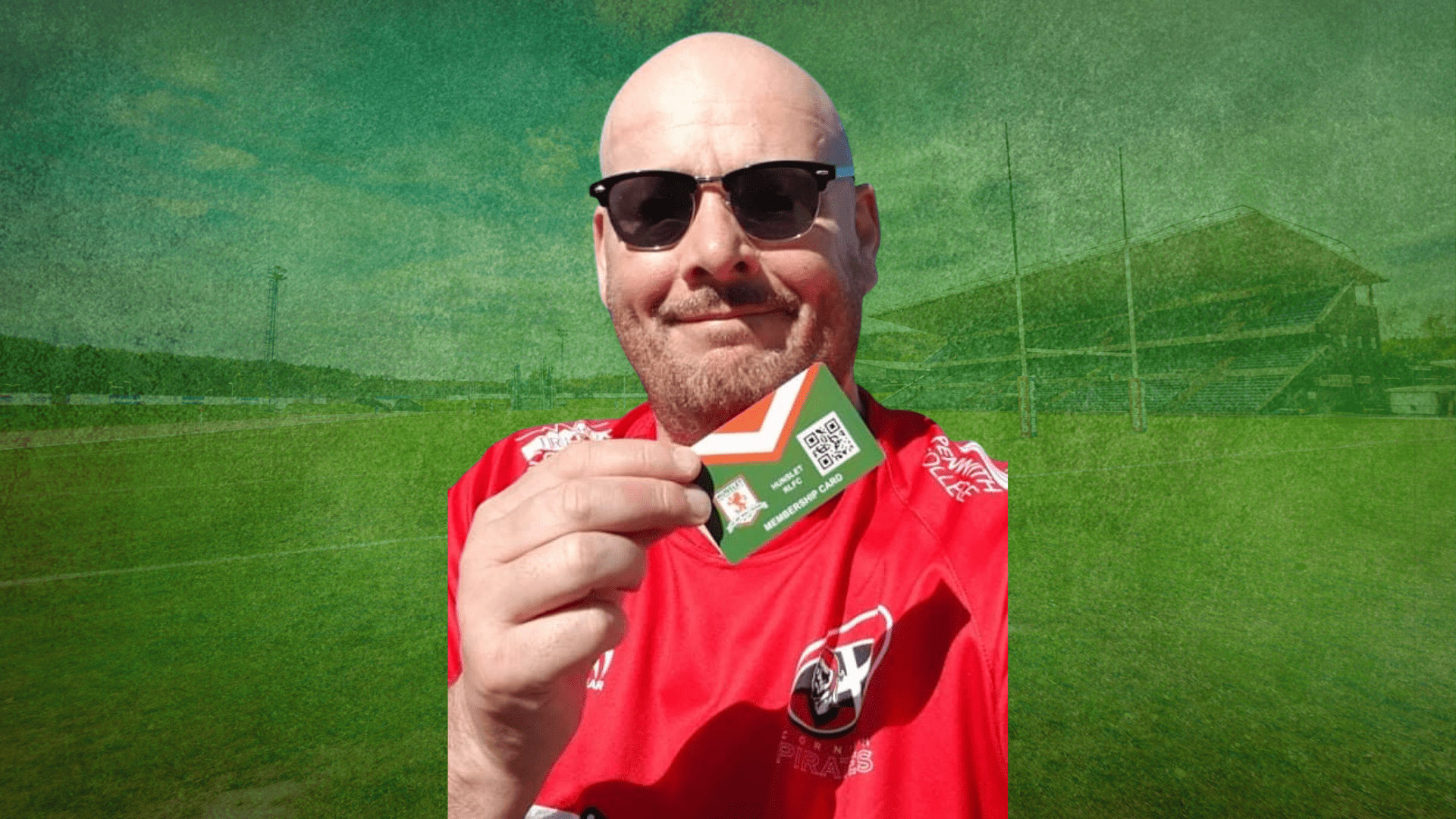 A further reminder has been served of Hunslet’s iconic status in Rugby League by the announcement of a new member who hails from the far south-west of England.

The Parksiders’ Finance Director Phil Hodgson reveals: “With the challenges the club and the sport are going to be facing over the next couple of years it is good to know there are people out there who are rooting for the underdog.

“Lee Kirkman recently took out the £26 per month King membership. Not recognising the name and intrigued by the Devon address I got in touch to see what the Hunslet connection was….”

Lee replied quickly, advising: “I have joined the Graham King Membership because as a lifelong Rugby League supporter I feel Hunslet is a famous old name and a traditional club.

“I grew up in Swinton, Manchester, but although I have mellowed over the years to the Lions, I cannot really say I support them because of what they did in 1992, leaving the town without warning (though it is good to see that they now have a board built on actual Swinton supporters).

“Anyway, I digress. I have long held a soft spot for Hunslet and even though I live in Devon now, I guess I am a supporter, hence why I have signed up for the membership.

“These times are tough for all clubs, but especially those at our level. I established Devon Sharks RLFC in 2006, although I am no longer with the club because it is in safe hands (though it’s a Cas fan and a Halifax fan who are now running the Sharks). I am now the Media Manager with semi-professional Newquay AFC.”

He continued: “I have always had a soft-spot for Hunslet from watching Swinton, especially the 1986-87 season when Huns and Swinton were promoted to the top flight. Ironically I didn’t go to the Premiership Final between the teams at Old Trafford because I went to watch Bolton get relegated to the Fourth Division instead.

“I saw Hunslet’s membership schemes advertised and thought `why not?’ Despite everything the club’s been through, the RFL refusing them entry to Super League, Hunslet are still going, playing where they should be, and keep surviving. A good traditional old club.”

Lee concluded: “I suppose ultimately though, the Hunslet memberships are a truly brilliant concept. That’s why I signed up. It could have been anybody, but it was Huns who did it, and it is Huns I’ll stay signed up to for as long as the membership, or I last.”