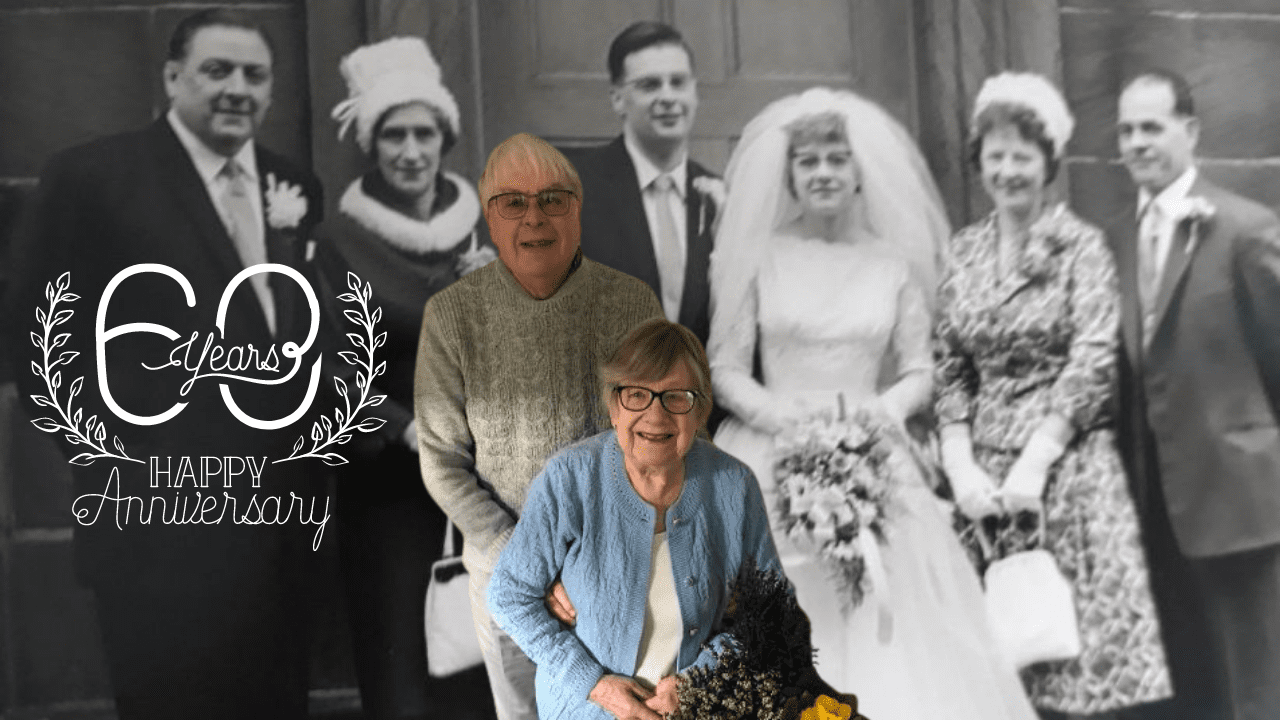 Mel and Pat Plenderleith are celebrating their 60th wedding anniversary today, 7 April 2021, and everyone at Hunslet Rugby League club would like to congratulate them on their big day.

Mel was the Club’s secretary in the early 1970s – a difficult period culminating in the sale of Parkside by the then directors in 1973 – and worked tirelessly for the cause in increasingly testing circumstances.

No one is more aware of the pressures Mel and Pat operated under, and of how they strove to overcome the difficulties, than Hunslet’s present chairman Kenny Sykes.

Kenny was a player back then, and retains happy memories of how Mel and Pat looked after him and others.

He recalls: “Mel was secretary when I arrived at Parkside in August 1971 for training and trials . Geoff Gunney was the coach and Cyril Plenderleith (Mel’s dad) was one of the directors. I couldn’t drive then and used to travel over by train from York with Steve Blake (another Heworth product) who had signed for Hunslet in 1969”.

Kenny continues: “Mel was an excellent secretary, very efficient and welcoming, and Pat assisted in the tea room. By the way, the sandwiches were first class and the after-match fare was much better than most of the clubs in the league at that time!

“Cyril was, from what I remember, the most hands-on director at that time and the closest to the players. He clearly displayed a great love for the club and I know that he was visibly upset when the club folded.  I recall match days being a Plenderleith family thing – home and away – with Mel and Pat’s sons, Iain and Andrew, also attending games”.

It wasn’t always straightforward getting to Leeds from York, as Kenny recalls. “Travel to training on Tuesdays and Thursdays was reasonably easy as there were plenty of trains running. But on match days (usually Sundays) it was more difficult as there was only one morning train and, for home games, we had to hang around in Leeds for quite some time before getting the bus to Parkside.

“For most away games our one train was ok but for matches in Cumbria the timetable meant we would miss the team bus. So, on a few occasions Steve and I were put up by Mel and Pat at their home in Wakefield on the Saturday evening. They were extremely kind to us and very hospitable. I have often thought about Mel and Pat and fully intend once this Covid business is over to meet up with them again.”

He concludes: “It was Cyril who signed me on. They were keen to get my signature and Cyril asked me how much I was looking for. I hadn’t got a clue really but said £1,000 which sent Cyril into a temporary coughing fit. He clearly wasn’t very impressed but he toddled off to speak to Geoff Gunney and came back with an offer of £100 on the spot and £100 at the end of the season”.

“I accepted. Most certainly one of the best decisions I have ever made”.

Cyril Plenderleith knew that well enough himself, having served Hunslet superbly as a player. The highlight of his career was undoubtedly the 1938 Championship Final, when he operated at loose forward in the 8-2 triumph over Leeds before a 54,000 crowd at Elland Road.  He was at blind-side prop in the controversial Challenge Cup semi-final defeat at the hands of Wakefield Trinity in 1946 when Willie O’Neill had what would have been a match-winning try ruled out.

The Plenderleiths are a big part of the Hunslet Family and everyone at the Club wishes them a fantastic day on this special occasion. 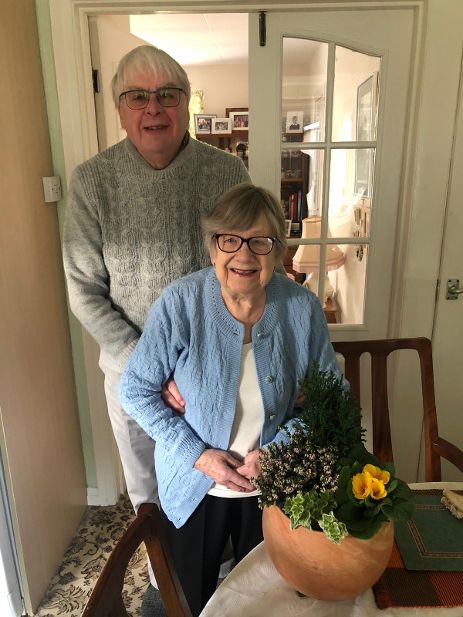