Hawks to support Walking for Holly 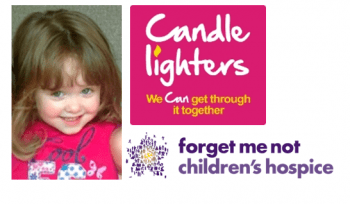 Two years ago, little Holly Price last her stoic battle with a brain tumour. Holly’s father Gareth has been keen to show his appreciation to those who provided great support for him and his family at their darkest times.

So ‘Walking With Holly’ event was created to raise much needed funds for two West Yorkshire Charities. Both of these institutions were a great help to the Price Family during Holly’s illness. These are:

• Candlelighters – based in Leeds

• Forget-Me-Not Children’s Hospice – based in Huddersfield

Hunslet Hawks Director of Rugby Darren Williams & General Manager Peter Todd and our very own Harry the Hawk will join walkers supporting the ‘Walking for Holly’ event as they walk from Elland Road Stadium to the South Leeds Stadium as part of a 150+ mile continuous relay walk.

The route takes walkers around 18 football, cricket and rugby grounds before finishing on Sunday April 24 at around 2pm.

The walk will begin on Friday (22nd April) and the walkers are due to arrive at the home of the Hawks around 5:40 pm, where the club will present Holly’s father, Gareth with a signed shirt.

To donate to this great cause please click here