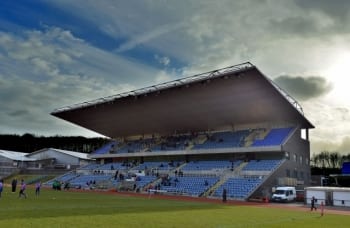 The Annual HIST General Meeting will take place on Sunday 9th April, 10.00am in the Phoenix Lounge.

Five positions on the present Board are due for election, as follows:

All three positions are to be elected for a term of two years beginning in April 2017.

Please note that all are unpaid positions which require particular, specialist skills. A significant amount of time will be expected to be devoted to the duties, with attendance at monthly meetings being the minimum requirement. The eligibility requirements for election are as detailed below.

Nominations must be made in writing to;

This document sets out the election process for the Hunslet Independent Supporters Trust Board hereinafter referred to as “HIST”.

The following criteria shall be applied:

• Anyone making a nomination has to be a member of the Trust.

Members will not be allowed to stand if they are:

• Convicted of an indictable offence

• Members will be elected to a post for a period of 2 years, after which they may apply for re-election.

• Elections to the HIST Board will be held annually although positions will only become vacant in alternate years.

There are 5 posts available for election on this occasion.

The Committee will also have the power to Co – opt up to 4 Associate Directors without the election process subject to requirement.

The Board shall at all times work to the benefit of HIST, Hunslet RLFC and the local community.

The Board will undertake to consult members from time to time on key issues where appropriate.

Members can call for a vote to remove a Board member by calling for a Special General Meeting to discuss an emergency motion outlining why the Board member is being asked to step down.

The Board reserve the right to run further elections as required should any posts be vacated during that period.

•Ensure that club meetings are held in accordance with the club’s constitution.

•Chair meetings in an unbiased and effective manner.

•Ensure that the management of the club remains positive and progressive and that the aims and objectives of the club are respected and observed.

•Overarching responsibility for day to day Running of the Club.

•Responsibility for Club exposure in the media – Press / Radio / TV

•Negotiation and maintenance of sponsorship contracts

•Development of beneficial sponsorship opportunities with other key stakeholders