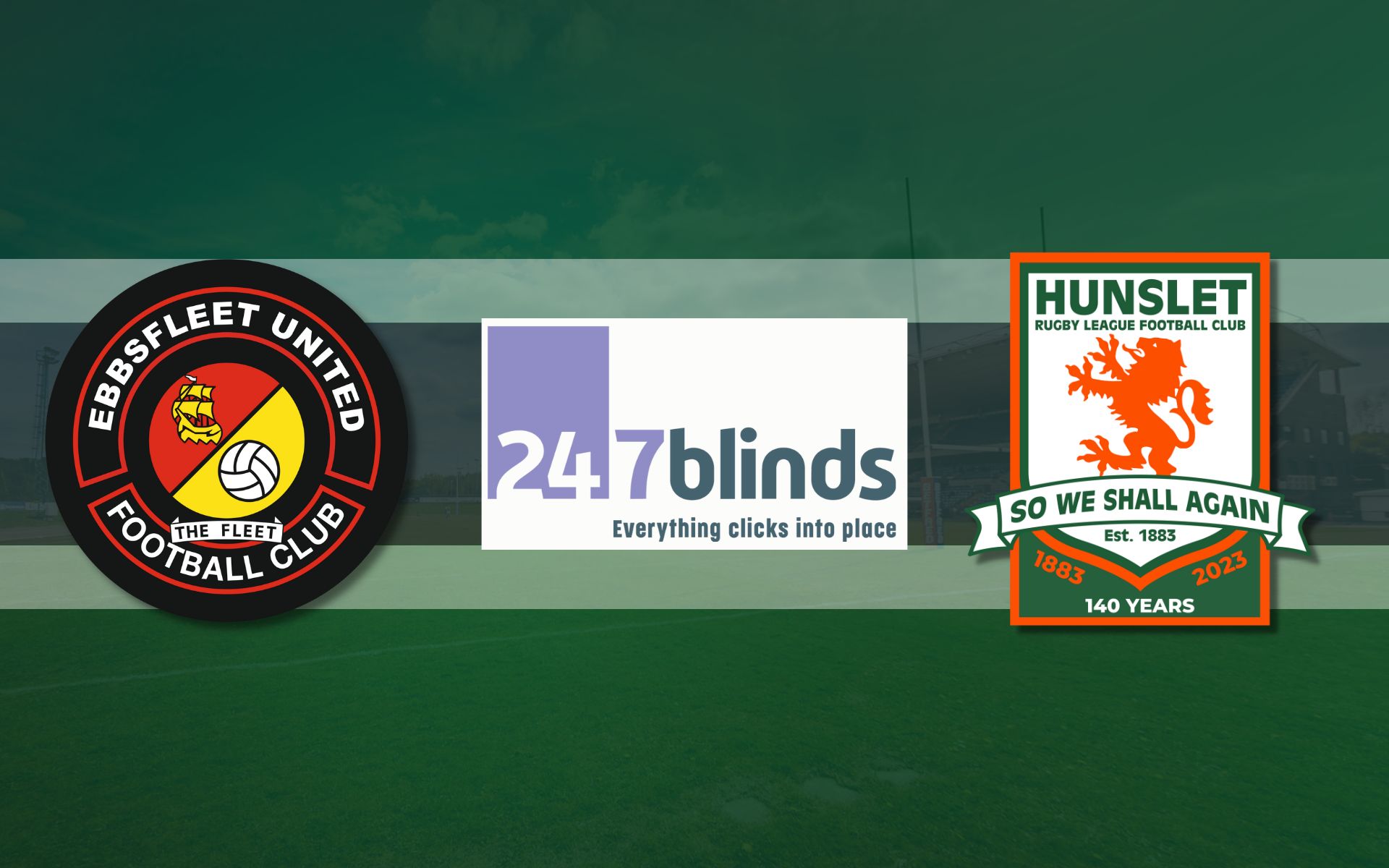 Hunslet Rugby League club has sent best wishes to their `sister’ soccer club Ebbsfleet United ahead of the latter’s huge Emirates FA cup second round tie with Fleetwood Town on Sunday (12.30pm), which will be broadcast by ITV and relayed live to many countries across the world.

The Parksiders and United have established a close and mutually productive relationship since Damian Irvine (who is a non-executive director at Hunslet) became CEO at the Gravesend-based outfit in February 2020.

Jason Peterkin of Hunslet’s main sponsor J247Blinds has taken out pitch perimeter advertising for Ebbsfleet’s big tie and, in a nice gesture which illustrates the close bond between the clubs, United will also prominently display, in front of millions of viewers, the Parksiders’ branding across their Stonebridge Road stadium.

“Being able to see our branding live on TV in a game that will likely be watched by millions is a fabulous opportunity and we’re very grateful to all involved for making it happen.

“I’m sure all Hunslet fans will join me in rooting for the Fleet this weekend. I’ll definitely be watching and hoping not only for a win, but for a big money draw for United in the next round. Come on you Reds!!” 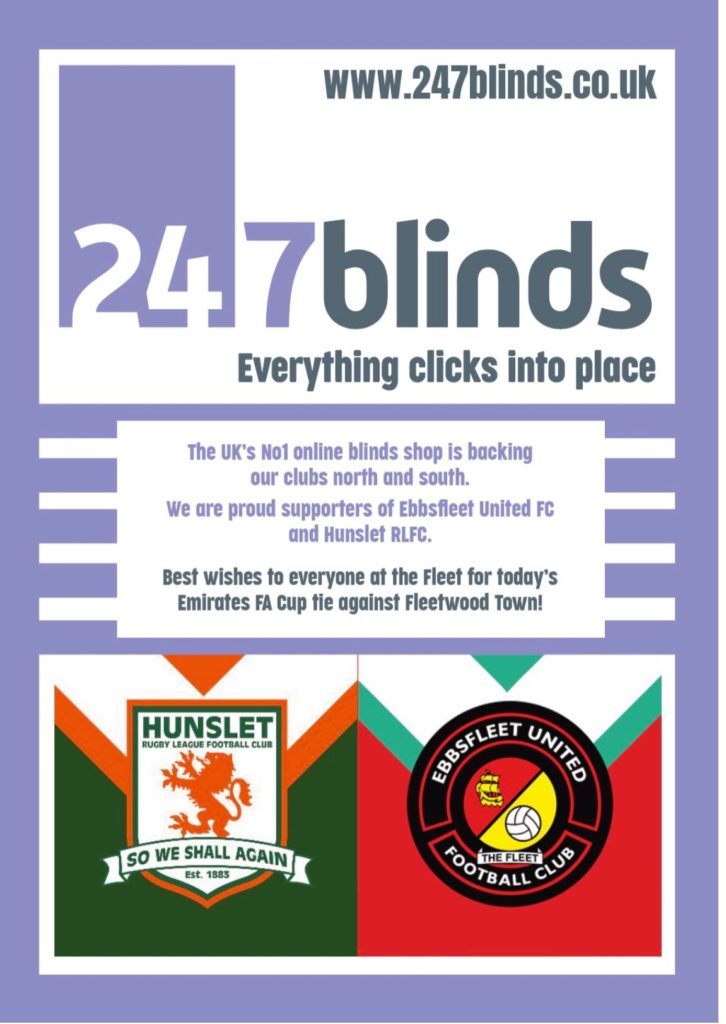