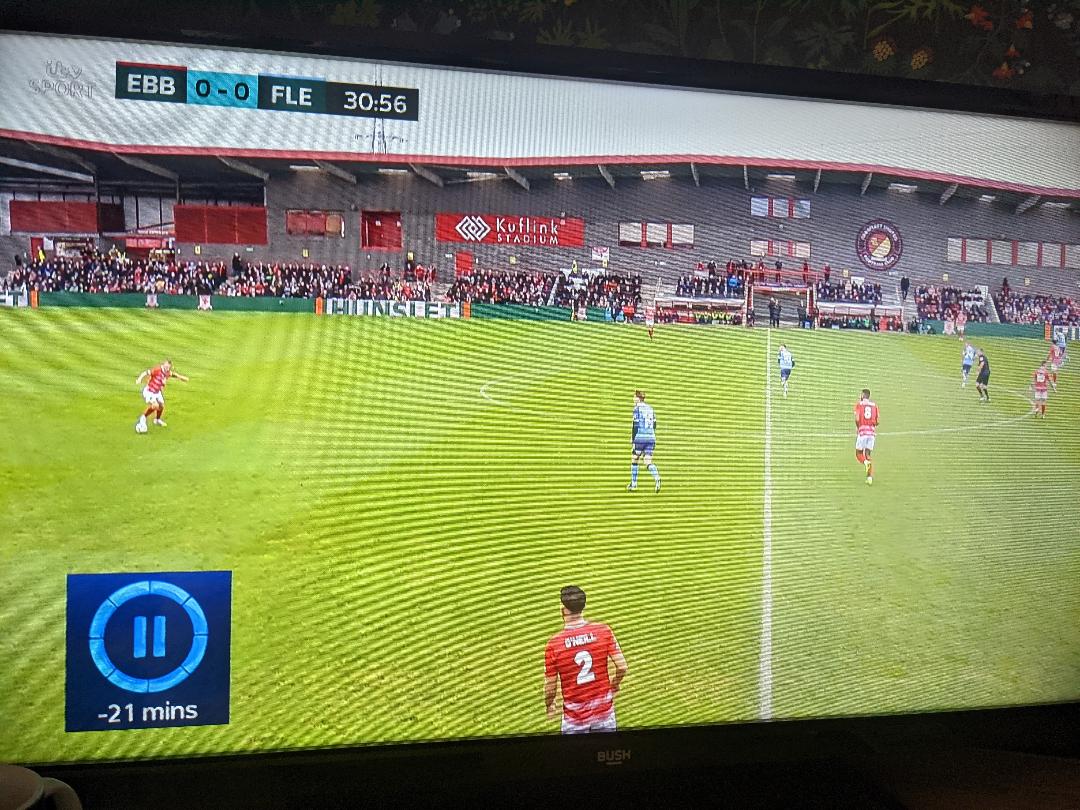 ALMOST 16 million tv viewers worldwide – the majority of whom may well have been perplexed – were treated, at around ten-minute intervals last Sunday afternoon, to the sight of Hunslet Rugby League club’s famous `lion rampant’ badge, together with the south Leeds outfit’s stirring motif “so we shall again”. And the sport of Rugby League itself gained valuable subliminal publicity as the words `Rugby League’ also featured heavily.

The logos popped up pitch-side numerous times during the FA Cup second round tie between Ebbsfleet United and Fleetwood Town, which was televised live by ITV.

Hunslet – and their sport – have Australian Damian Irvine to thank for the huge and welcome exposure.

Irvine, who was once chairman of Aussie outfit Cronulla Sharks, and who has also been involved with Bradford Bulls, became a non-executive director of Hunslet in 2019, and retained that role when he joined Kent-based soccer outfit Ebbsfleet in February 2020 as chief executive.

The development has been mutually productive, particularly when Hunslet benefited from Irvine’s experiences with Ebbsfleet in dealing with the impact of the Covid-19 lockdowns, which affected winter-based football earlier than summer-based Rugby League.

Irvine wasted no time, when United were drawn at home to Fleetwood in the FA Cup and the tie was chosen by ITV for live coverage, in ensuring that the Parksiders – and their main sponsor 247Blinds – were given the chance to make the most of the opportunity.

247Blinds took out pitch-side advertising and Hunslet’s logo and motto also featured prominently on `rolling’ displays behind a goal, and close to the halfway line.

The only negative – for Irvine and for those, including Hunslet fans, who were rooting for the home team – was that Ebbsfleet lost 1-0 to a side that sits several rungs higher in the football hierarchy. United, however, bowed out of the competition with heads held high.

Irvine said: “Other than the result itself, it was a successful day, and I was delighted that Hunslet and the sport of Rugby League were also able to benefit.

“The UK-based viewership was 3.4 million, with a further 12.5 million worldwide. Ebbsfleet fans were hugely interested, while Rugby League fans on social media commented on how unusual and innovative it was.”