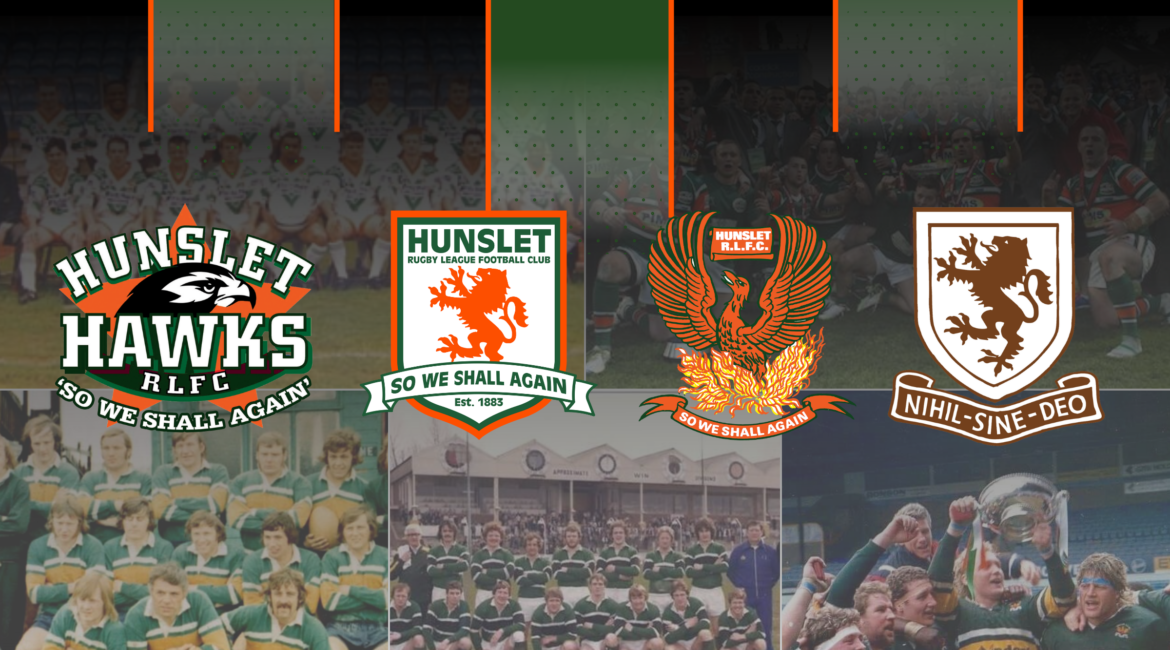 As we enter one of the most important seasons in our history ex-players are being called upon to play their role in making the Club stronger.

We are asking those who have proudly worn the famous myrtle, white and flame shirt to once again become part of the team.

With the help of Kenny Sykes, Keith Mason and Mick Coyle the Club are launching the Ex-Players Ambassador Scheme.  For £10/£5 (concession) per month ex-players will receive a pass to all home games along with an invite to the prestigious Christmas Luncheon*.

Keith Mason, the no nonsense forward from the successful 80’s team, is looking forward to playing a bigger part in the Club this season. ” I had a fabulous time at Hunslet with some great memories.

“I was involved in organising the 80’s reunion last season and am keen to be more involved this year.

“We had a great day reminiscing and quite a few of the lads were keen to put it on a more regular footing.  This scheme will help us be part of the team again”.

Hall of Famers Mick Coyle and Kenny Sykes echo Keith’s words. Mick, still a regular at South Leeds Stadium, is keen to see a few of his old teammates back in the fold “Hunslet still has that family feel about it.

“When you finish playing you tend to drift away from the Club for a while but like any family you are always welcomed back.

“I’ll be encouraging the lads I played with to get back involved for what promises to be a pivotal season”.

Kenny is as dedicated to the Club today as he was in his playing days “I’ve been a member and season ticket holder at Hunslet for as long as I can remember.

“I get immense pleasure from coming to the stadium and meeting up with friends old and new.

“This scheme will help other ex-players re-engage with the Club.  We all have great memories of our time here and this is our chance to support the new generation so Hunslet are still going strong in a hundred years time”.

Don’t forget the deadline is 11pm tonight to make your order 👍🏻 🟢🟠⚪️ 🟤⚪️ ➡️ hunsletrlfc.com/store/Due to the fantastic response to our leisurewear range, we will be making an initial order with Future Sports Gear over the weekend. If you want to be in the first order batch and have your order with you within the next 3-4 weeks then the cut off is 11pm tonight. 👍Order Now ➡ hunsletrlfc.com/store/ ...