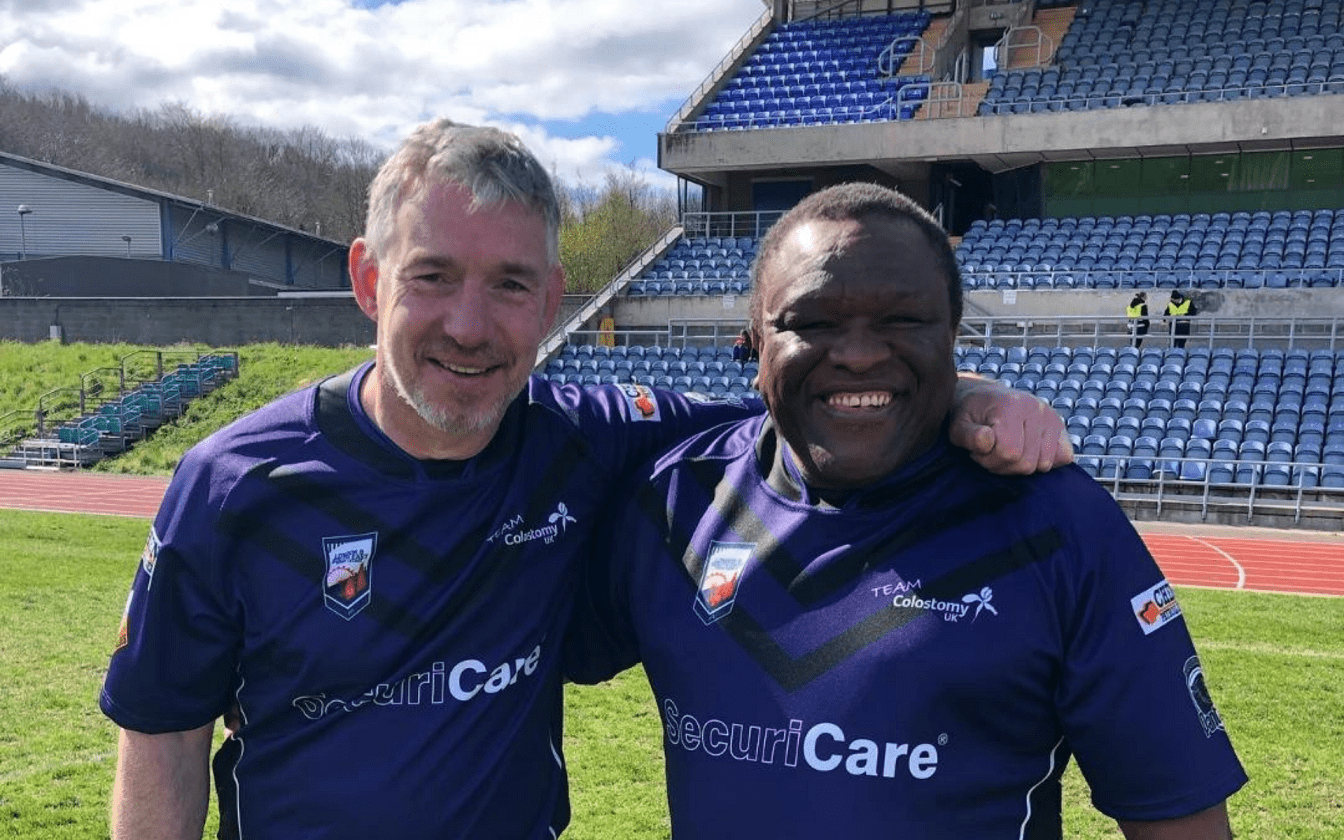 Hunslet Hall of Famers Mick Coyle and Steve Pryce guested for Team Colostomy UK against York Lokos in an entertaining curtain-raiser to last Sunday’s Betfred League 1 encounter between Hunslet and Oldham at the South Leeds Stadium, when the main stand was named in honour of another Parksiders legend, Geoff Gunney.

The game was played under Masters Rugby League rules, under which there is no ‘result’. Everyone was a winner on a hugely successful day that helped raise awareness of the charity Colostomy UK.

Team Colostomy UK are next in action on Sunday 22 May when they take on the British Asian Rugby Association in a curtain raiser to the Batley Bulldogs v London Broncos Betfred Championship fixture. 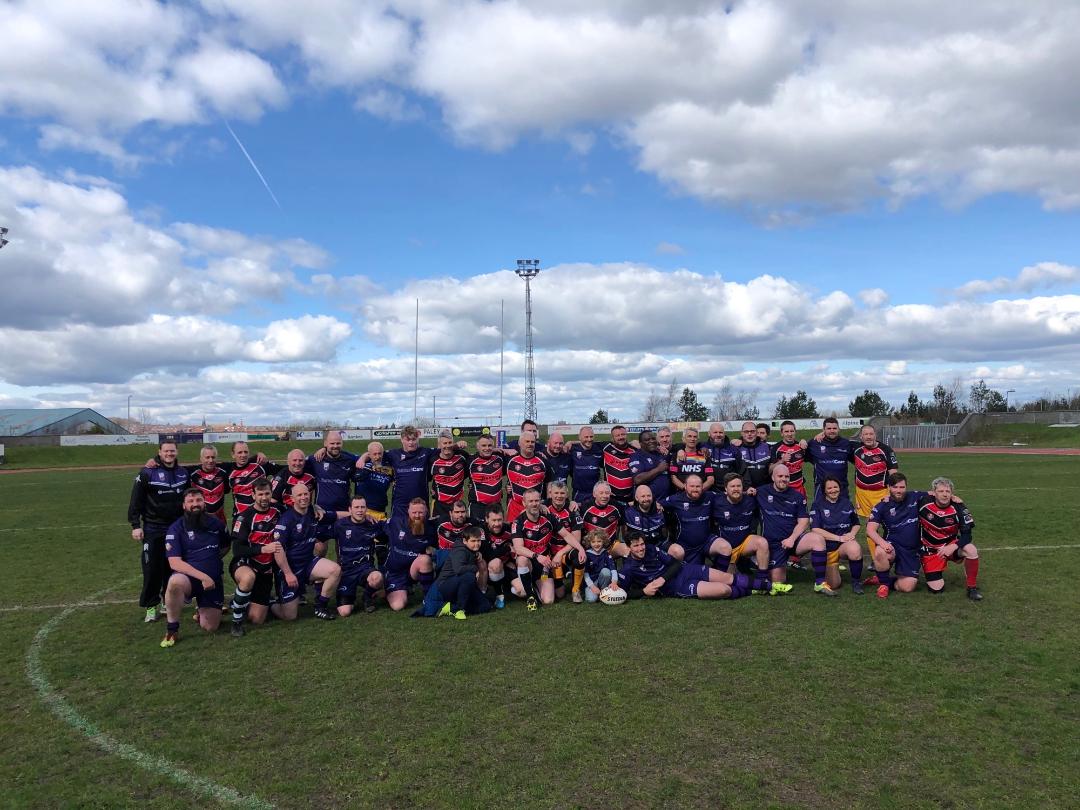