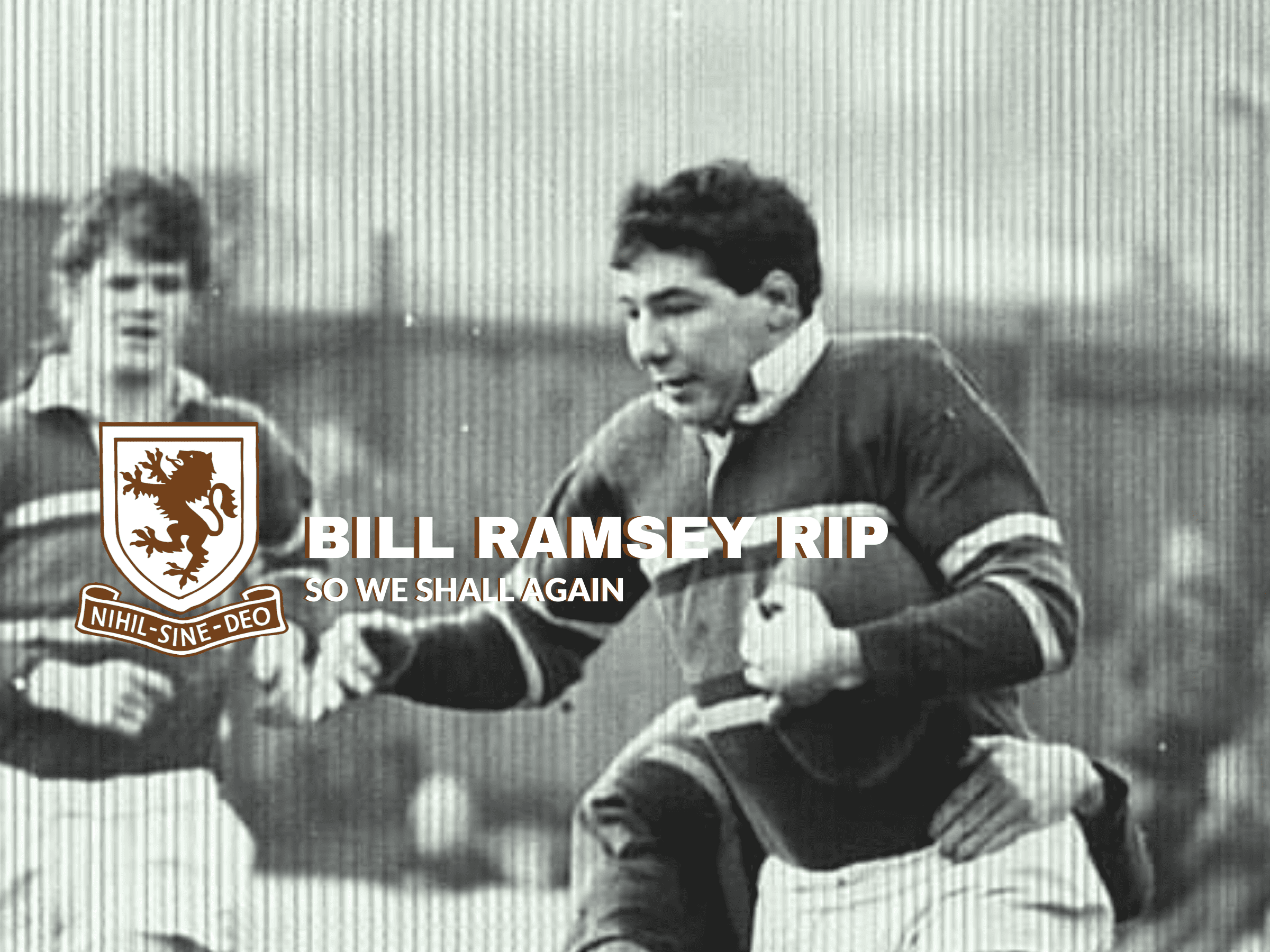 Hunslet are in mourning for former player and coach Bill Ramsey.

Ramsey, a member of the south Leeds outfit’s Hall of Fame, died suddenly yesterday (Monday 6 July 2020) at the age of 76.

Great Britain international Ramsey was, when Hunslet met Wigan in the classic 1964-1965 Challenge Cup final, which the Parksiders lost 20-16, renowned as a rangy second row with a penchant for tackling opponents around the bootlaces.

He was the last survivor of a formidable pack that also comprised Dennis Hartley, Bernard Prior, Ken Eyre, Geoff Gunney and Fred Ward. All six were, in 1965, either current or future internationals save Ward, who missed out on a Great Britain cap despite making many appearances for Yorkshire.

The following October Ramsey, who made his Yorkshire debut against New Zealand at Castleford on the Kiwis’ 1965 tour, was in Hunslet’s line-up when the Parksiders met recently re-formed Bradford Northern who staged a real upset with a 17-8 victory at Headingley, Leeds.

Later that month Ramsey made the first of his eight Great Britain appearances, in the Second Test against New Zealand at Odsal, Bradford.  His Hunslet team-mate, centre Geoff Shelton, scored a try in the series-clinching 15-9 victory.

Ramsey and Shelton, together with Hunslet prop Ken Eyre, were in the Great Britain team that drew the Third Test, at Wigan, 9-9.

Alongside fellow Parksiders Shelton and Prior, Bill Ramsey was a member of the Great Britain side that lost 8-4 to France at Central Park, Wigan, the following March.

Ramsey and Shelton were selected for the Lions’ tour of Australia and New Zealand in 1966. After missing out on the First Test against Australia, which was won 17-13, Ramsey was called up for the last two Tests, which were lost 6-4 and 19-14 respectively. He retained his place for the two Tests in New Zealand, both of which were won (25-8 and 22-14); he played in 15 games in the tour, scoring five tries.

Bill Ramsey was transferred from Hunslet to neighbours Leeds on 5 December 1967, as the Wembley side broke up, for a £9,000 fee.

Signed from Hunslet Juniors on 23 October 1959, he had played 127 games for the Parksiders, scoring 28 tries, following his debut on 13 April 1962 in a game against Batley at Parkside; he collected a Division Two championship medal in the following (1962-63) season.

Bill Ramsey was an enthusiastic member of the Hunslet RL Ex-Parkside Former Players’ Association, membership of which is limited to men who played for the club prior to the sale of Parkside in 1973. As coach of New Hunslet, he steered the side to promotion from Division Two in 1978-79.

He featured for Leeds in the famous Watersplash Challenge Cup Final against Wakefield Trinity in 1968, which the Loiners won 11-10, and picked up a Championship medal twelve months later, landing a drop goal – then worth two points – as Leeds edged Castleford 16-14 at Odsal. He collected another Championship medal, three years later, courtesy of a 9-5 win over St Helens at Swinton.

Ramsey joined Bradford Northern in January 1974 and, after having been flown out as a replacement for the injured John Bates, made his last appearance for Great Britain in the 20-0 series-clinching triumph over New Zealand at Auckland on 10 August 1974.

Having developed into a prop, he switched to Hull, for whom he featured in the 13-19 reverse at the hands of Widnes in the 1975–76 John Player No 6 Final.

Bill Ramsey then moved to Widnes and made his last appearance on the major stage in the 16-13 defeat by Leeds in the 1976-77 Challenge Cup Final.