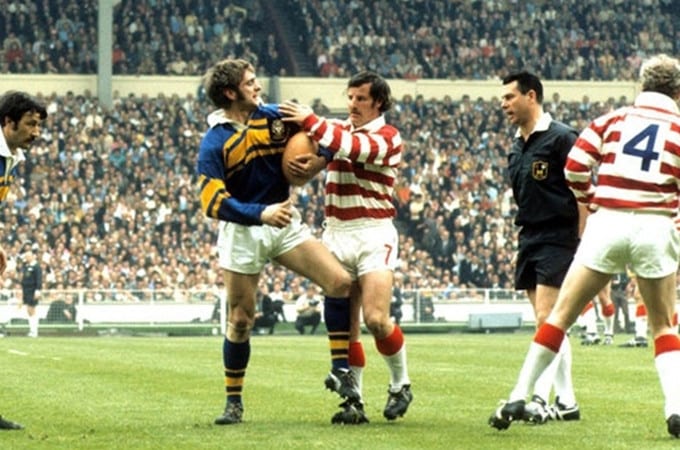 Hunslet Rugby League club are among the many mourning former international referee Billy Thompson MBE, who has passed away at the age of 87.

The Huddersfield-based whistler was an honorary member of the Hunslet RL Ex-Parkside Former Players’ Association, having been guest speaker at the 2010 reunion luncheon; only men who played for the club during the Parkside era, or chief guests, are entitled to attend what is believed to be the most exclusive gathering in sport.

Billy Thompson, a celebrated raconteur, told the tales at the 2010 bash of perhaps the two most memorable episodes in his distinguished career; he became the first referee to dismiss a player in a Challenge Cup Final at Wembley when, in the 1971 decider, he sent off Leeds’ Syd Hynes for an alleged off-the-ball foul on Leigh’s Alex Murphy; and, in 1980, he was in charge of the first State of Origin match, when Queensland and New South Wales clashed in a torrid affair at Brisbane.

He refereed three Challenge Cup finals in total, following up the 1971 game by taking charge of the 1978 clash involving Leeds and St Helens, and the meeting of Widnes and Wigan in 1984. In addition he officiated 17 internationals, including the 1977 World Cup Final in which Australia beat Great Britain 13-12 at Sydney.

Kenny Sykes, who is President of the Hunslet RL Ex-Parkside Former Players’ Association, said: “Billy Thompson was a tremendous referee, a strong disciplinarian who also enjoyed a strong rapport with the players. And he was a superb after-dinner speaker who made the most of the many great stories he had to tell. He will be sadly missed.”