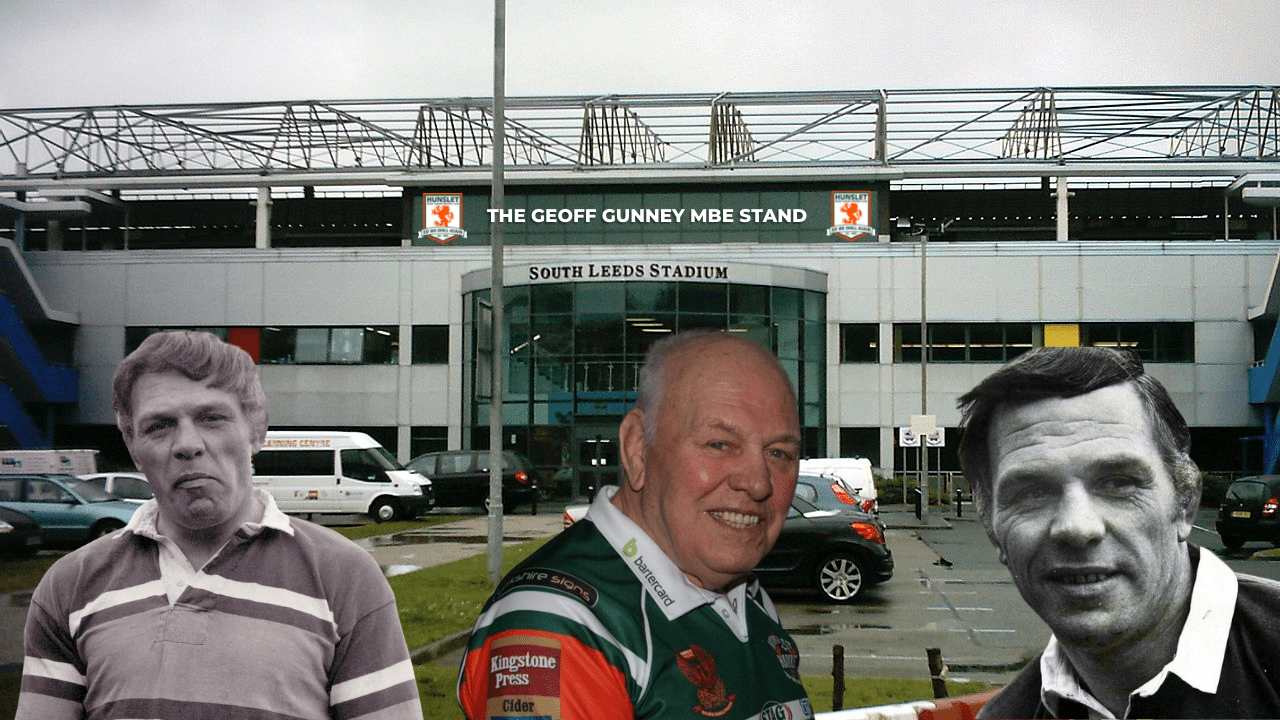 Hunslet are asking supporters old and new to help fund the cost of naming the stand at the South Leeds Stadium in honour of their greatest ever player, Geoff Gunney MBE.

As part of naming the stand “The Geoff Gunney MBE Stand”, new signage will feature above the main entrance to the stadium (above the reception windows) and above the player’s tunnel facing the pitch. Initial designs are currently being worked on.

Geoff played 579 times for the Club between 1951 and 1973, scoring 125 tries and 73 goals.  He was part of the 1965 Challenge Cup side that pushed Wigan all the way and is still remembered as one of the greatest finals of all time. Geoff represented Great Britain on 16 occasions and was awarded the MBE for his services to rugby league in 1970. To many people though his greatest achievement was resurrecting the Club after it folded in 1973.

Hunslet director and former teammate Peter Jarvis commented “This honour is long overdue. I know the people of Leeds and the whole rugby league family will get behind this project.

The Club would like to thank Leeds City Council for granting permission for this honour.

Our initial fundraising target is £4k.

Below images are not the actual designs, just for illustration purposes. 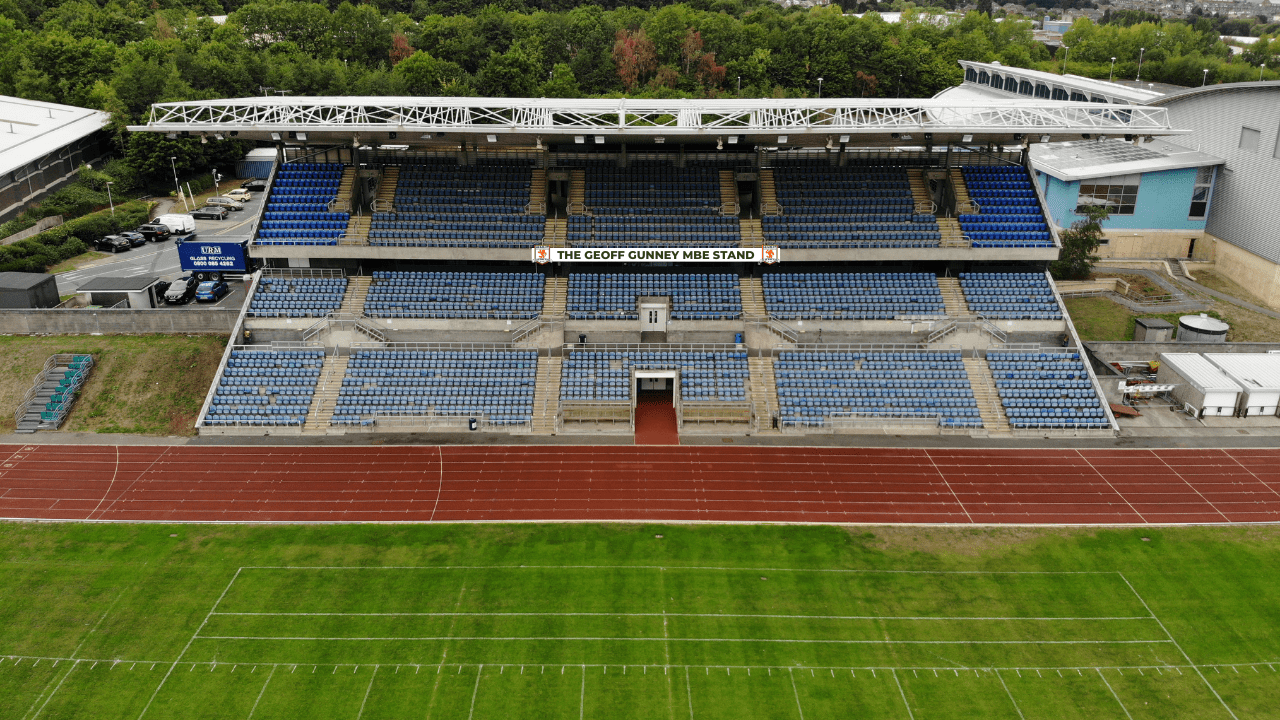 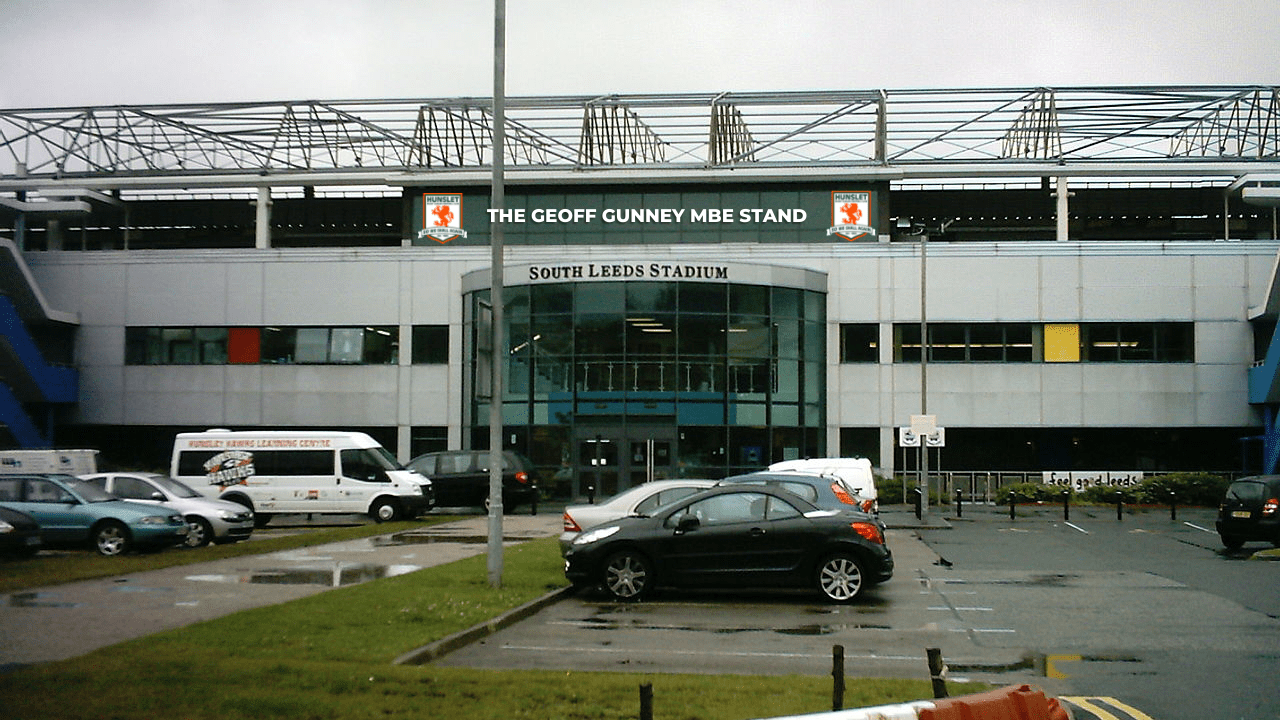 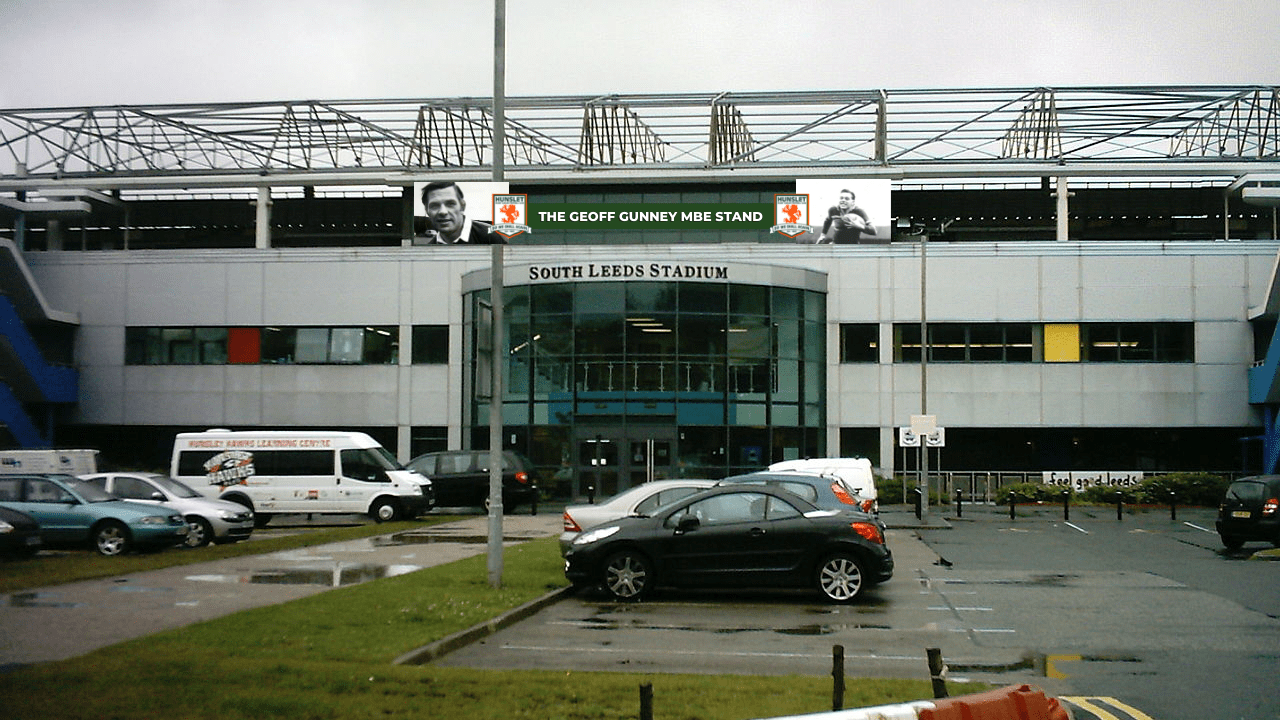