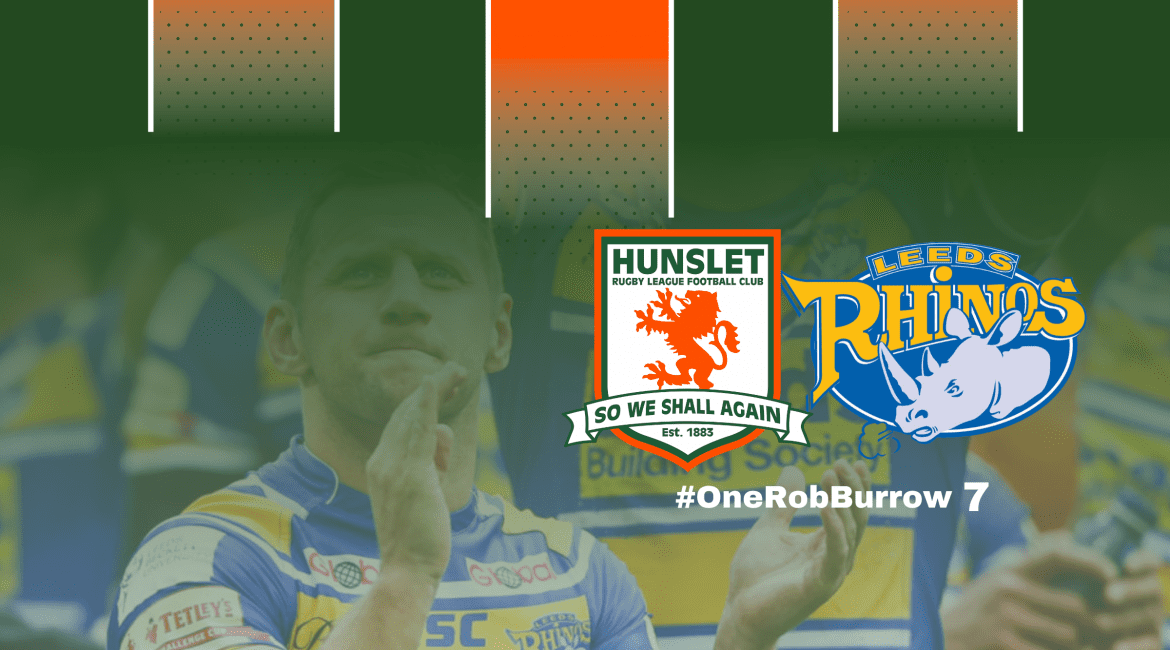 The former Rhinos star has been diagnosed with Motor Neurone’s disease, at the age of 37, and Hunslet’s Community Manager Phil Hodgson said: “Rob’s devastating news has rocked everyone and people are keen to show their support in any way they can.

“We have previously raised funds for SITraN (the Sheffield Institute for Translational Neuroscience), who are working hard to find a cure for this terrible disease.”

He added: “Anyone who is not coming to the game can still make a donation by visiting this site”

The match, at the South Leeds Stadium, is taking place on Friday 31 January (7.30pm).

Hunslet plan to further support Burrow with a sponsored run, in conjunction with the South Leeds Lakers Running Club, from the South Leeds Stadium to Emerald Headingley. “The run will take place on Saturday 4 April and details of how to get involved will be released shortly,” said Hodgson.