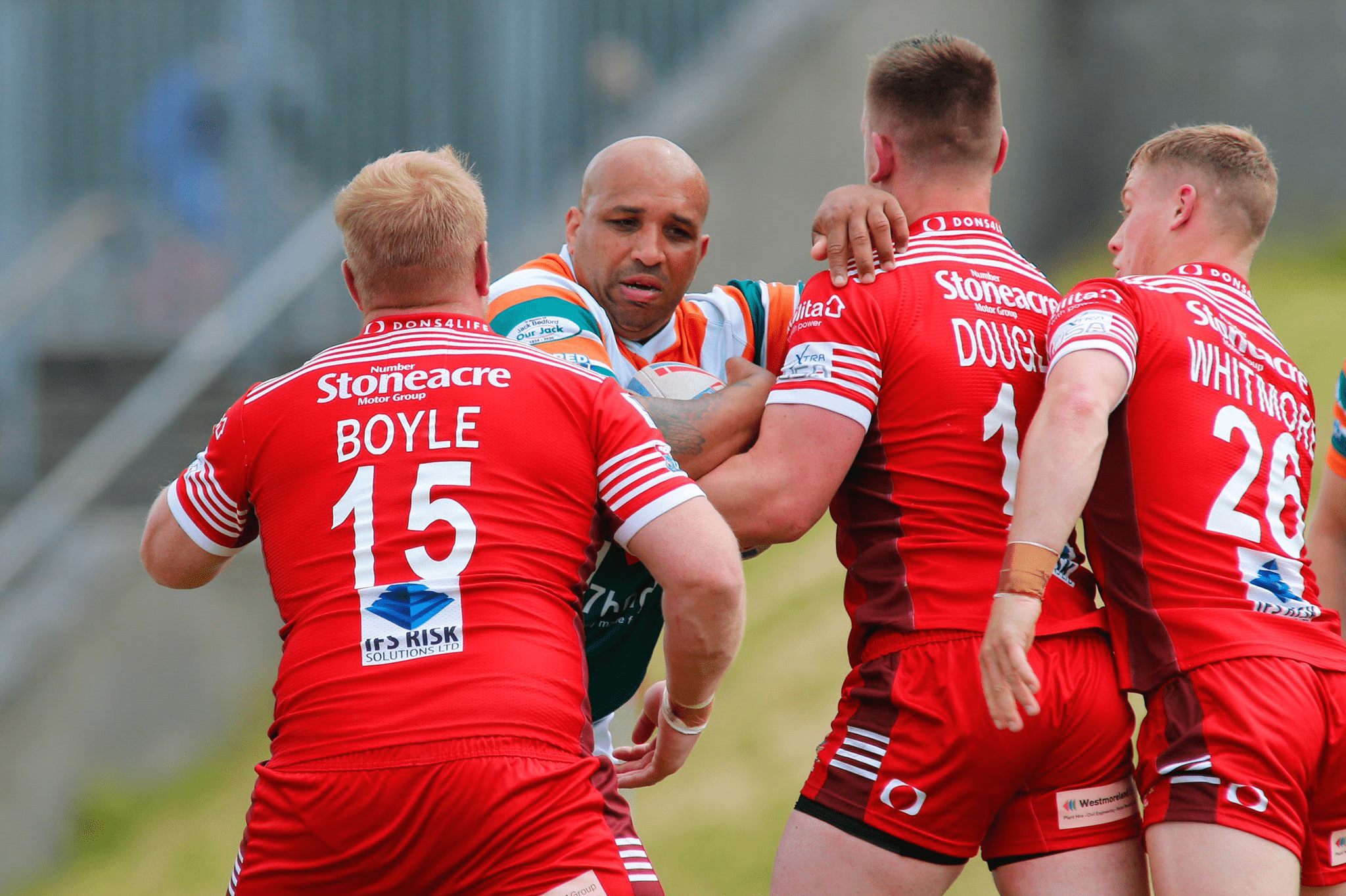 There was some consternation in Hunslet’s press office when Jamaica’s train-on squad for the 2021 Rugby League World Cup was announced recently.

Not that the Parksiders had any real cause for dissatisfaction. Five of Gary Thornton’s team had been named in the Reggae Warriors’ line up, comprising props Jordan Andrade and Zach Braham, halfback Jy-Mel Coleman and wingers Alex Brown and Aaron Jones-Bishop.

There seemed, however, to be a glaring omission. One man who is playing a huge part in Hunslet’s charge for promotion from BetFred League 1 is prop Alex Rowe, whose superb form has caught the eye from the very start of the campaign.

It has emerged, however, that there is a compelling reason for Rowe not being called up by Reggae Warriors coaches Romeo Monleith and Jermaine Coleman (who is himself a former Hunslet player, incidentally).

Rowe is on the sidelines simply because he is ineligible.

The confusion arises from the fact that around a decade ago he played for the fledgling West Indies side, which was dismantled when regulations were introduced that precluded teams from representing `combinations’ of countries.

Jamaica, who had provided most of West Indies’ players, emerged as the region’s sole national Rugby League side. And Rowe, who had qualified for West Indies through his Dominican ancestry, was therefore left on the outside looking in.

The powerful 36-year-old prop, who was born in Lewisham, south London, is also qualified for Malta, through his grandmother, and has happy memories of representative Rugby League with that country as well as with West Indies.

“I enjoyed taking part in a `Sevens’ mini-tournament for Malta several years ago,” enthuses Rowe, “while it was terrific to be part of the West Indies team that made history by playing its first international, against South Africa, back in 2004 at London Skolars’ New River Stadium. We won that 50-22 and around the same time we won the prestigious York Nines tournament. They were heady days.”

Alex Rowe, with his international career stymied (although England coach Shaun Wane will surely struggle to find a prop with a bigger heart….) is now focusing on Hunslet’s promotion challenge, which is firmly on course after an indifferent start to the campaign.

“We were behind the 8-ball a bit at the beginning of the season because of limited training opportunities at the council-owned South Leeds Stadium, given Covid-19 protocols,” he reflects. “Then we were hit by quite a lot of injuries, including to influential players, which set us back still further.

“We were a bit light in the middles but our coach Gary Thornton has recruited well, he’s brought in a few lads who have really strengthened us, and I’d now back our pack against any in the league.”

That pack would, one imagines, be looked on favourably by the Gods of the formidable unit `the Terrible Six’, which spearheaded Hunslet’s wonderful feat of becoming, in 1907-08, the first club to win All Four Cups (the Championship, the Challenge Cup, the Yorkshire Cup and the Yorkshire Cup).

Alex Rowe, it emerges, has a keen sense of Hunslet’s glorious history as his wife, Laura, is a member of the famous Langton family. Dean Langton, the owner of Skelton Ltd, is a former sponsor of the club while the fine fullback Billy Langton served the Parksiders with great distinction for many years, becoming only the second man in Rugby League history to play and score in every match for his club, in 1958-59.

That hefty contribution went some way to helping Hunslet reach that season’s Championship Final, the Parksiders losing to St Helens in a classic played before a 52,560 Odsal crowd; the Yorkshire county player also starred in the equally memorable 1965 Challenge Cup Final against Wigan, and in several Yorkshire Cup Finals.

“The family is rightly very proud of the connection,” says Alex. “I’m not from the area of course, but I’m very settled in Leeds and Hunslet Rugby League club means a great deal to me. I’ll be doing my utmost to get us promoted.”