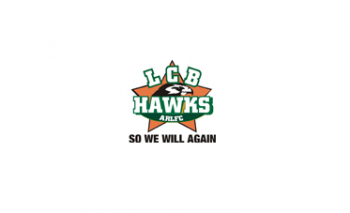 Leeds College of Building Hawks put in a top performance against Huddersfield New College running out 46-10 winners. It was certainly a tough game and LCB had to wait until well into the 2nd half before pulling clear scoring some very good tries. LCB actually went behind to an early score from Huddersfield before striking back scoring 3 quick tries to build up a 16-4 lead; the best of these coming from Joe Walton who ran fully 70 metres to touch down. Huddersfield battled back to 16-10 and a tough opening to the 2nd half was ended with Josh Bell racing back 70 metres to tackle a Huddersfield player just short of the try line and the next set LCB managed to create an overlap to extend their lead to 22-10. LCB then took a firm grip of the game and ended well on top eventually running out comfortable winners by 46-10. Man of the match for LCB was Liam Gaunt as LCB finished their league campaign with 2 back to back victories and showed improvement throughout the season.