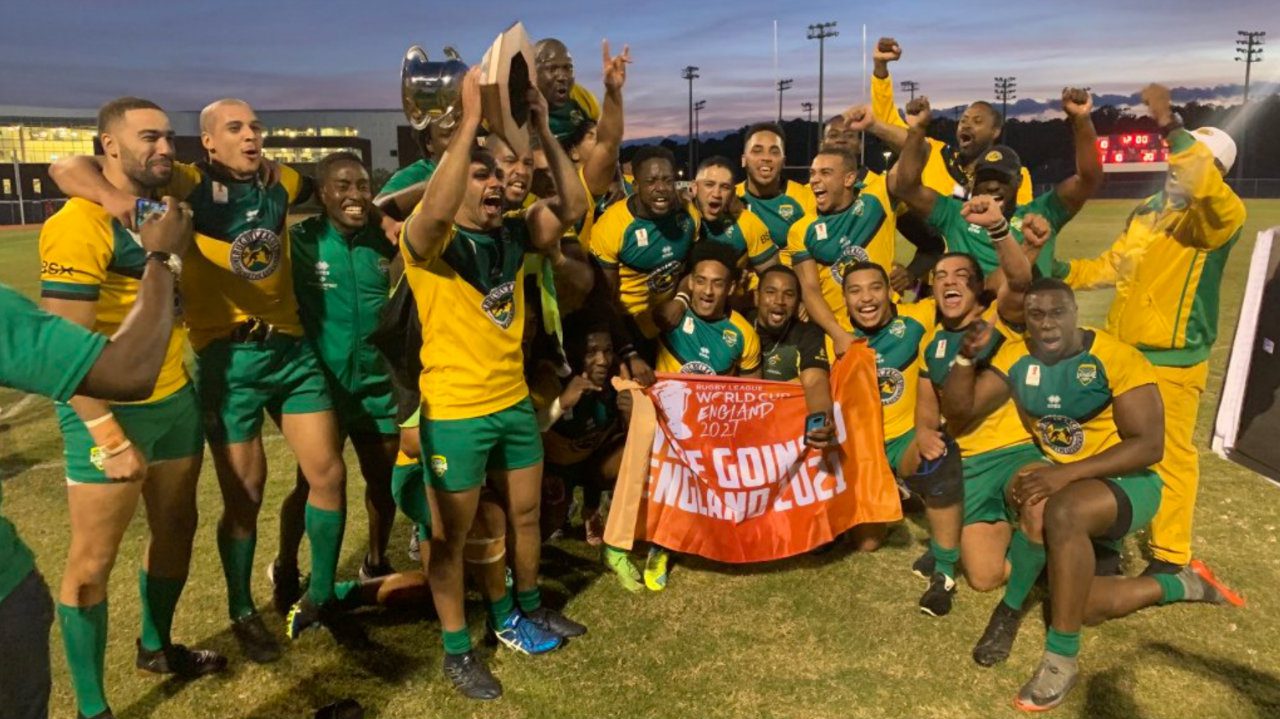 It could be said with ample justification that Jamaica, who will be based in the city of Leeds during next year’s Rugby League World Cup in England, are “coming home”

Prop Steve Pryce whiled away part of the journey speculating on what kind of team could represent a hypothetical Jamaica side.

Pryce, who was born in England of Jamaican parents, and who is a member of Hunslet’s Hall of Fame, recalls: “My team-mates Mick Coyle and David Brook thought I was joking, in fact Brooky said the team would be made up entirely of wingers!

“I’ve reminded him about that from time to time because, having thought up the idea – with names such as Roger Simpson, Sonny Nickle, Alan Hunte, Basil Richards and Craig Richards, plus me and my brother Geoff Pryce springing to mind – I began to turn the fantasy into fact.”

A few phone calls and chats – plus a holiday trip to Jamaica – helped generate concrete interest and a West Indies side was pulled together to take part in the York Nines in the early 2000s, with Gateshead Thunder Head Coach Dean Thomas taking charge and Hunslet’s Roy Sampson acting as his assistant.

West Indies, with the likes of Hunslet’s Jamaine Wray, Steve Elms (who is now a singer, with appearances on such as X-Factor), Gateshead Thunder captain Joe Brown and Michael Brown in the side, won that competition to signal that the team really could have a bright future.

The Middlesex Nines was also contested, and West Indies subsequently played their first full-sided game at York outfit New Earswick All Blacks, when Alan Hunte helped out with the coaching.

West Indies’ only 13-a-side international, when South Africa were beaten 50-22 at London Skolars in October 2004, included Wray and fellow Hunslet Hawk Danny Herbert, while Alex Rowe (who joined the south Leeds outfit before the start of this season) grabbed two tries.

The next step was a trip by Jamaica to play the USA in a historic friendly at Jacksonville. Pryce, who was in that team, which was captained by Wray and which also included Hunslet’s Danny Thomas, remembers: “It was really emotional for me, singing the Jamaican national anthem – as it was with `God Save the Queen’ when I later played for Great Britain Masters – in fact I don’t mind admitting that I burst out crying.

“That fixture really got Jamaica Rugby League going and the team went on to play Hunslet at the South Leeds Stadium, where we also trained, when players like Craig Richards and the legendary Des Drummond helped with the coaching.

“And I was delighted when, as part of the development of Caribbean Rugby League, West Indies took on Hunslet in my benefit match in 2005. That was a fabulous day, with such as St John Ellis and David Plange turning out.”

Another former `great’ came out of retirement for the occasion. “It was Garry Schofield,” says Pryce. “I don’t think he’d played for around three years but he was in great shape for the game and showed all his old skills, including fantastic long passes.

“And I’ll never forget how, beforehand in the changing rooms when he was pacing around and was clearly `up’ for the contest, I approached him with the team-sheet. He had a `c’ for captain against his name. I put a `v’ in front of it and said, `it’s my benefit, Schoey, I’ll be skipper today.’  He was tremendous about it!

“It’s fantastic, now, to know that Jamaica will be in the city for the World Cup in October and November next year. I could never have imagined, on that trip back from Wembley in 1997, when the side was only a figment of my imagination, that a Jamaican team could have come so far so soon.”