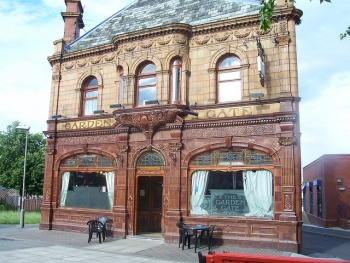 The Hunslet Rugby Foundation in association with the Garden Gate pub have created a heritage room dedicated to the history of Hunslet Rugby League.

The room will be decorated with displays of memorabilia from every era of the club, with special features on Alan Snowden, the club’s record tries in a season scorer and Billy Langton the club’s record points scorer

A number of Hunslet past and present players will be in attendance and the Championship 1 Grand final trophy recently won by Hunslet Hawks will be on display.

It will be a great opportunity to meet old and new friends and chat about Hunslet Rugby League past, present and future.

To mark the event the first 100 pints will be just 10p each courtesy of The Garden Gate and Leeds Brewery.

We have a long list of invitees including local councillors, club officials and sponsors and we would like to see as many Hunslet fans as possible come along.