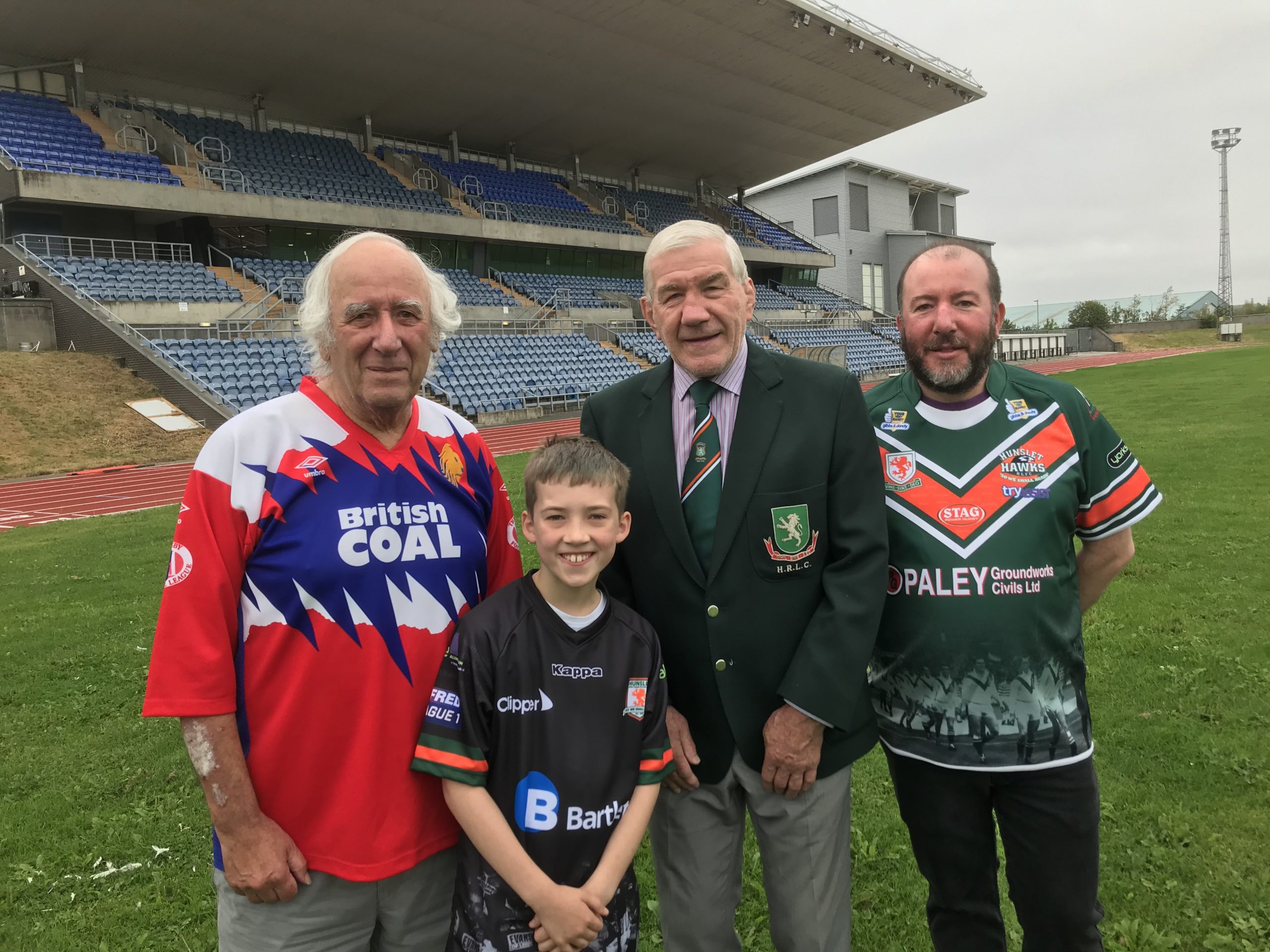 Ken Sykes was delighted to meet with 3 generations of the Birch family at the weekend who presented the Club with a cheque for £5,000 to bolster Club funds in readiness for the 2021 season.

Bill, who hails from Wolvehampton, has been a regular at Hunslet since moving to Leeds in the early 70’s.

“I fell in love with the Club at the Greyhound Stadium and have been a supporter ever since. Hunslet is a great family club that gets in your blood”.  Son Matthew is also a season ticket holder and grandson Nathaniel has already attended a number of games.  “He is not a regular yet, but will be”.

A mining engineer by profession, Bill is now a director of Blast Log Ltd, an independent consultancy company specialising in blasting and vibration issues in the quarrying and mining industry.  During his time with British Coal he was the mining expert involved in the construction of the South Leeds Stadium “Please don’t blame me for the coldest stand in rugby league.  I actually advised for it to be built at the opposite side of the road, where it is much warmer” joked Bill.

Ken Sykes commented “I have already been overwhelmed by the number of members and season ticket holders who have passed on the option of a refund due to this season’s cancellation, whilst fully understanding the position a small number have found themselves in.  The donation from Bill makes a big difference to us, not just in financial terms but in giving a lift to everyone at the Club that we are all in this together. We are extremely grateful to Bill and his family for this donation”.

The Club is always seeking new investment so if you or your company would like to get involved please email info@hunsletrlfc.com or telephone 0113 271 2730.