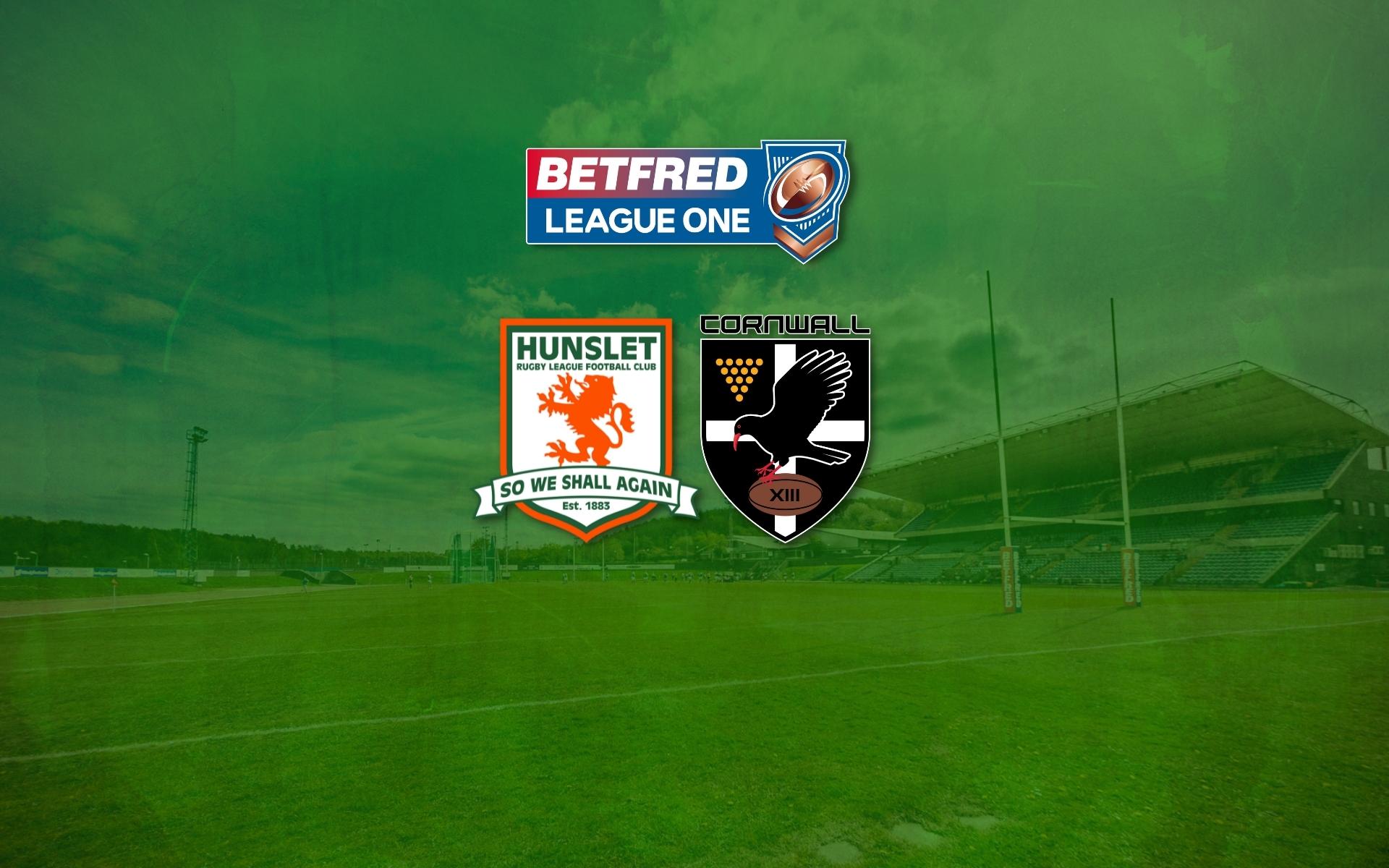 Hunslet’s home Betfred League 1 game with Cornwall on Sunday represents a meeting of the youngest club in Rugby League – and one of the oldest.

The Choughs, who are in their first season, will be taking on an outfit formed back in 1883 and which was among the 22 clubs that launched the Northern Union in 1895.

A real power, the Parksiders famously became the first team to pull off the All Four Cups `clean sweep’ feat in 1907-08. And Hunslet subsequently set the agenda for Rugby League and many other sports in a host of other ways, not least by being the first professional side to field a black man when the American Lucius Banks signed in 1912-13.

Cornish fans watching their favourites at home games at the Memorial Ground, Penryn – and they are turning up in numbers, with crowds of around four figures – might care to reflect that the post protectors that everyone in rugby, world-wide, takes for granted were first introduced (but, sadly for Hunslet’s coffers, not patented) by the Parksiders.

So it’s very much a case of the Old Guard v The New Boys, even if Hunslet’s entertaining team under head coach Alan Kilshaw is perhaps one of the youngest ever fielded by the south Leeds outfit, certainly in the pack; which is in marked contrast to the occasion exactly 57 years prior to Sunday’s fixture, when the Parksiders were edged 20-16 by Wigan before nearly 90,000 fans in one of the greatest of Challenge Cup Finals.

Hunslet will, in addition, be welcoming back an `old boy’ in Cornwall’s vastly experienced and wily head coach Neil Kelly, who played for the Parksiders back in 1988, in just one game.

Kelly was in the Hunslet side that travelled to the Boulevard on 18 September 1988 to take on Hull in the first round of the Yorkshire Cup – a match that was lost 53-0.

Hunslet’s links with Cornwall, incidentally, can be seen in a museum in the county, a corner of which is devoted to one of the Parksiders’ many classy Welsh players.

Les Williams, a Wales Rugby Union international who signed for Hunslet from Cardiff RUFC in 1949, gave the south Leeds club great service before retiring to Cornwall in 1956, where he won a host of medals as a veteran athlete and became – exactly as he had been in Leeds – a pillar of the local community.

Hunslet head into Sunday’s match aiming to continue their progress up the league table, while Cornwall are seeking their first win. Interested spectators at the South Leeds Stadium could include Leeds’ recently-appointed head coach Rohan Smith, who may make the most of an opportunity to monitor the progress of a number of Rhinos’ players who are on loan at the Choughs. And fans of Dewsbury could also be present in numbers, monitoring the progress at Cornwall of Kelly, who did so much for their club as a coach and as a player.