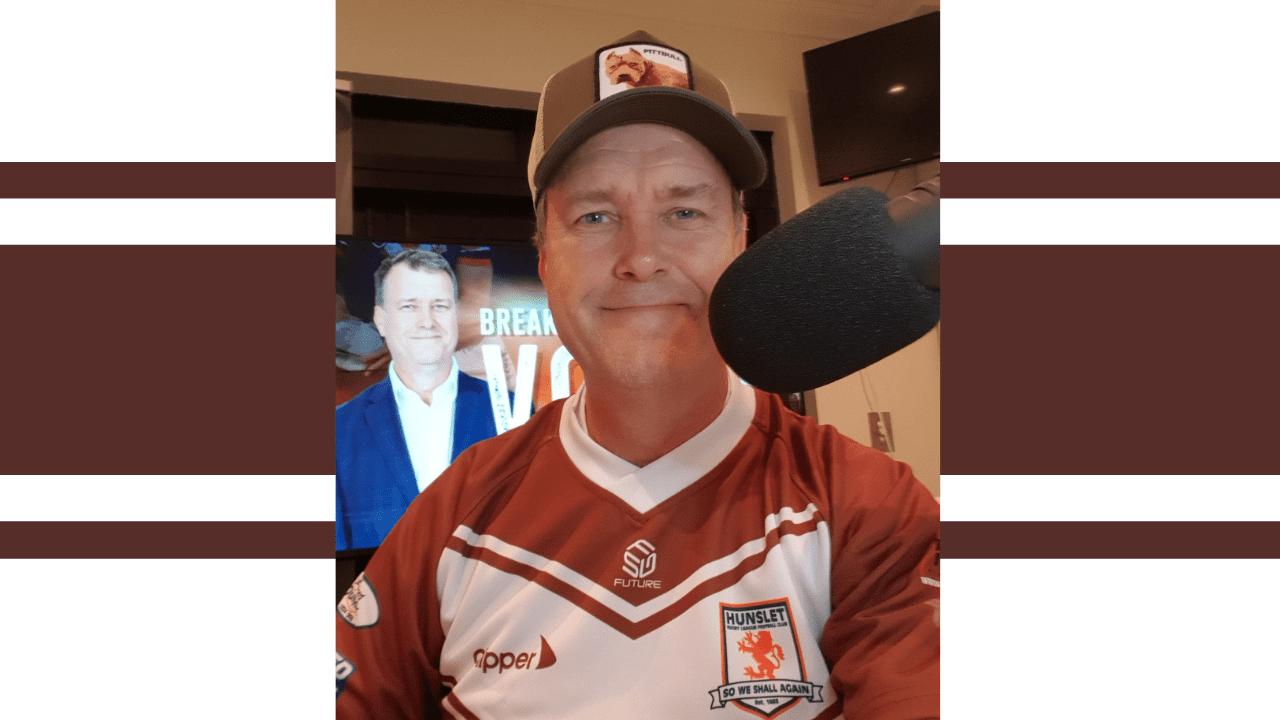 Legendary Australian Rugby League commentator and pundit Andrew Voss makes no secret of his admiration of Hunslet, and since 2013 has had among his prize possessions a Hunslet Hawks jersey (the Parksiders reverted to the name Hunslet RLFC three years later).

Vossy took his backing a step further at the weekend, wearing a replica Hunslet away shirt in the famous chocolate and white for his breakfast show in Sydney.

His support of the south Leeds outfit – which will be bidding for promotion from Betfred League 1 this year under head coach Gary Thornton after having headed the standings when the Covid-19 lockdown was invoked last March – drew an admiring response from fellow Aussie Damian Irvine, who is a non-executive director at Hunslet.

“Things you love to see! Great work Vossy, one of the game’s great advocates and there are few, if any, better callers of the sport,” tweeted Irvine.

Hunslet will launch their title challenge on Sunday 9 May with a home game against Workington Town.