Wayne Baldwinson gets behind the Hunslet cause! 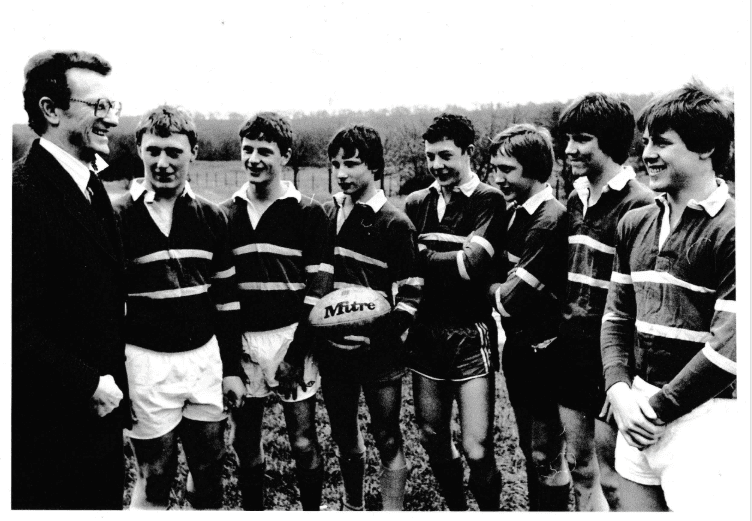 WAYNE BALDWINSON is the latest well-known Rugby League name to sign up to one of Hunslet’s attractive membership schemes.

Baldwinson is the proprietor of B&G Gas Services, which is very active in south Leeds and east Leeds for housing associations and the like. He has put pen to paper on the VIP Frank Watson package – and he is delighted to have done so.

He said: “It had been on my mind for a while and having seen the clarion call for people to get behind the club I didn’t need any prompting.”

Hunslet RLFC is close to Wayne Baldwinson’s heart for many reasons. He was a dynamic prop forward in the Hunslet Parkside team that, with the likes of future Hunslet stars Neil Rayner, Andy Bateman and Richard Francis, together with David Creasser and Garry Schofield, in the side, enjoyed huge success as it gravitated through the junior and youth ranks and which won the BARLA National Youth Cup in the early 1980s.

He had looked set for a glittering professional career himself, only for his ambitions to be ended by a serious shoulder injury sustained while playing for England Schoolboys against France.

One of those touchdowns was in the 12-2 win over Division One outfit Hull KR in the 1962-63 Yorkshire Cup Final at Headingley (the Parksiders collecting the Division Two title in the same campaign). And he was also an important member of the squad that reached Wembley in 1964-65 for the classic Challenge Cup Final against Wigan, and the Yorkshire Cup Final the following season, when Bradford Northern were shock winners.

The strong family connection with Hunslet is typified, too, by Wayne’s auntie, Jill Robinson, who was made an MBE in 1996 for her work with the show-business charity Showstoppers.

Wayne said: “Work is very busy so if I can’t get to any games I’m sure my Auntie Jill will step in for me and make sure my pre-match meal doesn’t go to waste!”

Hunslet have a number of attractive packages to suit all requirements and budgets, ranging from the `Spirit of 73’ Geoff Gunney Membership (in homage to the all-time great who helped launch New Hunslet following the sale of Parkside in 1973), which costs from £5 per month, to the £50 per month Frank Watson VIP membership, which secures a season ticket, match-day hospitality and a seat at the directors’ table at an away match.