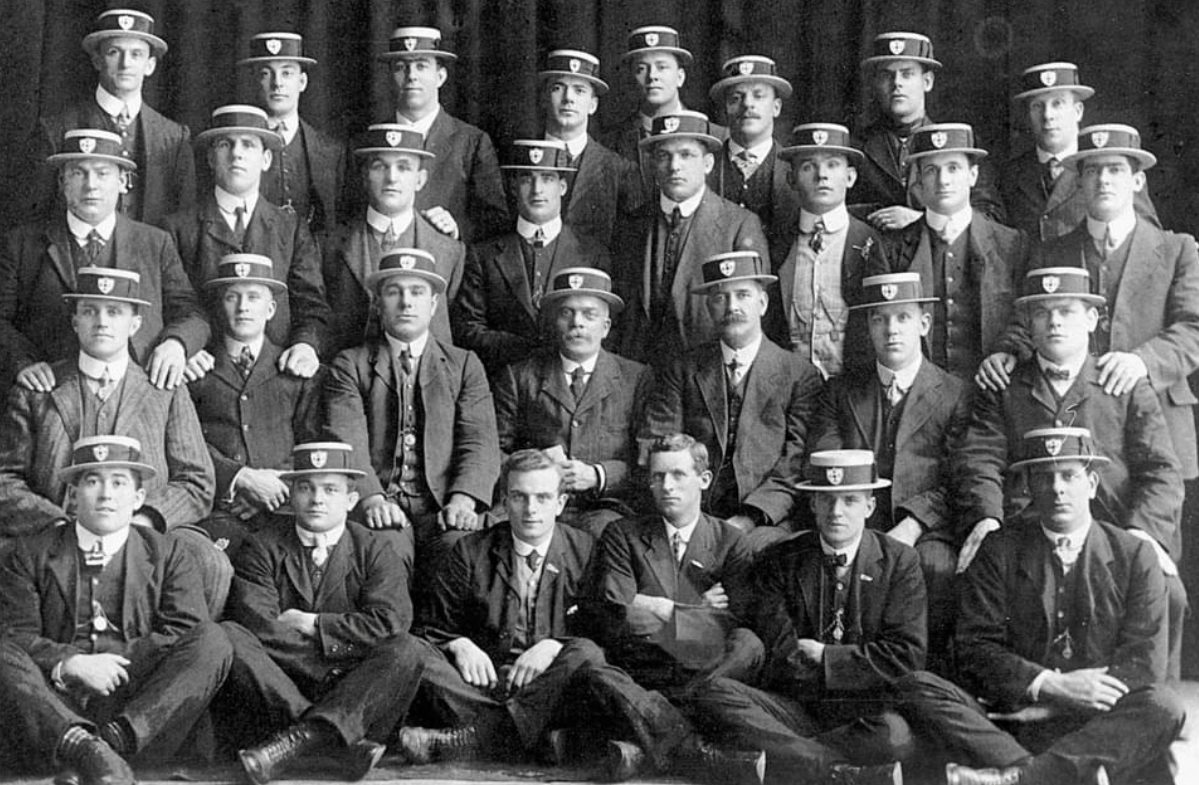 After Hunslet’s successes in 1907/08, the club was well represented in International and County fixtures the following season.

A tour was made to this country by Australia and three Tests were played against the Northern Union.

The First Test was at The Royal Park Ground in London and finished level at 22 points each. Billy Batten was on the wing for this game and scored two tries; Bill Jukes and John Willie Higson were in the forwards

The Second Test was at St James Park, Newcastle, the hosts coming out on top 15-5 and the same three Hunslet players were selected.

For the Third Test at Villa Park, Birmingham, Batten and Jukes were again selected but Higson was dropped. The Northern Union wrapped up the series 2-1 with a 6-5 victory.

Tour Trial matches were played in the early years to determine who would tour. Two Trials were held for the 1910 tour, First Selected v Yorkshire Probables and then against Lancashire Probables.

The first match was at Headingley. Billy Batten played on the wing for First Selected and scored two tries. Freddie Farrar was on the wing and Fred Smith at half back for Yorkshire. Farrar scored a try.

The referee was Frank Renton who played Rugby Union for Hunslet before the split; Pat Benatmane recently wrote about his career in South Of The River.

Farrar took Batten’s place for First Selected against Lancashire at Wigan, scoring a try and a goal; Albert Jenkinson was his centre.

When the tour party was announced, Batten, Farrar and Smith were named, along with Bill Jukes. Before the tour, Batten was injured and played for Hemsworth v Normanton St Johns to prove his fitness. He scored three tries and sailed with the party four days later.

The First Test was at The Agricultural Showgrounds, Sydney. Batten and Jukes were selected and Jukes, who scored three tries, is believed to be the only forward to score a hattrick for the national team. Batten also scored a try in a 27-22 win for the Northern Union.

The second test at Brisbane Exhibition Ground was also won by Northern Union, 22-17, and Batten, Jukes and Smith all played.

As Northern Union were 2-0 up in the series it was decided that two games would be played against Australasia, featuring the best of Australian and New Zealand players.

It was back to the Royal Agricultural Showgrounds for a 13-13 draw and a 32-15 win for Australasia at Wentworth Park, Sydney. Batten and Jukes featured in both and Smith in the second.

A one-off Test was played in New Zealand at Dominion Cricket Ground, Auckland, NU winning 52-20. Batten, Jukes and Smith (one try) all played.

The touring team also played 13 games against representative sides and Hunslet’s players appeared in the following:-

Four games played against New South Wales. Bill Jukes (three tries) and Fred Smith (one try) played in all four, Batten in two and Farrar in one.

Queensland (twice). Batten played in both (two tries), and Farrar, Jukes (two tries) and Smith in one each.