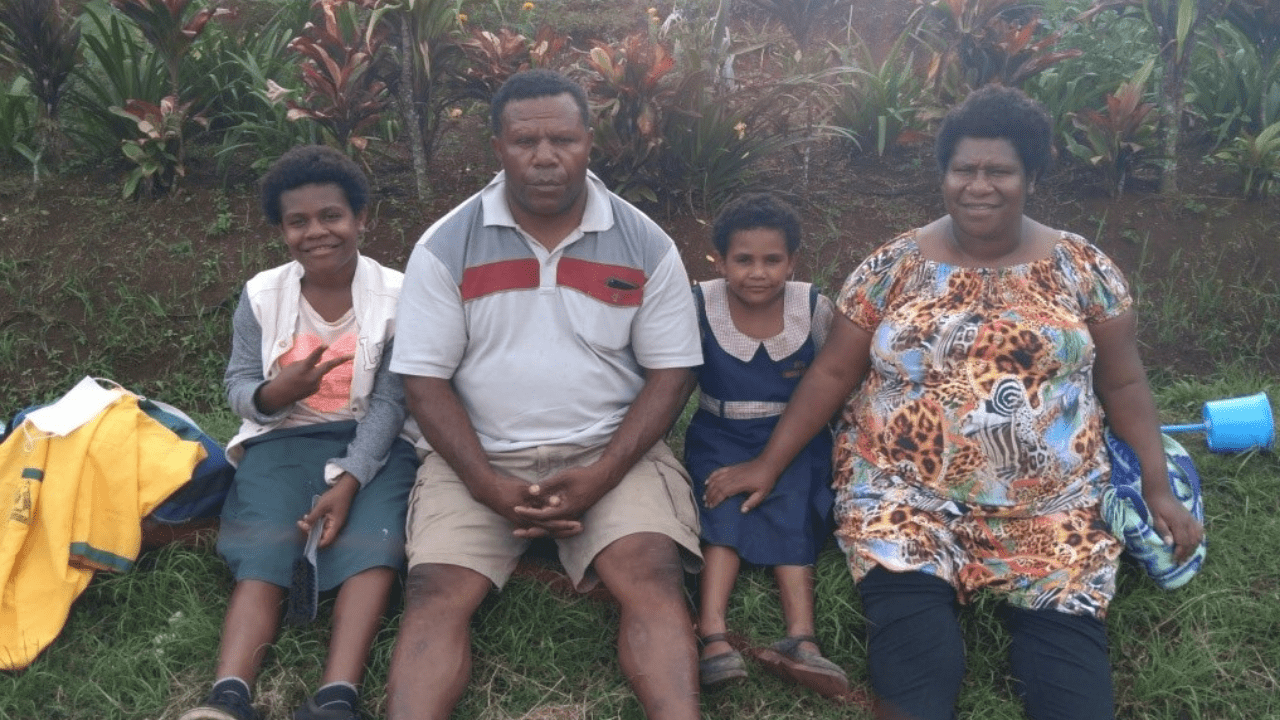 Nico Slain is one of several men from Papua New Guinea who have given Hunslet tremendous service.

The international prop, together with fellow countrymen Michael Mark and Charlie Wabo, starred for the club (then known as Hunslet Hawks) around a decade ago.

Slain made his debut on 11 February 2009 at Sheffield Eagles, and played his last game on 4 March 2010 at home to Featherstone Rovers. He played 16 matches during that spell, scoring four tries, but his all-action style belied simple statistics and he remains fondly remembered by south Leeds stalwarts.

The feeling’s mutual. Back home in Papua New Guinea, where he and his wife Delilah and children Donnia Nicole (eleven) and Pasi Elizabeth (six) – with a son, Nununura, on the way in April – are contentedly happy despite the ongoing world-wide impact of the coronavirus pandemic.

Nico told South of the River: “I would like to take the time to thank all the supporters, players and management of Hunslet Rugby League Club who supported me during my stay in England.

“I have such fond memories of the Hunslet team and my stay there, even though the climate was different to what I’m used to. Where I come from we only have hot and wet seasons all year around and for me to experience four different seasons was a new experience. Winter was a bit difficult for me to adapt to! On the other hand I really enjoyed the breakfast menu served at one of the cafés at Birstall (I still talk about it).

“The hospitality given to me by the players and supporters (Pat Benatmane, Big Al Stephenson, Stanley Gene and others were right up there) was great, and I’m grateful that Hunslet Rugby League club supported me on my road to recovery from injury.”

These days Nico is keeping myself occupied with a range of pursuits, including coffee farming, although he reveals, “last year a bug popped up eating all the cherry beans and therefore affected the production of coffee in the country. The bug is still around – and there’s no cure.”

He’s also busy with inland fish farming and informs his friends in England: “Because of covid, fish mill has run out at the Provincial Agriculture office, so I am trying my best to feed my fishes with home grown food etc which is tough.”

Meanwhile he’s passing on his Rugby League expertise by helping out with coaching at New Tribes Mission School Boys Rugby League (an American school) and Lapi Gosa, which comprises boys from his village and a nearby village.