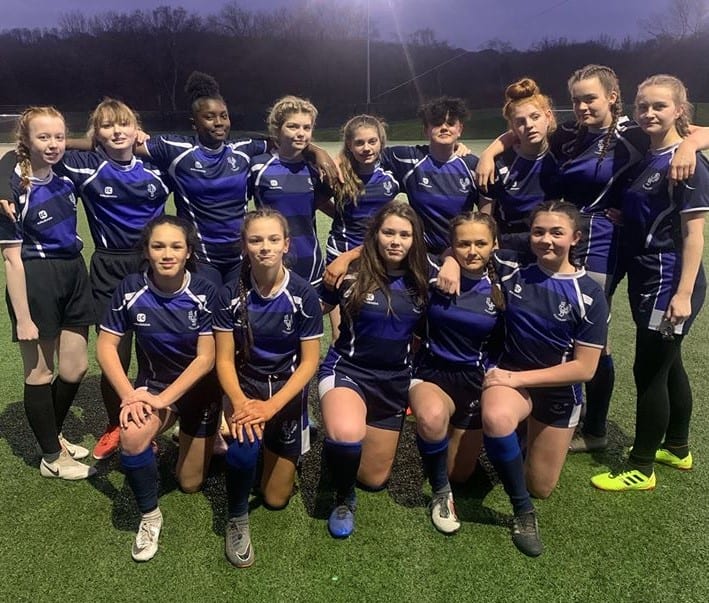 Women’s and girls’ Rugby League is currently the fastest growing area of the sport – in terms of numbers and profile – particularly since the start of the Women’s Super League in 2017. However it is over 30 years ago that girls began to make their mark in schools’ Rugby League in the city, with many of the early pioneers coming from south of the river.

The first girls’ tournament in the city was organised for junior schools in Morley and was held on 24 April 1991. It attracted twelve teams, playing full-contact rules; the driving force behind the initiative was local coach Graham Marcroft. After school reorganisation in 1992, primary schools from other areas of the city took part and the tournament continued until 1996. By this time, with a rule change driven by Iveson Primary School (and later Churwell Primary School) teacher Alun Davies, it was agreed that boys and girls could play together in mixed teams at primary school level. Many girls began to appear in school teams and certainly started to make their mark in the game. Girls appeared in both teams which contested the 1996 Under 11 Watson Trophy Final: Gemma McDowell of Middleton St Mary’s (who had appeared first in the Crowther Cup Final) and Claire Frost and Donna Holmes, who were both try-scorers for Morley school Seven Hills, in the school’s first and only cup final success.

For ten years the organisation and development of girls’ Rugby League in Leeds schools was rather ad hoc, very dependent on staff interest. Most development was in primary schools, with girls playing alongside the boys, as well as having their own teams, matches and tournaments.

The catalyst for growth in high schools was, unsurprisingly, the Champion Schools Tournament, which began for girls in 2004 – commencing with Under 12s (Year 7) and building up to include Under 16s (Year 11) by 2008. South Leeds schools Bruntcliffe and Matthew Murray represented the city in the first county festival for girls, whilst Bruntcliffe won the first Jane Tomlinson Trophy, for Under 13 Leeds school sides, in 2007-08. East Leeds school Corpus Christi provided the city with its first county champions in 2014 and first national champions in 2018.

A couple of South Leeds girls, whom I remember playing schools’ rugby league in the 2000s, now making their mark in Women’s Super League, are Castleford international Sinead Peach (Hunslet St Mary’s) and Reagan Walker (Morley Newlands) who has recently signed for new side Huddersfield, after playing for Bradford in 2017. In addition, in 2008, Rebecca Haley made local headlines along with her brother, former Hunslet prop Michael (see attached article); both had started their rugby careers at Churwell Primary School and with the Middleton Club.

If anybody has details of schools that entered and/or won the Morley tournaments in the early-1990s, I would be interested to know, for my research into the history of schools’ Rugby League. Please contact me on stephenboothroyd@btinternet.com. Thanks!