Gutsy Jets score a round one win 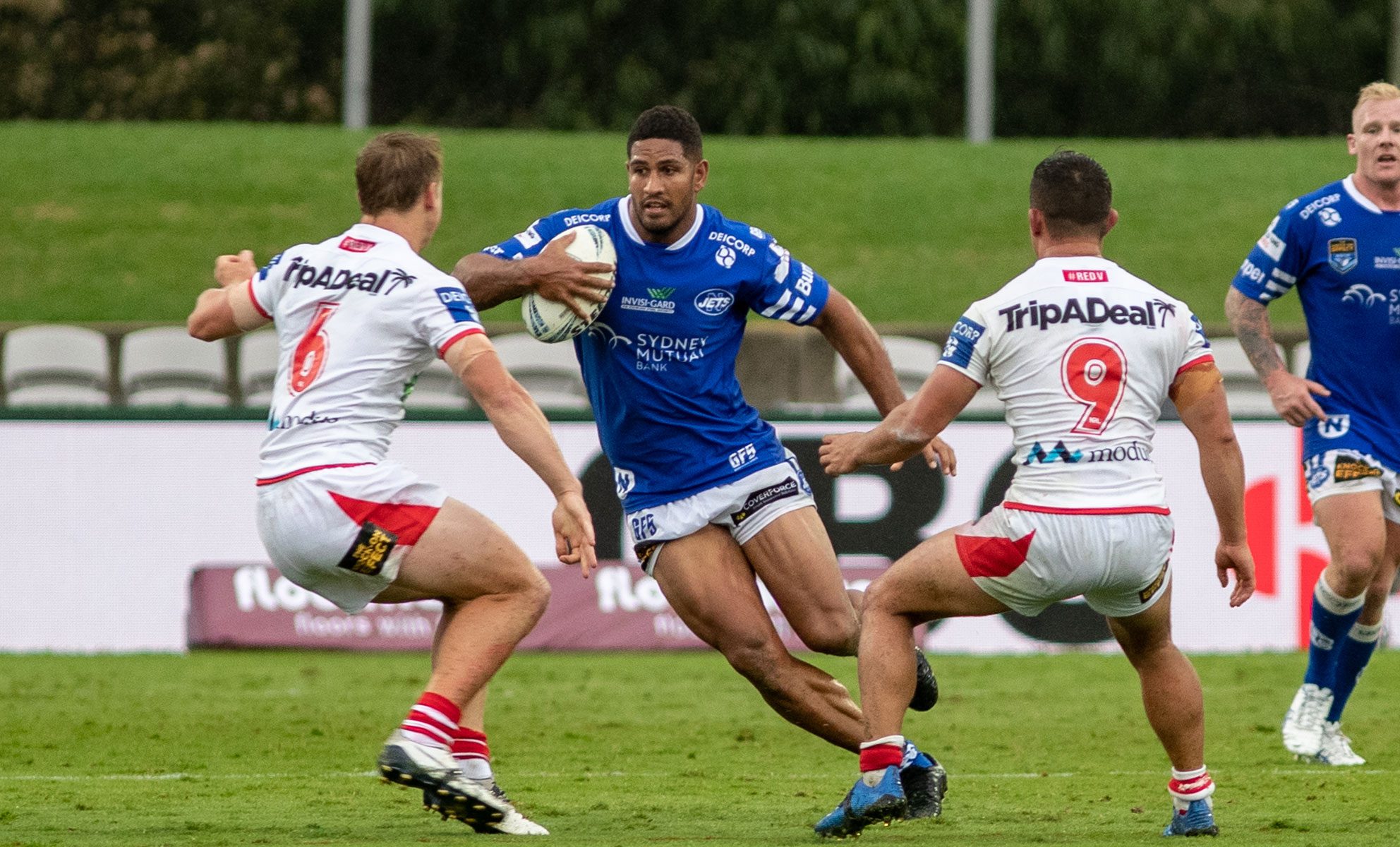 Hunslet’s good friends in Sydney, Newtown Jets, were forced to dig deep, with injuries seeing a reshuffled line up and no interchange players to call on in the last quarter of the contest, before scoring a 16-10 win over the St George Illawarra Dragons in the round one match at Netstrata Jubilee Stadium writes Glen Dwyer.

The Jets lost both centres during the game, Jackson Ferris with a lower leg injury and Tyrone Phillips with an arm issue, forcing back rowers into the back line, halves to fullback and hooker Kyle Patterson into half back, but on the back of some spirited defence and a starring performance from Braydon Trindall managed to sneak home in wet and windy conditions.

It was a Trindall try five minutes from time, after the Sharks-contracted half had set up an earlier four-pointer for winger Edward Alono, which would ultimately get the Jets home.

The match also saw Andrew Fifita play his first game in Newtown colours, the big front rower forced to play extra minutes due to the injury issues facing his side in a solid hit out for the representative prop.

In what was a dour defensive battle in the adverse conditions, the Jets took 17 minutes to post first points, Teig Wilton crashing over on the south-eastern side of Jubilee Stadium and with the conversion sailing wide it was 4-0 Jets.

The Dragons would cross just before the break, Jackson Ford touching down adjacent to the uprights and with the successful kick, it was 6-4 to the home team at half time.

The Alono try seven minutes into the second stanza put Newtown back in front, Trindall converting from the sideline for a 10-6 advantage, before youngster Max Feagai levelled up with 25 minutes left on the clock.

Neither team was able to add to their totals, until the late Trindall try and conversion sealed the result.

In addition to Trindall, the Jets had plenty of praiseworthy performers, back rowers Wilton and Garlick worked hard, as did middle forwards Monty Raper, Tom Hazleton, Dan Vasquez and Gabe Hamlin.

The Jets, who are the defending premiers in the NSW Cup after claiming the title in 2019 before the abandoned season last year, have a short turn around to their next match, which will be against the Newcastle Knights at Central Coast Stadium on Friday night.