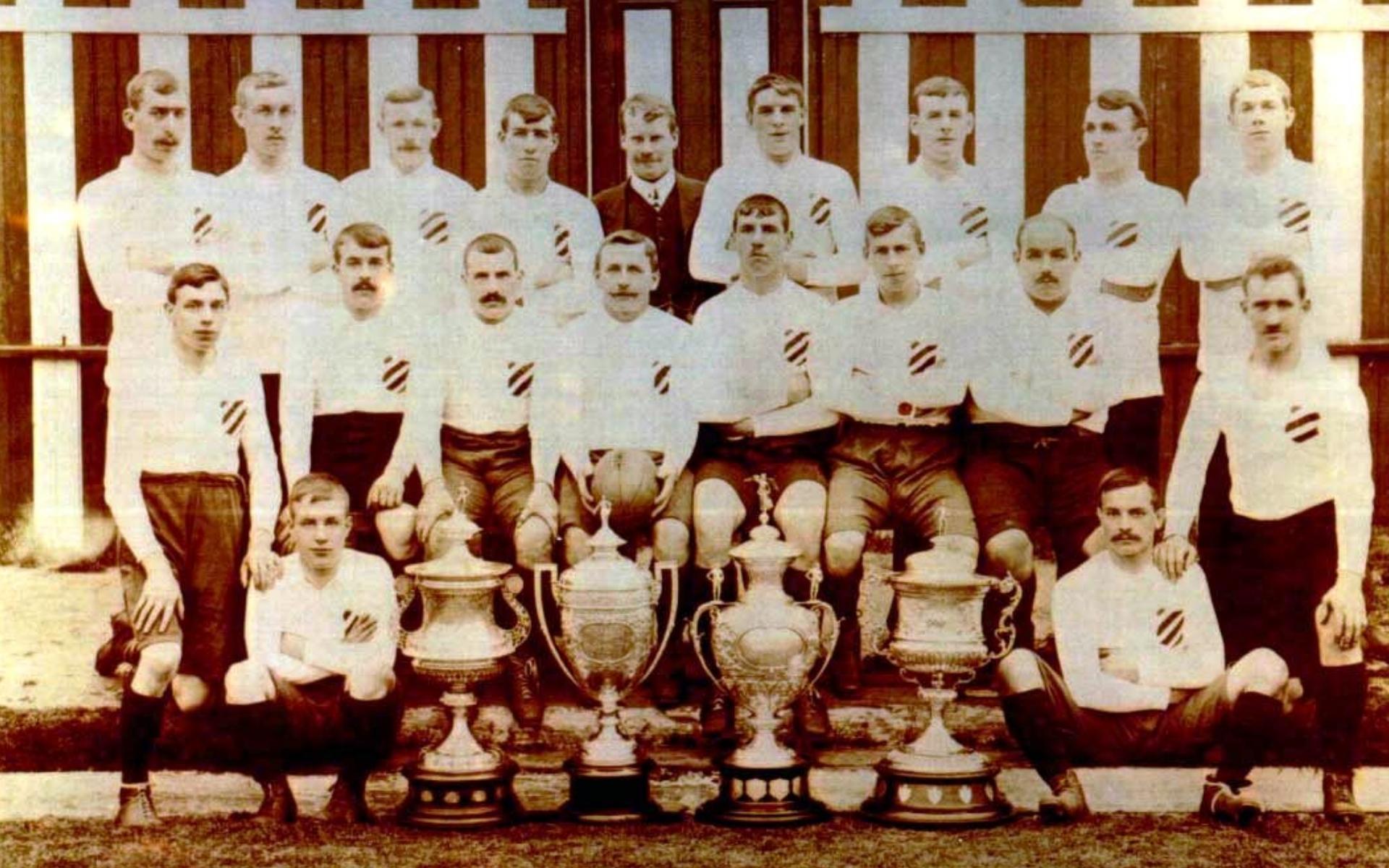 The years covered in this extract from the Heritage list shows the important signings made to form the team which would achieve so much in 1907/08.

Much has been written about that season elsewhere so I will just highlight the players who made a major impact to achieve the All Four Cups triumphs.

Signed from Bradford and played mainly in the centres. Played in the 1905 Yorkshire Cup final. Returned to the then Bradford Northern in 1908 and back to Hunslet in 1910/11. He also played in South Africa. Represented England v Other Nationalities and played for Cumberland on 10 occasions, once as captain, whilst at Hunslet.

From Featherstone Rovers. One of the “Terrible Six”. Played in the 1905 Yorkshire Cup final. Was an international and Yorkshire County representative on 27 occasions. He went on the 1910 Northern Union tour to Australasia and has the distinction of scoring 3 tries in an Ashes test, the only GB forward to achieve this, I believe.

Scrum half from Kippax. A regular Northern Union, England and Yorkshire representative up to the Great War, playing a total of 28 times. Made 2 Ashes tours to Australasia in 1910 and 1914, playing in 7 of the test matches.

Came from Featherstone Rovers, Another of the “Terrible Six”. Played 8 games for Northern Union, England and Yorkshire. Transferred to Huddersfield as a member of the “Team Of All Talents” which repeated the “All Four Cups” feat in 1914-15.

Another member of the “Terrible Six” and also from Featherstone Rovers.

Another of the famous forwards, joining from Outwood. Played 5 times for Yorkshire and went on the 1914 tour to Australasia but only played in 7 club games, not making the test side.

The last of the “Terrible Six” to sign. Transferred to Hull in 1910.

The “Farsley Flyer”. Signed from Bramley, a winger. Played 4 games for Yorkshire and went on the 1910 NU tour down under but only played in 4 club games.

The last to sign before the 1907/08 season. Signed from Kinsley, a three quarter. A regular for NU, England and Yorkshire whilst at Hunslet, gaining 33 caps. Went on the 1910 Lions Tour,. He was injured prior to the tour and played in a junior match for Hemsworth to prove his fitness 4 days before the tour party left. Played in 3 of the Tests, scoring one try.
What is remarkable is that only 25 players were used in 1907-08 and 8 of those played in 5 games or less, impressive durability shown by the players as they completed 46 games to secure all four trophies.
In 1908/09, the team largely stayed together and just 2 notable signings were made.

A winger. 11 representative caps including 2 for Northern Union v Australasia in 1911/12. Signed from Halifax Caddy Fields and moved on to Leeds.

Signed from Burley Lawn. In addition to his 153 “official” games he also played 23 times in the Great War (all fixtures were friendlies) as a centre over 15 seasons.
Attached below are the extract for this period from the Heritage list and details of the player’s statistics for 197/08.
1907-08 Players records PDF1905-09 PDF
1905-09 PDF 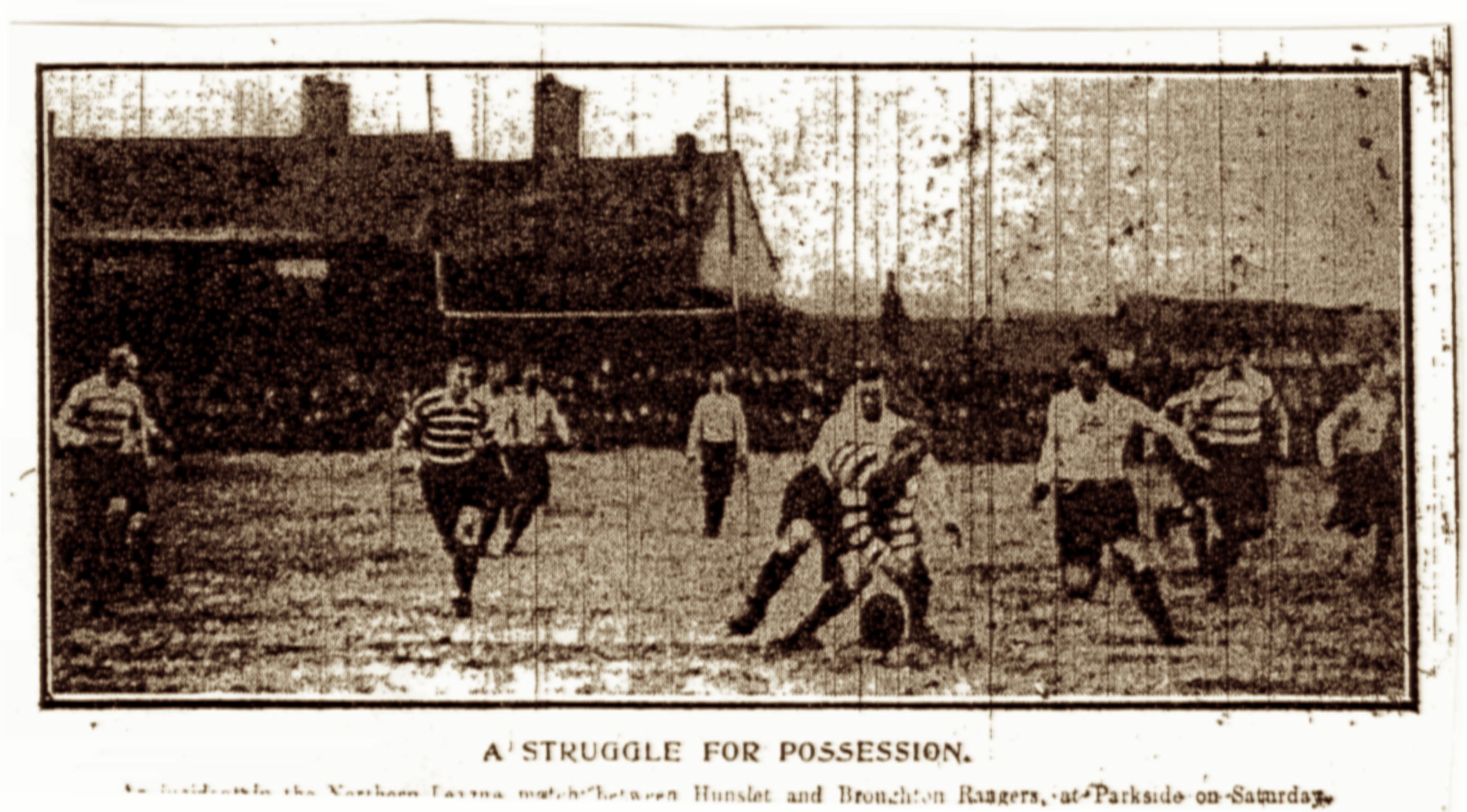