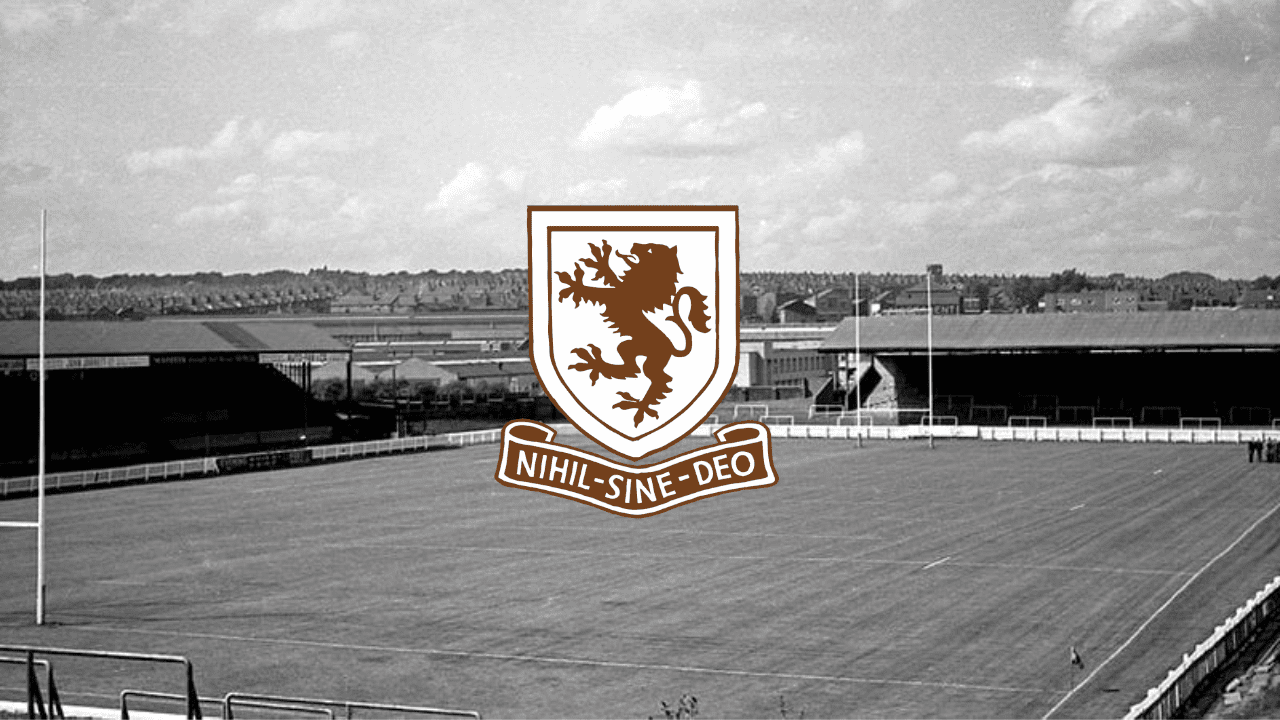 And how the Parksiders celebrated their arrivals…

Peter Dunn (born 10 April 1946). Peter signed for Hunslet on 7 October 1964 and made his first team debut in the same season, at Castleford on 24 April 1965. The Under 19s Great Britain international played 120 games, scoring 24 tries and kicking 32 goals, 22 of which were drop goals. He transferred to the `old enemy, Leeds’ on 23 March 1970 for £4,000. Peter Jarvis says: “I recall a game at Hull KR when we were getting beat by around 30 points and with about five minutes left Peter dropped a goal. Geoff Gunney asked him why he’d done that, Peter’s reply was, `to get my name in the paper.’ The famous cricketer Freddie Trueman was covering the match and his report the following day said `and Peter Dunn dropped a fruitless goal in the dying minutes’. He got his mention.”

Hunslet spent the afternoon of Jackie’s birth grinding out a 3-0 victory at Bradford Northern, thanks to a try by winger George Dennis, a product of York amateur outfit Heworth.

Geoffrey ‘Jock’ Stewart (born 16 April 1945). A product of the Hunslet Intermediate side, Jock relinquished his amateur status on 13 November 1964. His first A-team game was against Dewsbury at Parkside in 1963 and he went on to make his first team debut against Leeds at Headingley in the Lazenby Cup on 16 August 1965.

Two days before Jock emerged into the world, Hunslet beat Featherstone Rovers 5-3 at Post Office Road in the Wartime League.

The Honourable Alan Simpson (born 17 April 1937).  Alan is an honorary member of our association, and also our secretary. A director of the club when we played at Parkside, he is a retired judge and a past Chairman of the British Boxing Board of Control. Alan does an absolutely great job has our secretary. “I dare not say anything else about Alan because it’s bad enough being in lockdown, never mind doing jail-time,” says Jarvo.

On the day that Alan was born Hunslet lost 8-3 at home to Oldham in the last fixture of the campaign, despite scoring the game’s only try, through H Bennett. The Roughyeds took the spoils courtesy of four goals by TE Rees. The defeat left the Parksiders in tenth sport – victory would have hoisted them to tenth, above St Helens Recreation and Huddersfield.

Brian Gabbitas (born 24 April 1935). A true Hunslet legend, Gabby signed on 19 February 1952 and made his first team debut against Hull FC at Parkside the following Boxing Day. Played 352 games, and was the joint winner of the Lance Todd Trophy along with Ray Ashby (Wigan) in the 1965 Challenge Cup Final. His honours include England Junior International, British Army, Yorkshire and Great Britain.

Hull KR were accounted for on 22 April 1935, two days before Brian first saw the light of day, 24-13 at Parkside. The result in the last game of the season left Hunslet in eleventh spot in the table.

Ernest Lundy (born 27 April 1927). “The eldest member of our great association, Ernest made his debut for Hunslet just before the Domesday Book was written,” Jarvo writes, adding, “I understand you could play crown green bowls a bit Ernie.”

Four days prior to Ernest’s birth, Hunslet lost 8-9 at home to Dewsbury in the last game of the season. Victory would have left them ninth in the table, ahead of Leeds, who would have slipped to tenth.