Hunslet Players in WW1 and The Lochnagar Crater in the Somme 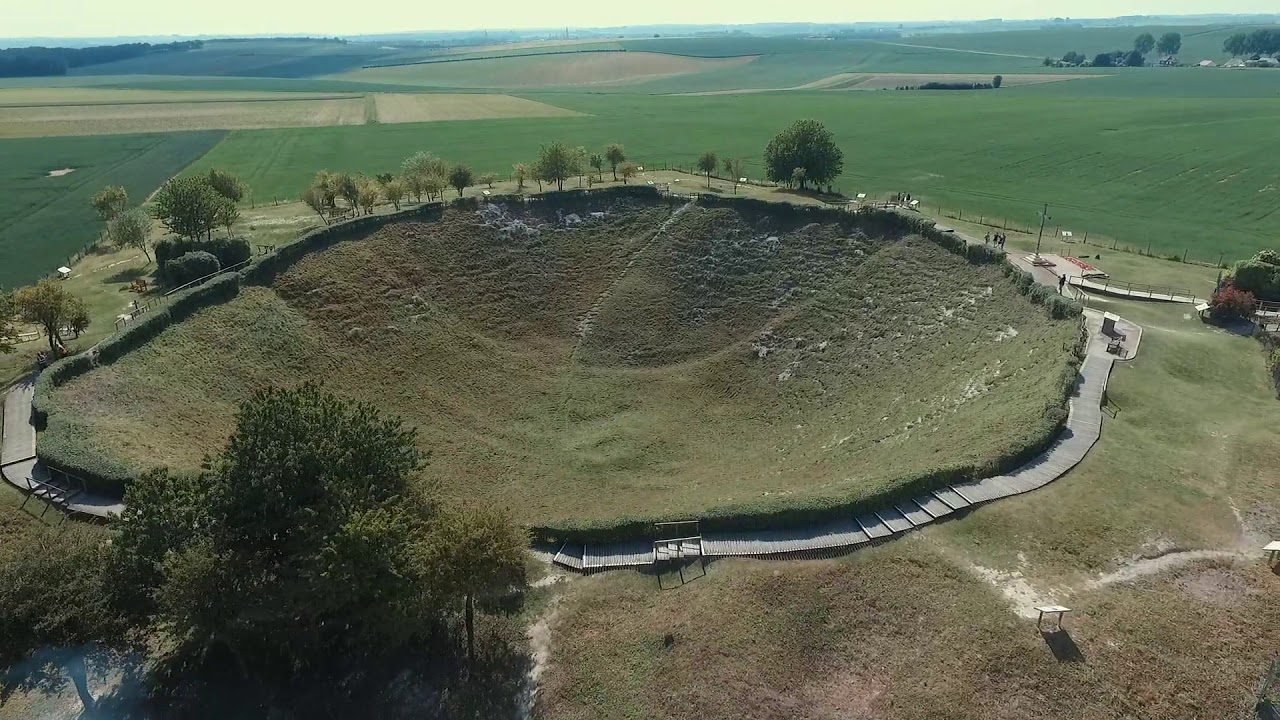 Hunslet Players in WW1 and The Lochnagar Crater in the Somme

Some background first. During the First World War, miners on both sides were sent to the front to dig tunnels under enemy lines. These were packed with explosives in the end chamber then, at the launch of an offensive, the charges were fired, blowing up the enemy. After the war, craters were left. Most were filled in as farmers reclaimed the land. Richard Dunning, from Surrey, realised there would be no tangible remains of this devastating war tactic if all were ploughed away, so bought the largest of these craters in 1978 as a memorial to the many young men from both sides who died. ‘Let us now, in their honour, wage peace.’

Around the crater is a walkway. On the edge of the wooden planks, engraved plaques can be purchased detailing particular WW1 people, mainly from the forces, usually ones who lost their lives on the Somme. These plaques can be sponsored by schools, clubs, etc.  They cost £25 each.

Between the supporters and ex-players of Hunslet, we will have nine plaques at Lochnagar: eight players and one committee member. Some of these died: some were badly injured: others survived. Each plaque will mention Hunslet RLFC and they will be placed next to each other along the walkway. Most WW1 Battlefield Tours will take you to the Lochnagar Crater.

Thank you to all who contributed. You are keeping alive the memory of the generations of Hunslet RLFC family.

The plaques are to commemorate:

Age 19, joined Royal Garrison Artillery but at first was in Army Reserve as he was a miner at Purston Jaglin, Featherstone. Survived and returned to work at Sharlston Colliery. Heritage Number 493.

Committee Member and Chairman for many years from after the war to 1961. Royal Army Medical Corps. Lived in Waincliffe Mount. Became Headmaster of Bewerley Street School. Honorary Life Member of Hunslet RLFC.

So we shall again