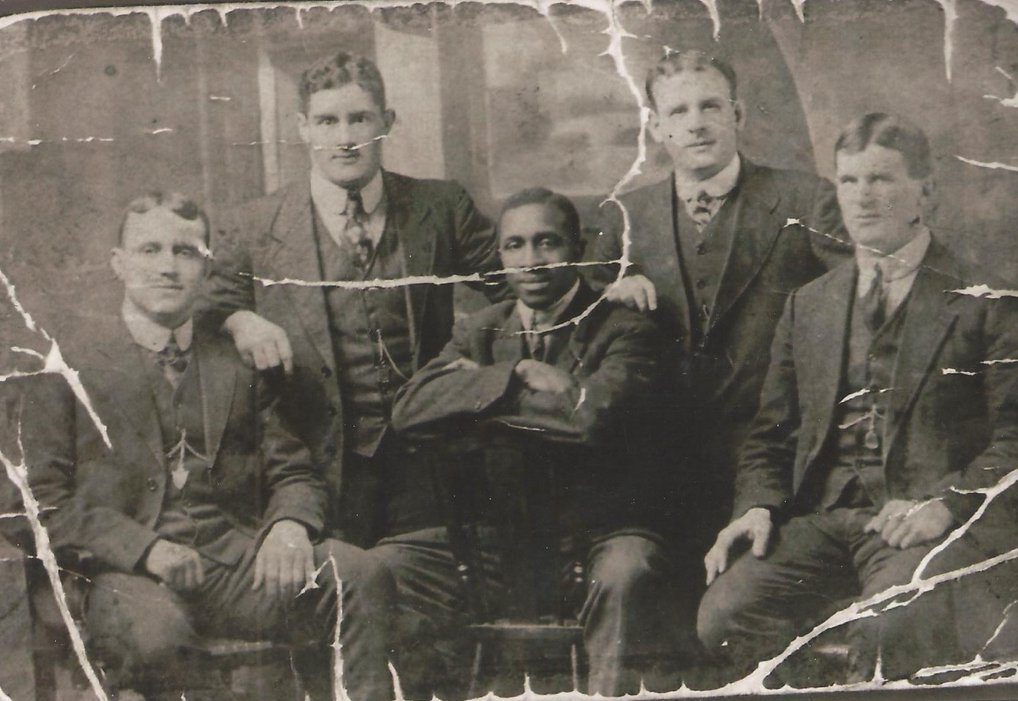 Hunslet, who are rightly proud of having so often led the way in Rugby League, recently highlighted several innovations and achievements for which they were responsible.

The list included being the first club to appoint a coach (Jack Walkington, in 1946), a weights room (in that same year) and, shortly before World War Two, post protectors.

The Parksiders – the first team to win All Four Cups, in 1907-08 – were also the first club to sign a black player when they recruited the American Lucius Banks in 1912.

That has certainly long been the received wisdom. It has emerged, however, that although Banks was indeed the first American, and the first black man, to play professional Rugby League (or, as it was described at that time, Northern Union) he wasn’t quite the first black player in the sport.

A photograph of Pendlebury, the Manchester-based amateur team, taken in 1903, shows an unnamed player of colour in its line-up.

That photograph is in the possession of the Rugby Football League, at its Red Hall, Leeds, headquarters, and cannot unfortunately be accessed during the coronavirus lockdown.

Meanwhile, Rugby League historian Tony Collins has told the fascinating story of Lucius Banks, who was at Hunslet for around a year, in a superb podcast. Although Banks was treated well by the Parksiders others, shockingly, were not so kind. And the tale of his subsequent life, on returning to his homeland, is in turns compelling, disturbing and, to a degree, ultimately uplifting.

The podcast can be accessed at https://soundcloud.com/user-523674328/82-black-history-month-lucius-banks-americas-first-pro-rugby-player