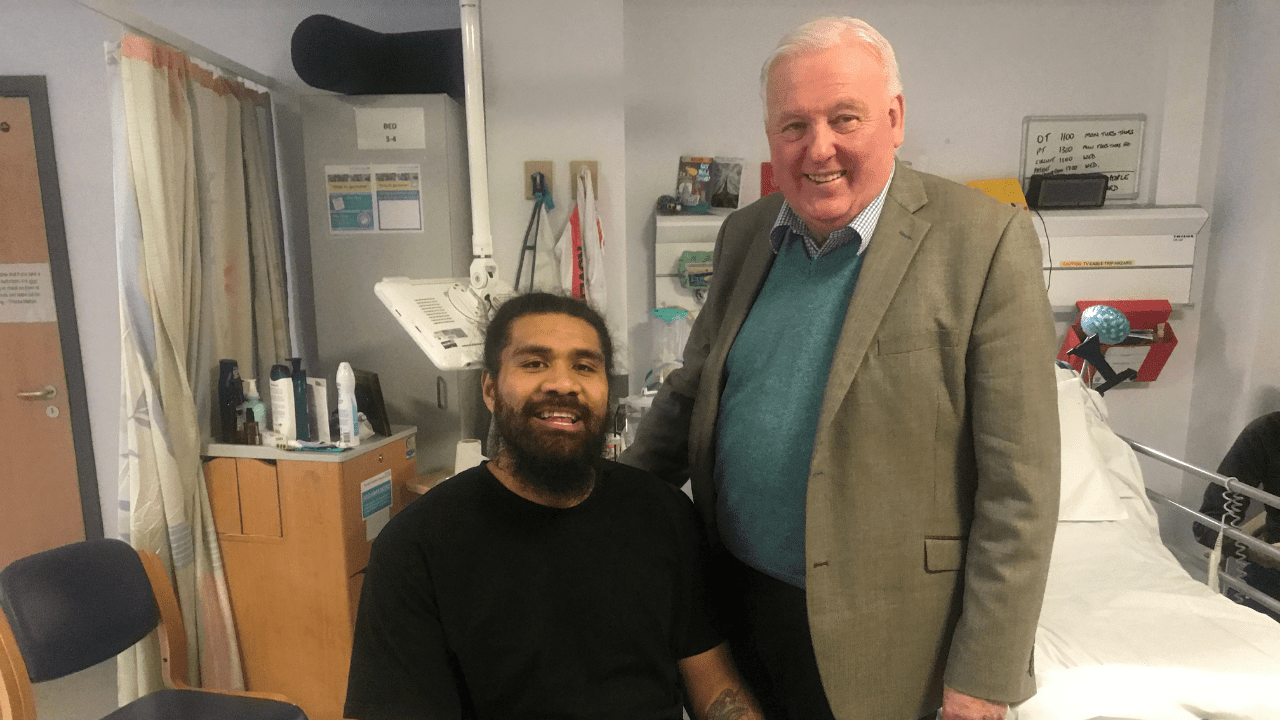 Continuing our monthly series in which board members and supporters pay homage to those who have inspired them.

Even so, I do remember admiring Geoff Shelton and Brian Gabbitas, and I still have a programme from 13 March 1965 – in front of me as I write this – with the score written in by hand (my brother’s since it looks quite neat) Hunslet 7 Leeds 5.

This was the Challenge Cup quarter final during Hunslet’s run to the famous final against Wigan.  So, in a very ironic way, the `Hunslet Hero’ that day was probably the Leeds stand-off Trevor Oldroyd, who missed a goal from in front of the posts that would have at least forced a replay at Headingley.

Fast forward 30 years and I find myself on the touchline at Hunslet Parkside doing a bit of scouting for the Leeds Service Area (who remembers Service Areas?), or in the middle refereeing, where you cannot possibly avoid the legendary Colin Cooper. I’m not sure that I would regard Colin as a `hero’ but I think he had a massive impact on thousands of young people in south Leeds.  I’m also quite proud that he accepted me, I think, even though I was definitely from the `wrong side’.

Another hero of the Hunslet junior amateur RL scene was Eddie Sutcliffe. Eddie was chairman of the Leeds and District Junior Amateur League for many years and had a big interest in rugby south of the river. One of my favourite tales – quite true – about Eddie is the day we went to Headingley for a Leeds Rhinos game. We were there to present medals to the winners of the Leeds & District Junior Cup Finals. The presentations were on the pitch at half-time and as soon we finished, Eddie went home – he wasn’t interested in watching the second half!

With regard to more recent players for Hunslet RLFC – I’m not sure about heroes, and I know that Neil Hampshire refused to mention `favourites’, but I’ll have a go at favourites.

Or maybe `most memorable’ would be a better description – and this could cover a number of reasons.

One of the first that comes to my mind is Neil Lowe. At the time when I was getting more involved with the club Neil was on the scene. I remember a game at Keighley when he won the game for us – and a game at Barrow when he lost the game for us.

The PNG boys – especially Charlie Wabo and Michael Mark – were good on the field and also excellent off the field.

And last, and possibly the most surprising – but without a doubt, in my mind the most important – Steve Ball. I knew Steve from my time on the wrong side at Headingley, and I have to say that we didn’t always get on, but his influence at Hunslet almost certainly kept us afloat – and this at a time when he was also working full time for the RFL launching the Benevolent Fund.

So my vote for Hunslet Hero is Steve Ball – and I think he would be quite pleased to be nominated.