Parkside prevail at Pilks with double-whammy! 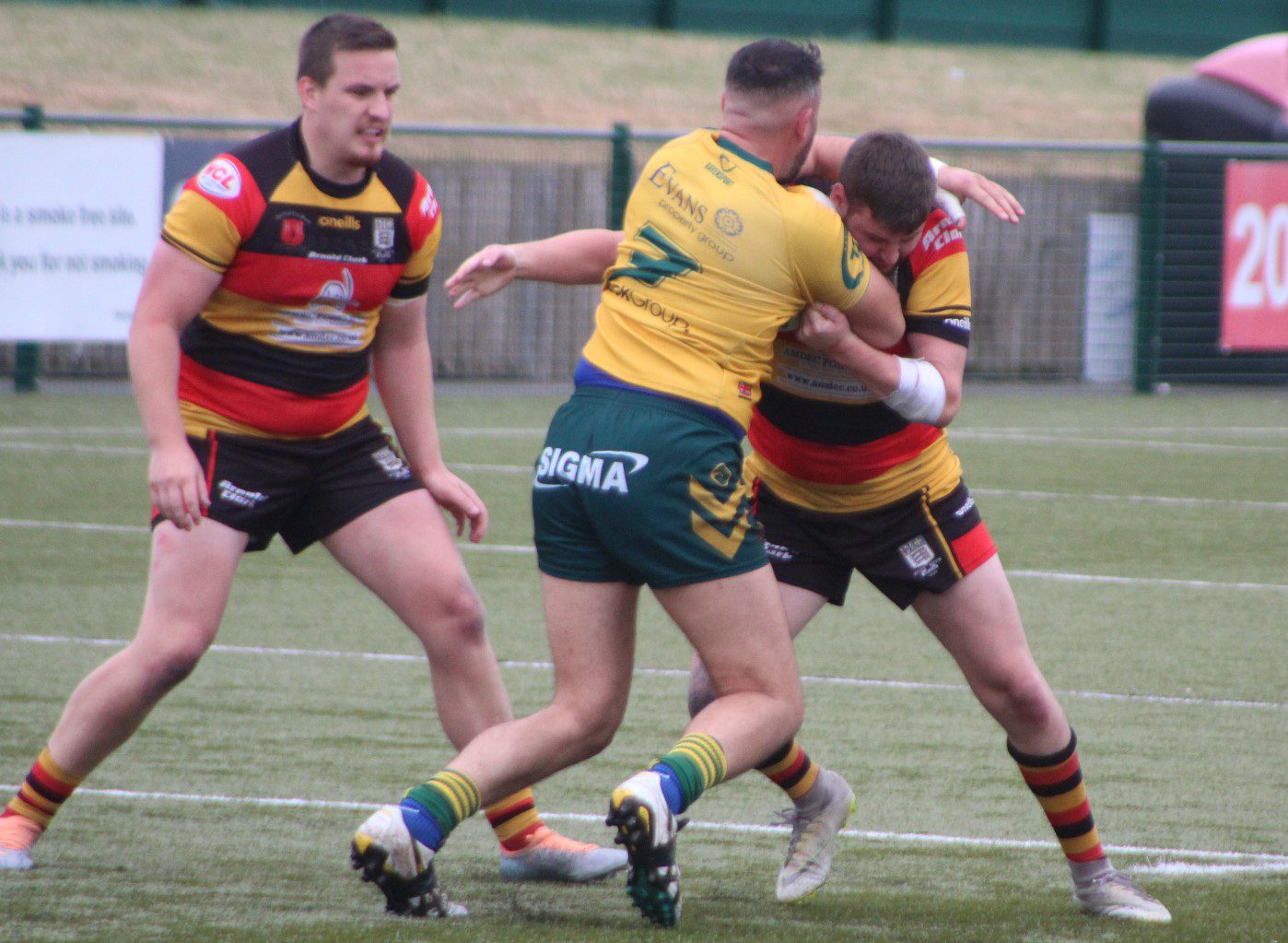 Hunslet Club Parkside are second in the National Conference League’s Premier Division table, thanks to an impressive victory at Pilkington Recs on Saturday – and to the NCL management committee’s confirmation in midweek that the 16-6 result against Lock Lane at the beginning of the month will stand, the referee having abandoned the match midway through the second period.

Parkside are now three points clear of reigning champions Thatto Heath, who are third, but are five points adrift of leaders West Hull.

Pilkingtons, who were level at 16-16 as the hour approached, were seen off through back-to-back tries by Elliott Morgan and Craig McShane, both of which Connor Squires improved in a four-goal contribution with the boot. And victory was assured for Hunslet, who had opened with touchdowns for Ritchie Westwood, Omar Alrawi and Jack McShane, when Craig McShane landed a clinching drop goal.

The Division One `derby’ went the way of STANNINGLEY who, in beating OULTON 46-12, have gone ahead of their rivals into the all-important sixth spot in the table as the play-offs beckon. The Raiders, who recovered from 18-0 behind to only 18-12 behind through tries by Craig Jones and Archie Craggs – both of which Kieran Walpole improved – were undone by a Dylan Wepener hat-trick, tries by Eddie Crossland, Sam Savage, Tom Flannery, Jack Flanagan and Joe Sutcliffe, with Flannery booting seven goals.

HUNSLET WARRIORS clawed their way back from 12-0 down against visitors Dewsbury Moor in Friday’s Division Two clash, Richard Wheelhouse converting tries by Dale Bateson and Tyler Dargan. But the Warriors lost their way when Mickey Lyons was sin-binned at half-time for dissent, the Moor going on to won 20-12.

There was a real shock in Division Two where leaders EAST LEEDS were hammered 54-10 at second-placed Waterhead Warriors, who never looked back after establishing an early 16-0 lead, at which stage Easts’ Jack Thackray copped a yellow card for a high tackle. Luke Littlewood and Andy Djeukessi touched down for the visitors, Littlewood landing a goal.

DRIGHLINGTON, though, brushed aside a levelling rally from 12-0 down by hosts Bentley to win Friday’s game 26-18. Harris Brereton, Zak Smith, Sam Thornton and Cain Crotty touched down for Drig, and Michael Sanderson kicked five goals.