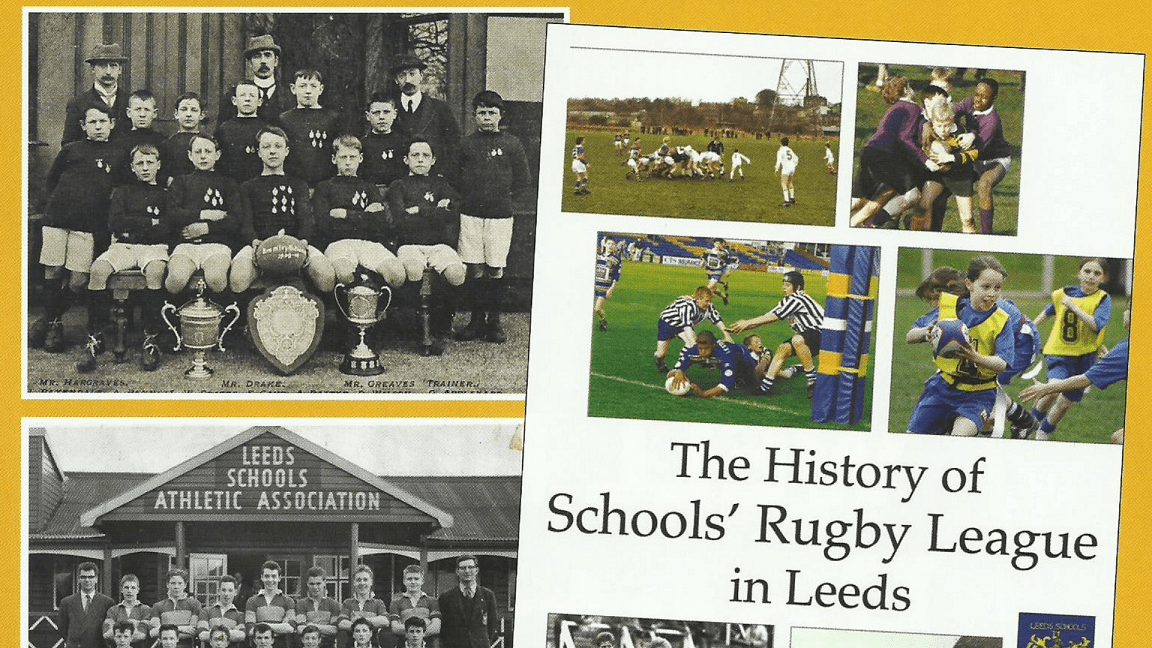 One of the people who ensured the success of the merger, and who was a driving force of the newly-named Leeds & Hunslet Schools’ Rugby League, was Peter Todd, erstwhile general manager of Hunslet RLFC.

At the time, Peter was a teacher at Benton Park School. He took on the role of secretary of the new association in 1996 and remained in post until 2009. As secretary Peter designed a badge for the new association, as well as organising competitions and presentation evenings, and overseeing all the activities of the association. Attending meetings of the Leeds & District junior league and referees’ associations, he ensured good liaison between the three bodies.

As well as coaching teams in his own school, Peter coached the Leeds & Hunslet  Under 13 City Boys sides, having previously coached the Leeds Under 11s to Wembley success before the merger. In fact, as the Hunslet & Morley association didn’t have an Under 11 side that season, the Leeds Wembley team contained a strong contingent of boys from south of the river.

For a number of years, Peter was also an active referee: officiating at local level in the amateur game, as well as the schools’ game. In 1999 he refereed the Under 11 curtain-raiser at Wembley between `development’ schools’ sides Gateshead and Dublin. Always a busy man in Rugby League circles, Peter continues as a member of the committee of L&HSRL and is always willing to volunteer where necessary at the Hunslet club. Peter is featured in the photograph below, as coach of the 1999-2000 Leeds & Hunslet Under 13 City Team.

Peter Todd is part of the rich history of schools’ Rugby League in the city of Leeds, which stretches back almost 120 years, from the early cup-winning Bramley National and Hunslet Carr teams, through some outstanding Hunslet and Leeds representative sides, to the modern-day national girls’ champions from Corpus Christi.

Recently published by Scratching Shed Publishing Ltd, The History of Schools’ Rugby League in Leeds catalogues the game in words and photographs. The book can be purchased from Philip Howard Books on Street Lane, or directly from the publishers (see the advert below).

For more information about the history of schools’ Rugby League in the city, see the official website: https://leedsandhunsletsrl.wixsite.com/mysite-4 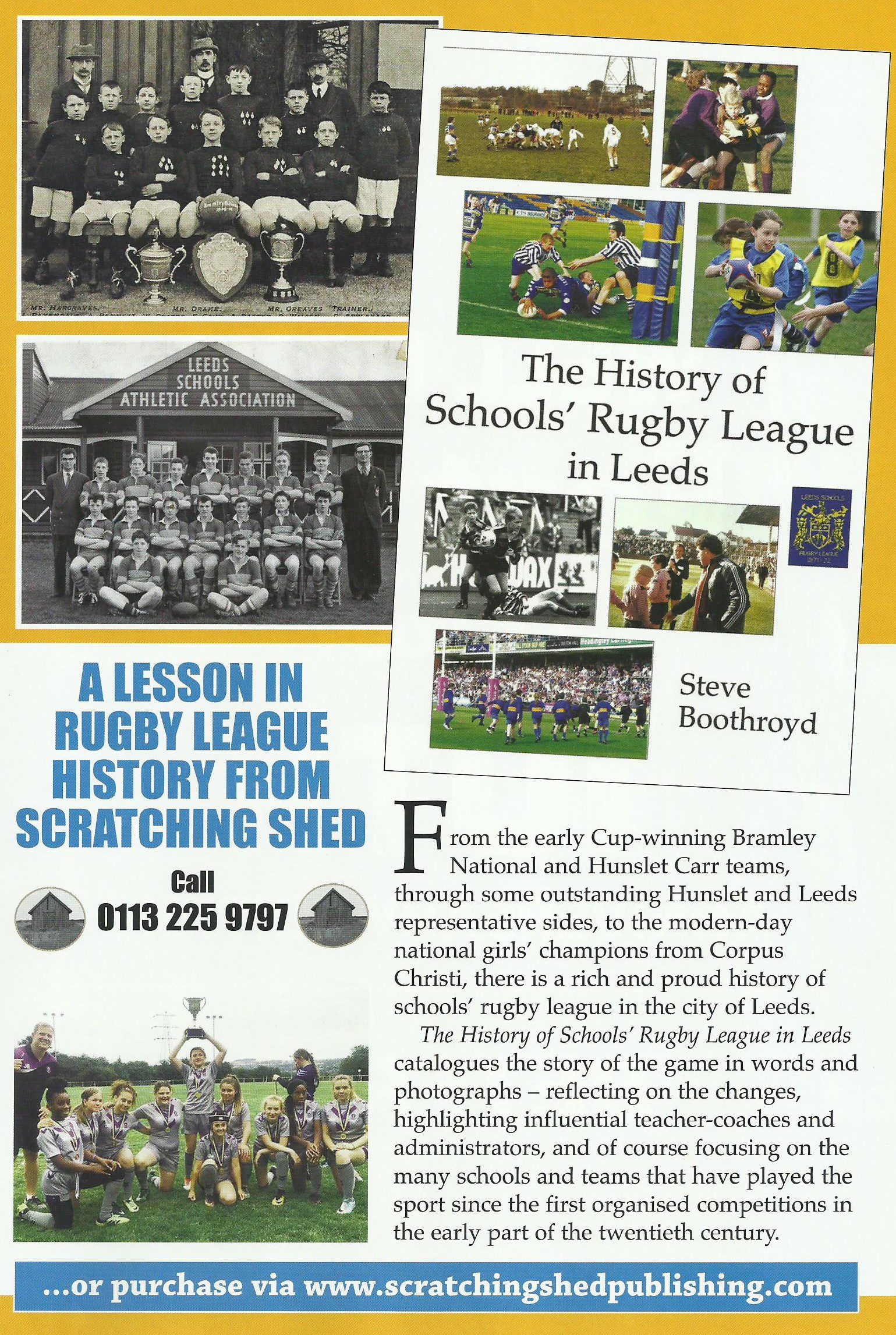 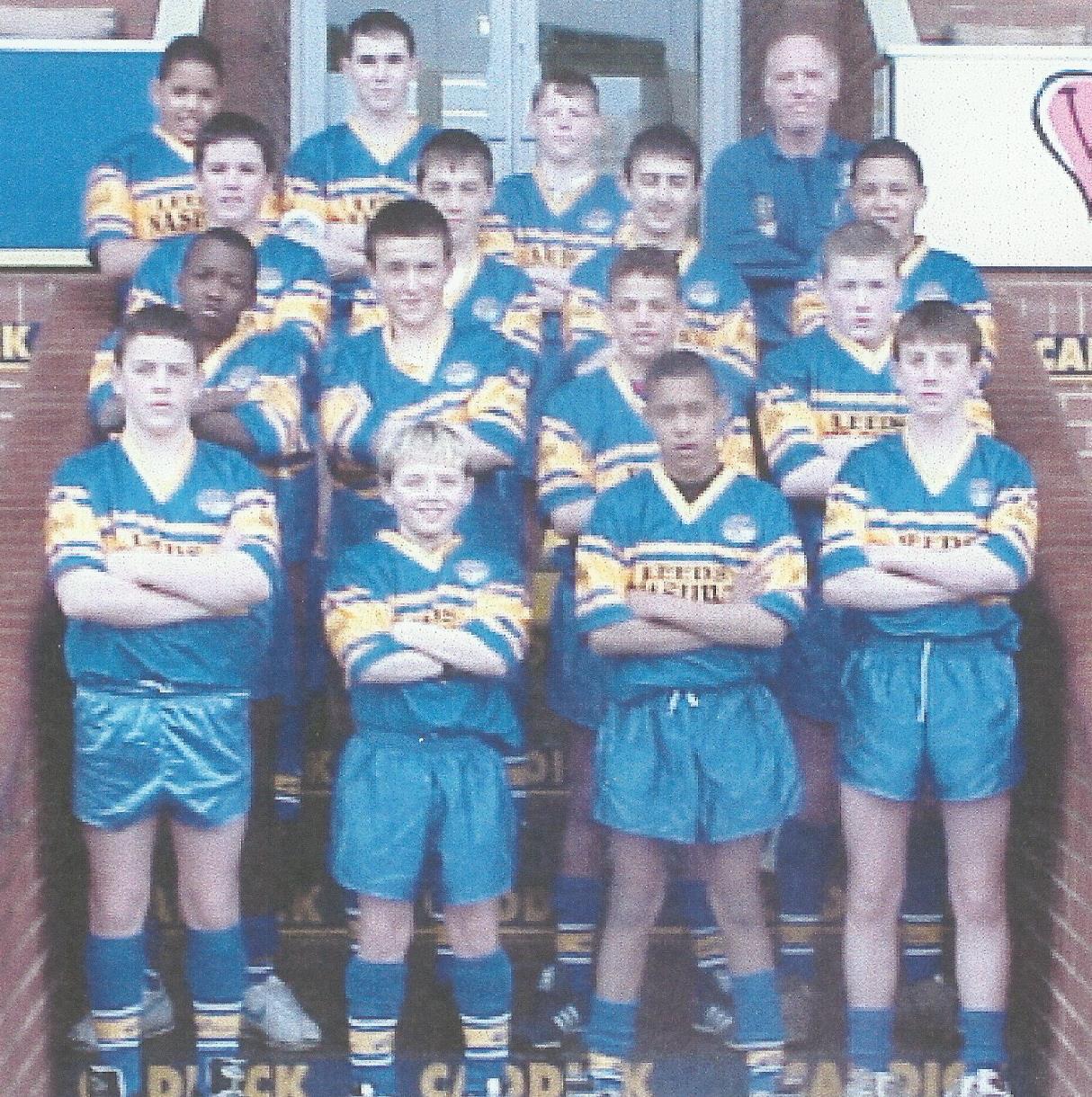