Raiders and Stanningley in battle for play-off spot 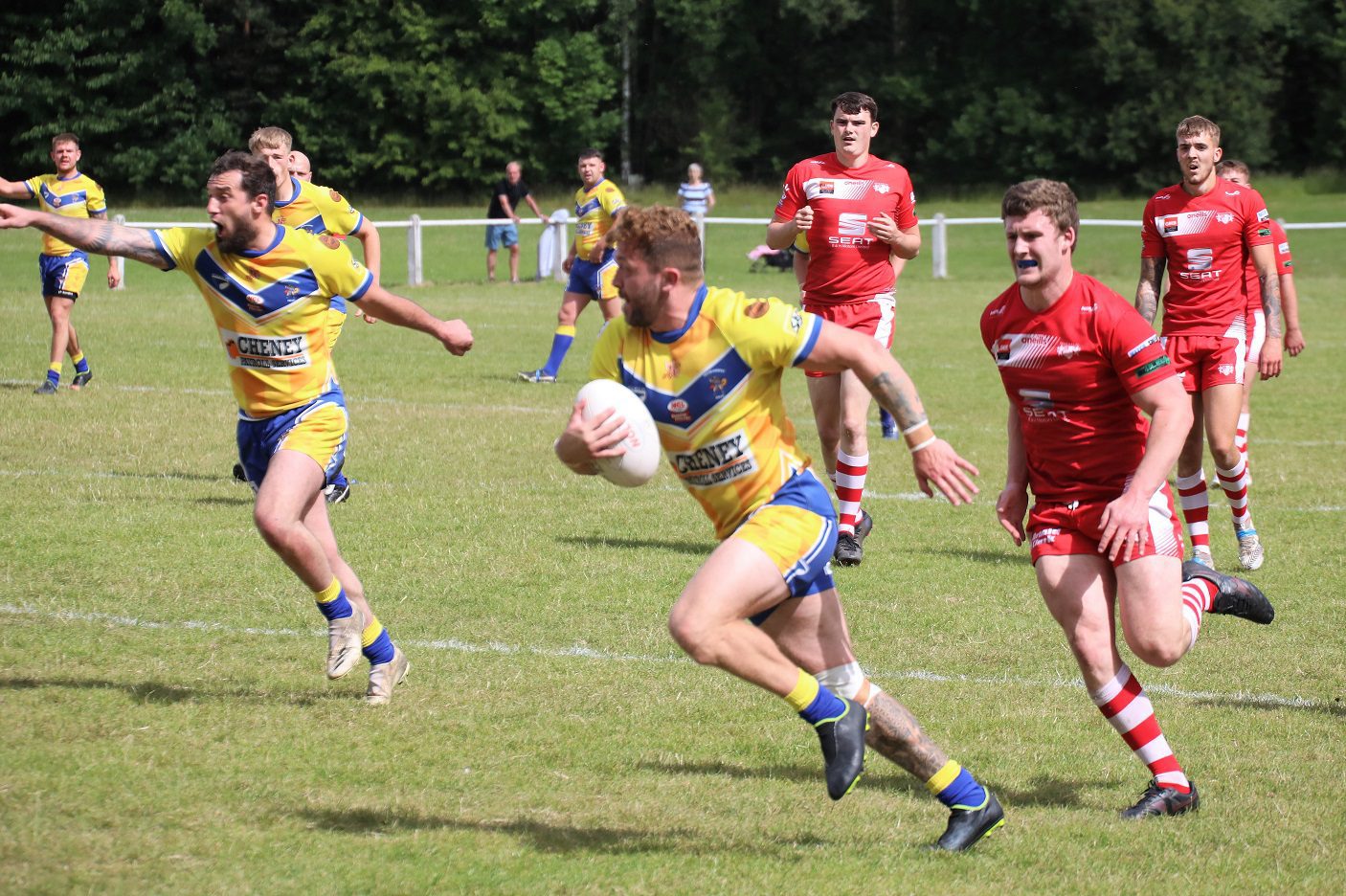 It’s all to play for as the National Conference League’s 2022 regular season heads to a close.

OULTON RAIDERS and STANNINGLEY are jostling for a place in the promotion play-offs in Division One, with the top two teams in the lower three sections being elevated as of right and the next four meeting for the third spot.

The Raiders are currently in the precious sixth spot, having accounted for 16-man Saddleworth Rangers 52-12. Oulton, who were 20-12 ahead at half-time, closed with three tries and a goal by Will Milner, a Harry Kendall brace and tries by Hal Day, Liam Wiggins, Adrian Holdsworth, former Hunslet man Reece Chapman-Smith and Leon Rymer, that latter appending four goals. Danny Mackintosh improved one score.

STANNINGLEY crushed FEATHERSTONE LIONS, who travelled with only 15 players, 78-0. Tom Flannery led the way with 34 points from three tries and eleven goals, Henry Turner touched down on four occasions, and there was a brace for Jack Flanagan. Dylan McAndrew, Daniel Barcoe, Carl McGuigan, Dean Parker and Sam Moorhouse (another former Hunslet man) closed the account.

The region’s top-flight representatives, HUNSLET CLUB PARKSIDE, consolidated their status as the second-placed team in the Premier Division with an 18-0 win over Leigh Miners Rangers. Kieran Murphy scored the only try of the opening period, Ben Shulver crossed shortly after the restart, and Connor Squires and George Clarke touched down in the final quarter, Andy Hullock landing the only goal of the game.

HUNSLET WARRIORS were beaten 32-12 by visitors CROSFIELDS in Division Two after having trailed 24-0 early in the second half. Josh McLelland scored a try and two goals and Tyler Dargan dotted down.