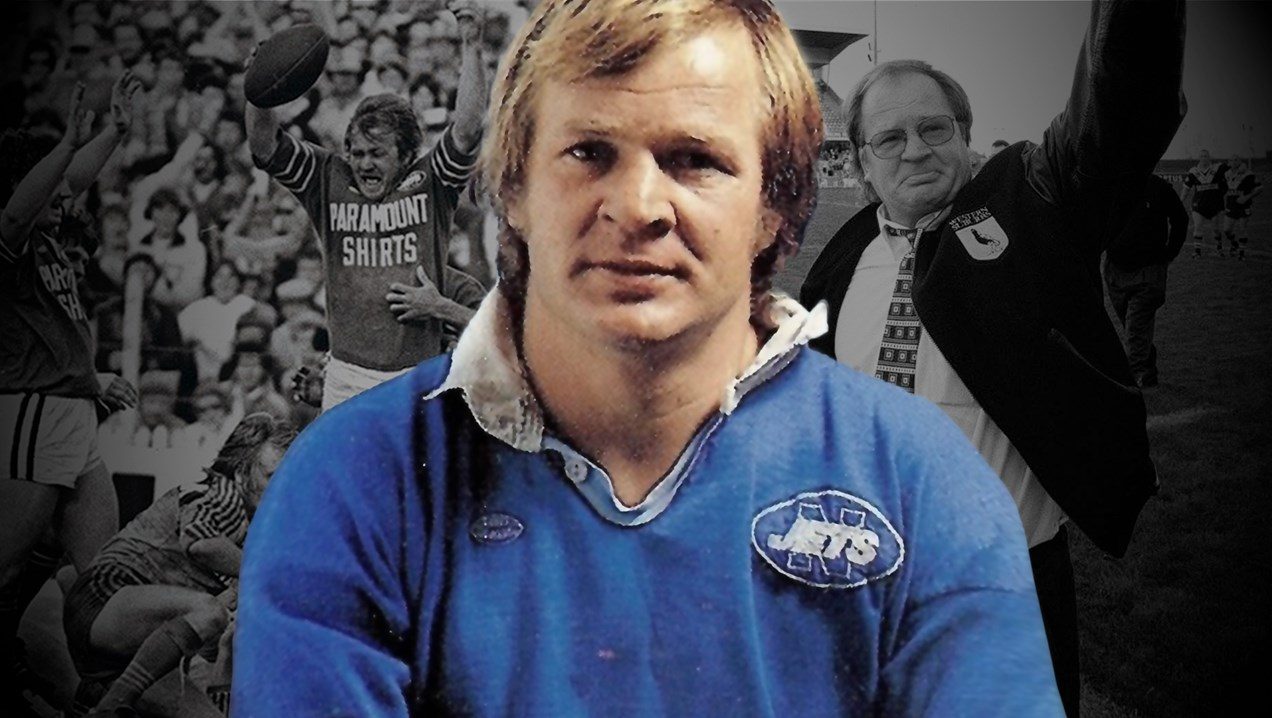 Hunslet’s good friends in Sydney, Newtown Jets, are in mourning for the legendary Tommy Raudonikis, who died on Wednesday 7 April 2021 at the age of 70 after a brave battle with cancer.

Glen Dwyer writes: “Tom, one of the great identities in the history of the Rugby League game, made his senior debut with the RAAF club in Group 13 in southern NSW in 1968.

“The lively young halfback (and five-eighth early in his career) was recruited by Western Suburbs from the Group 9 club Wagga Kangaroos and joined the Magpies in mid-1969. He played 202 games with Wests from 1969 to 1979, where he attained legendary status and regular representative honours.”

Dwyer continues: “John Singleton recruited him to the Newtown Jets in 1980, where he proved to be the perfect addition to the powerful Jets squad that Singleton and coach Warren Ryan were assembling.

“Tom played with Newtown for three dramatic seasons from 1980 to 1982. Terry Rowney recalls that Raudonikis provided Newtown with inspired leadership and a never-say-die determination that transformed the Jets from being cellar-dwellers into nearly making the semi-finals in 1980, and then on a thrilling surge into the Grand Final against Parramatta in 1981.”

“He captained NSW in the inaugural State of Origin match played at Lang Park in July 1980,” adds Dwyer, reflecting, “Raudonikis moved to Queensland in 1983 where he coached in the Brisbane first grade competition for several seasons. He later coached Western Suburbs and NSW in the 1990s.

“Tom played for NSW on 24 occasions and 20 times for Australia. He was a member of both the Western Suburbs and Newtown Teams of the Century.

“Tom was an outstanding Rugby League personality, the like of which the Newtown RLFC is unlikely to see again in a very long time. Newtown extends sincere condolences to Tom’s partner Trish and to all his family members.”