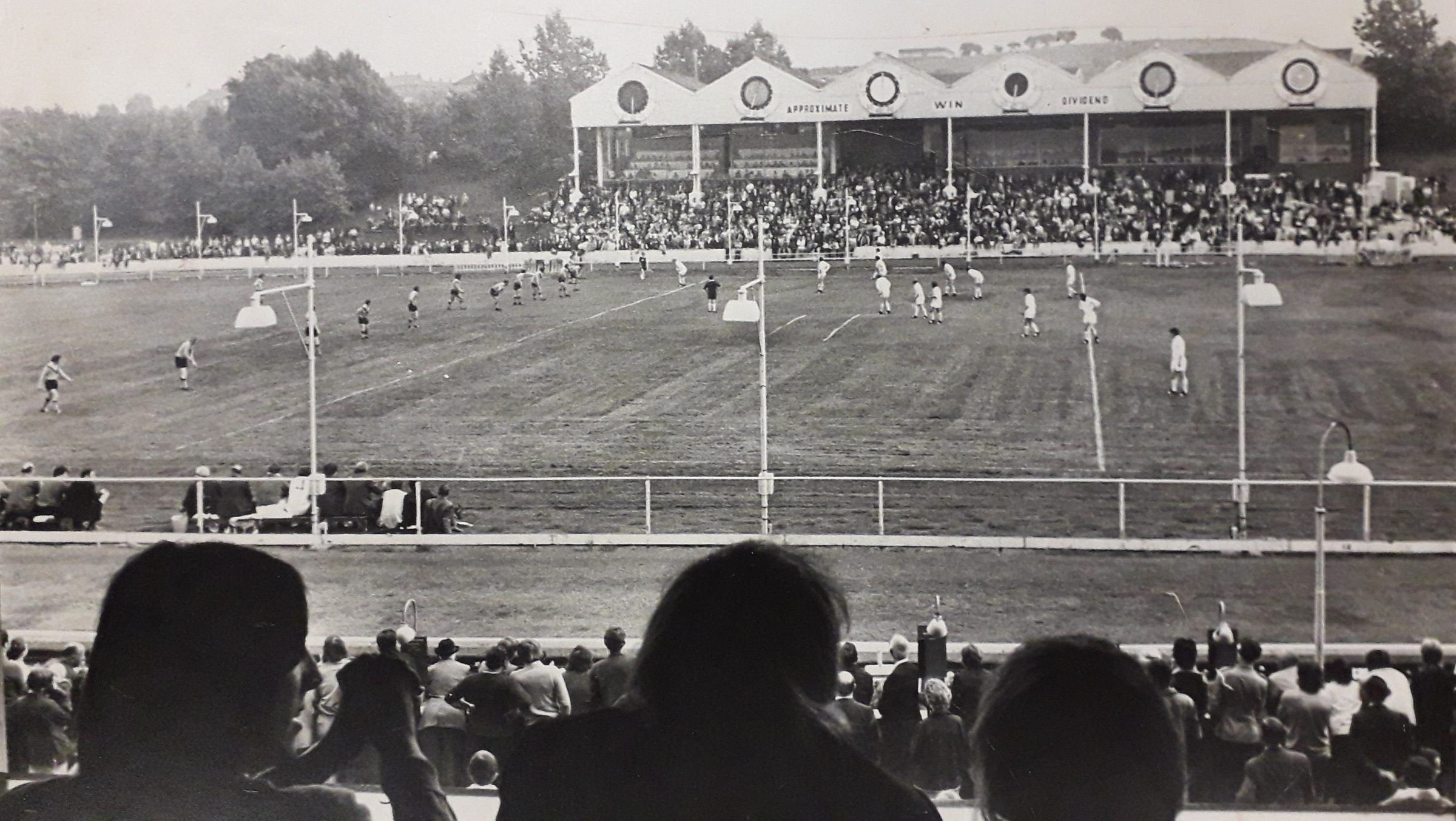 Long-standing Hunslet Rugby League supporter Adrian Jinks has stepped forward to conclude a debate over which Leeds United player performed the ceremonial kick-off on 26 August 1973 when New Hunslet – born out of the ashes following the sale of Parkside that year – beat Huyton 23-0 in the first match at the Leeds Greyhound Stadium.

Hunslet’s press officer Phil Hodgson, who was on the terraces that day, believes that Bobby Collins took centre stage while Chairman Kenny Sykes, who played in the game, maintains it was Billy Bremner.

Adrian – an oracle on all things Hunslet – has come up with the answer. He says: “Kenny is right – it was Billy Bremner. However, a little over a year later, for our first game under floodlights at the Greyhound Stadium in October 1974, Bobby Collins had the honour of switching them on. And what an occasion it was, as we shocked the Rugby League world by beating cup kings Widnes 12-5 in the BBC2 Floodlit Trophy.”

Another veteran supporter, Frank Dignan, was also at the Greyhound Stadium for the famous Huyton game.  He recalls: “It was Billy Bremner – then Leeds United captain.

“Labour leader Harold Wilson had been invited to do the honours, being the MP for Huyton and himself a Rugby League fan. He was unavailable, so Billy stepped in.