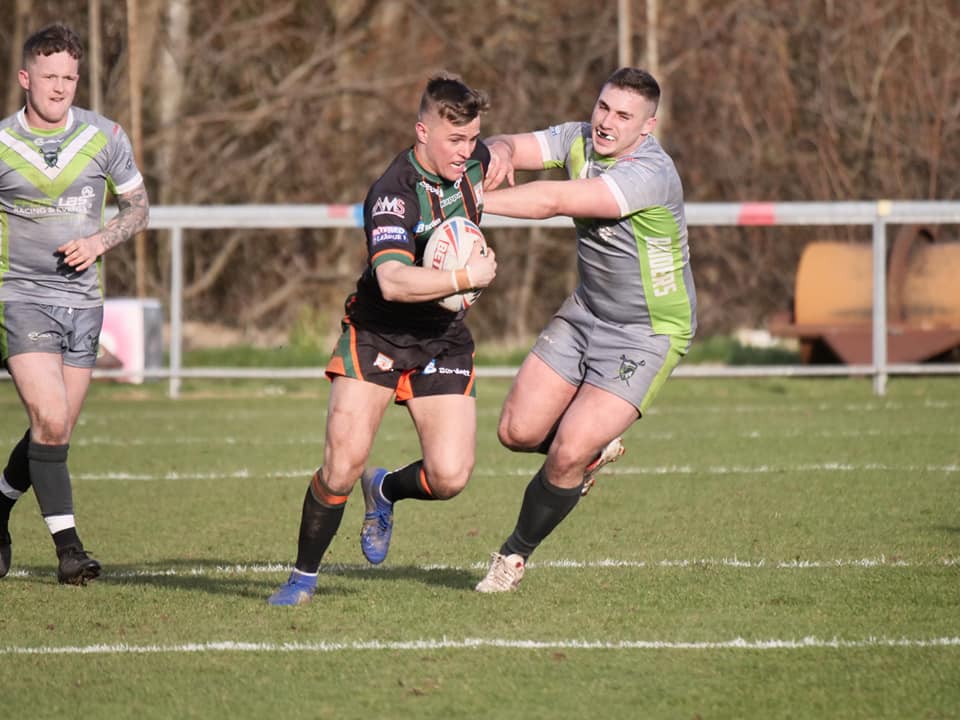 One of the brightest young talents in Betfred League 1, Hunslet’s Kiedan Hartley, is to stay at the South Leeds Stadium next season.

The Parksiders’ Head Coach Gary Thornton said of the 20-year-old: “Kiedan joined us in pre-season last year, and immediately stood out and impressed the coaching staff in training and trial games with his pace, strength and footwork.

That earned him a starting spot on the wing where he showed his ability and skillset. He was improving with every game, so it was important we kept him on board so he can continue with his progression”.

Thornton added: “Kiedan is primarily a fullback, and he still has ambitions to play there, but his performances on the wing have shown how adaptable he can be – so he becomes a valuable member of the squad”.

Hartley said: “I was given a chance by Hunslet after a forgettable year at Featherstone and I’m very happy here; there was a real buzz in the camp earlier this year, the whole squad felt that something special was about to happen.

One or two lads have gone, and we wish them well. But we’ve kept a good core and it feels a bit like unfinished business.

You can have all the good players you like but if they don’t gel, if there are lads in the team who won’t go the extra mile, you won’t do anything. We still have that and I’m delighted to be here. There’s a real craic at Hunslet, we’ve a great group of lads, I enjoy training and I enjoy my rugby.

A big factor, too, is how the younger lads such as me are treated by the older ones. Dom Brambani for example has always been supportive. He’s a player who has done so much in his career. Sometimes blokes like that don’t take time to talk to the younger lads. But Dom – and the rest of the senior players – are nothing like that. They’re all totally supportive and welcoming, they just see everyone else as players”.