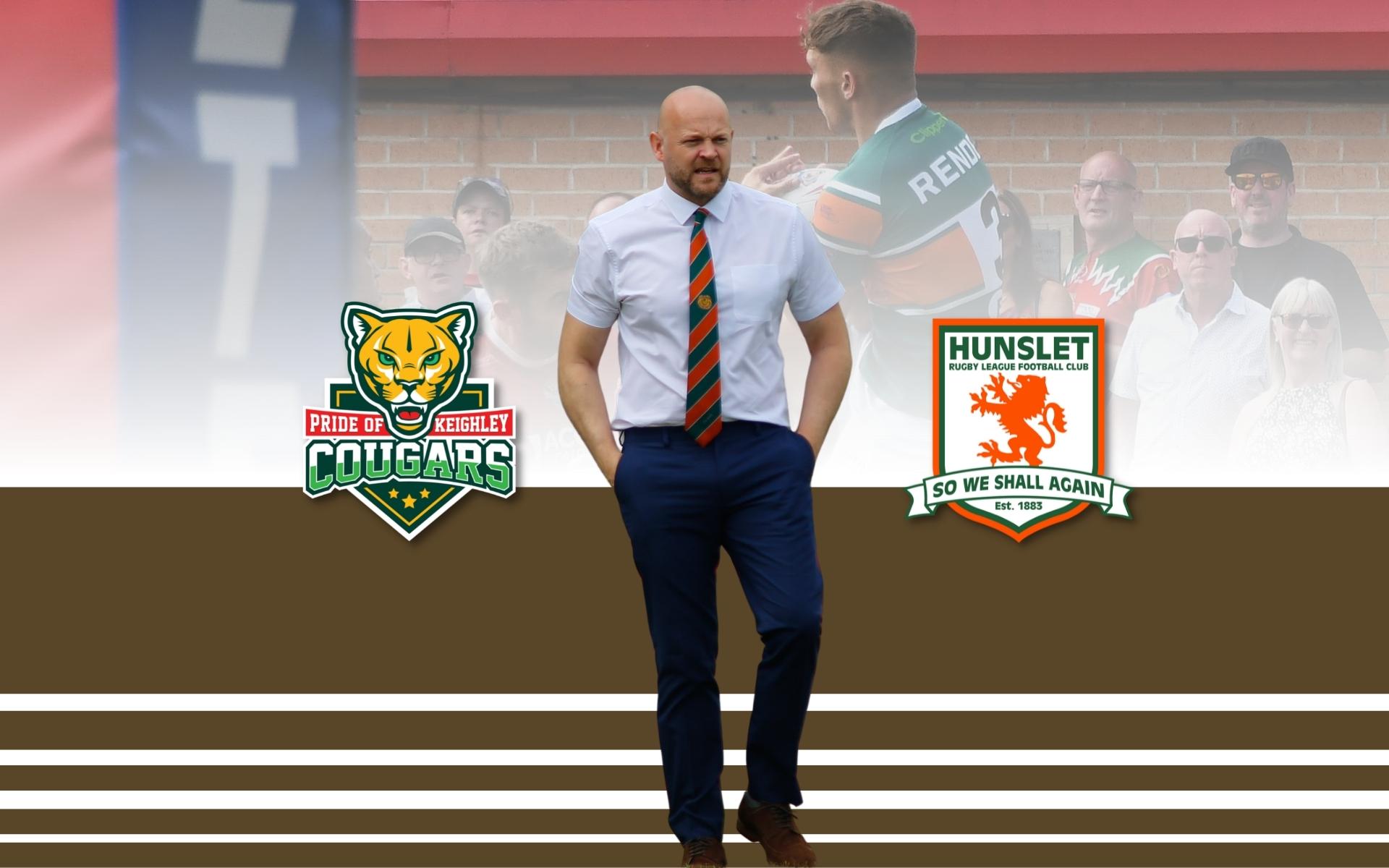 On the face of it, a 60-18 defeat, with ten tries conceded, is not a great experience for any Rugby League team – and it certainly wasn’t for Hunslet, who lost by that scoreline at unbeaten Betfred League One leaders Keighley Cougars on Sunday.

However, there were a number of genuinely mitigating factors in the reverse, not least the sin-binning of Matty Beharrell for a professional foul seven minutes before half-time.

The Parksiders were very much in the contest, at 12-6 adrift, when the halfback was shown the yellow card. But when he returned the Cougars were 36-6 ahead, having made the most of the extra man in the blistering heat to post four tries, all of which Jack Miller converted in a ten-from-ten return with the boot, which was another factor behind Keighley’s winning margin.

So was the fact that, when Beharrell was sin-binned, two of Hunslet’s more experienced forwards, Harvey Hallas and Kieran Moran, were off the pitch. Head coach Alan Kilshaw said: “For all that, we need to manage being a man short better, even though it’s not something we’re used to, given our good disciplinary record this season.

“I was really pleased with the way we’d fought back from 12-0 down, with a soft try having been conceded, to only six points adrift, but Matty Beharrell’s sin-binning – which I believe was unnecessary as no prior warning had been given – clearly turned the contest, there’s no getting away from it. Keighley have spent a lot of money on building a very good side and, in that heat, they weren’t going to waste having an extra man, and they made the most of seven or eight successive sets.”

`Killer’ continued: “At 54-6, with the hour-mark approaching, we were really looking down the barrel but I’m very pleased by how our players dug in, notching tries by Macauley Hallett and Jordan Paga, with Pat Walker – who had converted Hallas’ opener – adding both goals before Keighley scored a late try.

“So there are some positives to take out of the game, for sure, plus there were no injuries to report after a week of setbacks which included hooker Cam Berry suffering a broken hand in an accident at work. I’ve never known, in all my time in Rugby League, such adversity as we’ve had this season.”

He concluded: “It was reported that I’d looked angry during the game, but I’m not sure where that came from. I certainly wasn’t beaming with joy, and I was probably frustrated, but that’s about it. I was in our directors’ box, serving the last game of my two-match ban from the touchline. It’ll be good to be back in the dugout for Sunday’s trip to Swinton, but we definitely handled communications better at Keighley than we did at home to Midlands Hurricanes.”