Big win for Hunslet in the London heat 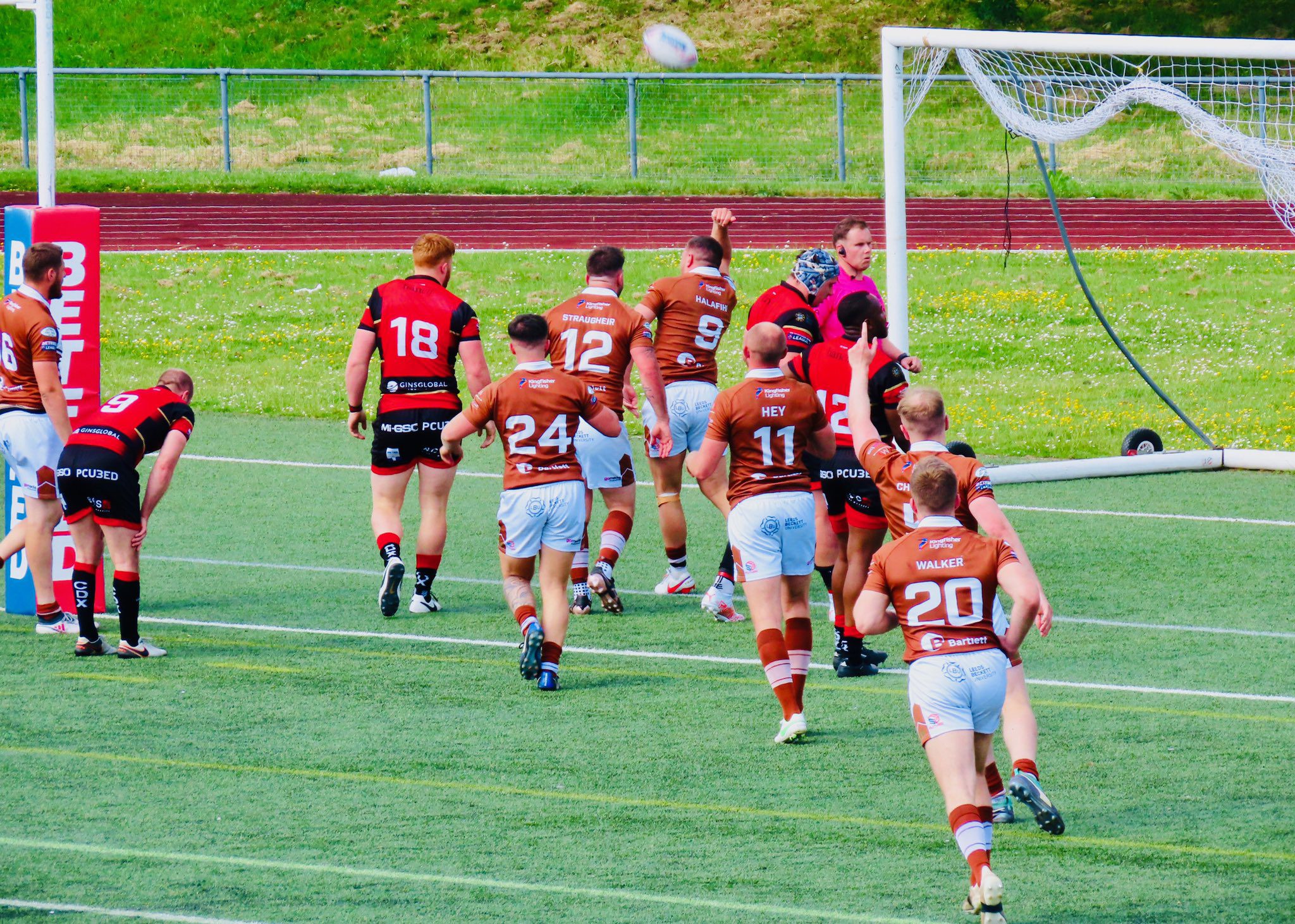 Hunslet scored an emphatic victory in London running in twelve tries on the artificial surface at New River Stadium.

London were first onto the score sheet, but a five minute blitz saw two tries from Tommy Ashton in quick succession, followed by Dave Gibbons’ first try and set the tone for the rest of the game.

A second burst of tries followed halfway through the first half as Halafihi scored twice and Gibbons got his second. Alex Brown finished the first half scoring and with Simon Brown kicking four out of seven conversions, the Parksiders went in 6-36 ahead at the break.

If the Skolars hoped to turn things around in the second period they we out of luck, as Sion Jones crossed twice for Hunslet in quick succession.

London did get on the scoresheet again midway through the half, but Halafihi completed his hattrick, followed quickly by Matty Chrimes. Alex Rowe completed the scoring on the hooter to complete the 10-62 win.

Although the injury list continues to be a worry, players like Halafihi coming back to fitness and loan players performing well are positive signs for the Parksiders. And back to back wins mean Hunslet prepare for the visit of Doncaster next week with confidence.