Bramald names squad for must win clash against North Wales 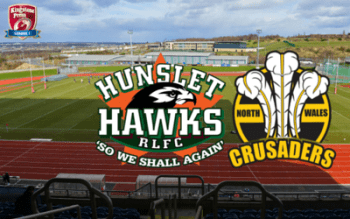 Sunday’s game will be the first time the two clubs have ever met.

A victory on Sunday would ensure we finish in the top 8, meaning we would compete in the Super 8s competition. If other results go our way, the Hawks could actually finish the season in 7th. It promises to be an exciting end to the regular season.

Jimmy Watson returns to the squad after recovering from a groin injury. Lee Mapals misses out due to an ankle injury and is replaced by Kyran Johnson, who is set to make his Hawks debut after joining on loan from Featherstone Rovers.

The Squad in full: