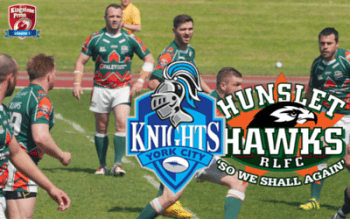 George Flanagan misses out for the second week running as he completes his two game suspension. Craig Robinson returns to the squad replacing Mathew Tebb who left the club earlier this week.

The Hawks will be looking to make it three league wins on the bounce for the first time this season as we try to consolidate our position in the top eight.

York currently sit third in the league table and will be looking to win to keep the pressure on Toulouse and Rochdale at the top of the league.

The Squad in full: